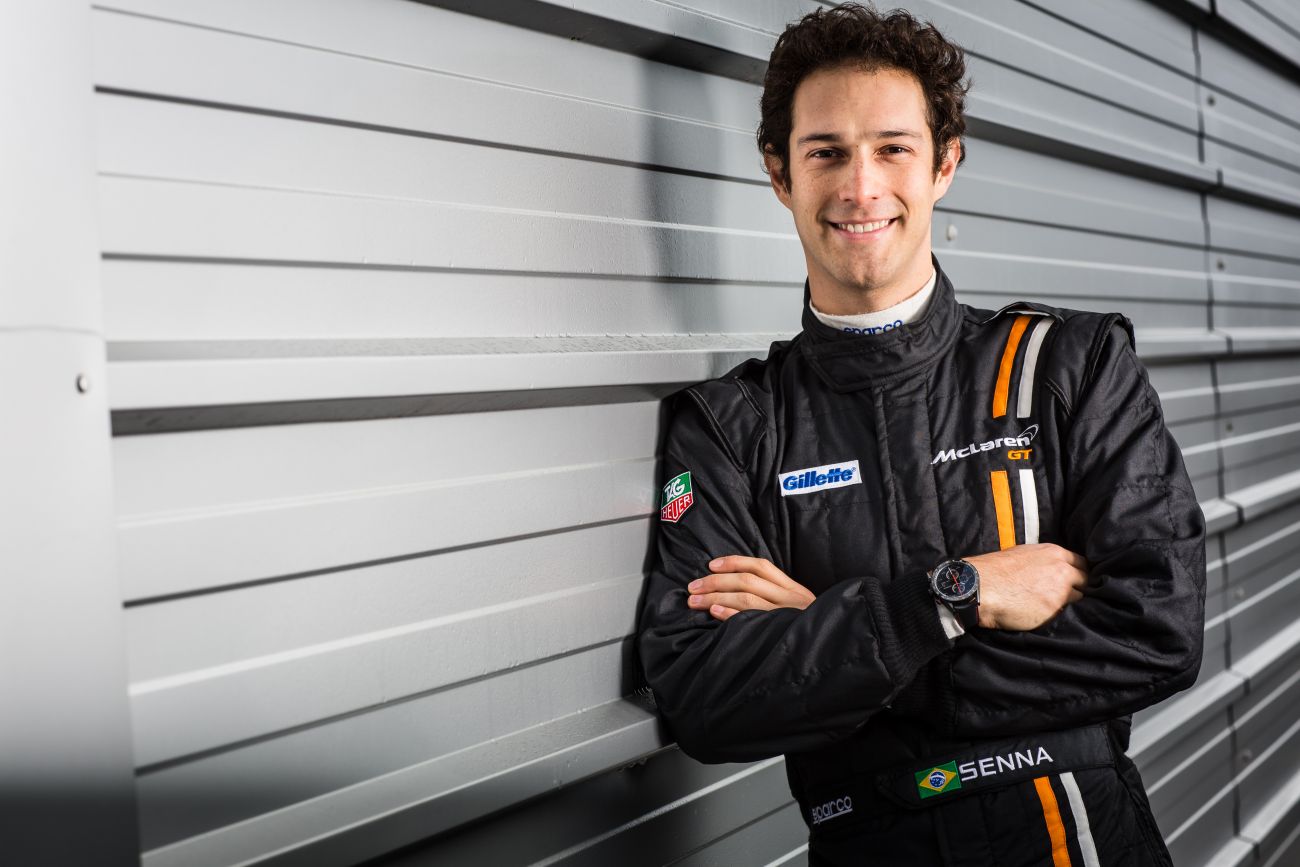 McLaren GT is pleased to announce Brazilian ex-Formula 1 driver Bruno Senna as a factory driver for the 2015 season. Senna, 31, joins the McLaren GT factory driver programme alongside Rob Bell, Kevin Estre and Alvaro Parente. His role will involve the on-going development programme for the 650S GT3 and 650S Sprint models, as well as racing in selected events with the new 650S GT3, which makes its competitive debut with McLaren GT customer teams this year.

Senna, nephew of triple Formula 1 world champion Ayrton, has extensive experience of single-seater and endurance racing. A race winner in British Formula 3 and runner up in the 2008 GP2 series, Senna progressed to the pinnacle of the sport racing for three seasons in Formula 1. He raced with McLaren GT in a one-off appearance in the 12C GT3 at the Total 24 Hours of Spa in 2013 for customer team Von Ryan Racing. Throughout 2013 and 2014, he took part in the GTE class of the FIA World Endurance Championship and the 24 Hours of Le Mans, proving to be one of the fastest GT drivers in the category with numerous poles, wins and podium finishes. Most recently, he has been racing in the pioneering FIA Formula E championship.

‘It is a great honour for me to be joining McLaren; a team my uncle enjoyed such huge success with, and one of the most famous names in motorsport. 2015 is a big year for the whole of McLaren, and it is an exciting time to be part of everything that is taking place.

‘I am looking forward to working with the team at McLaren GT who I had a chance to get to know when I raced at the Spa 24 hour a couple of years ago, and I am really looking forward to getting behind the wheel of the new 650S. A lot of effort has gone into the development of the car since the 12C GT3, which I raced, and it made a big impression on its debut at the end of last season. It is shaping up to be a big year ahead.’

‘We are extremely pleased to be able to add Bruno to our factory driver line-up, and it is great to have the Senna name back on a McLaren. Our factory drivers are some of the most accomplished and capable on the grid, and Bruno adds further strength to our team. At only 31, he has a huge amount of experience, having raced with success in all major international championships including Formula 1, European Le Mans Series, World Endurance Championship and the Blancpain Endurance Series.’

Further details of Senna’s competitive plans for the 2015 season will be announced in the coming weeks.