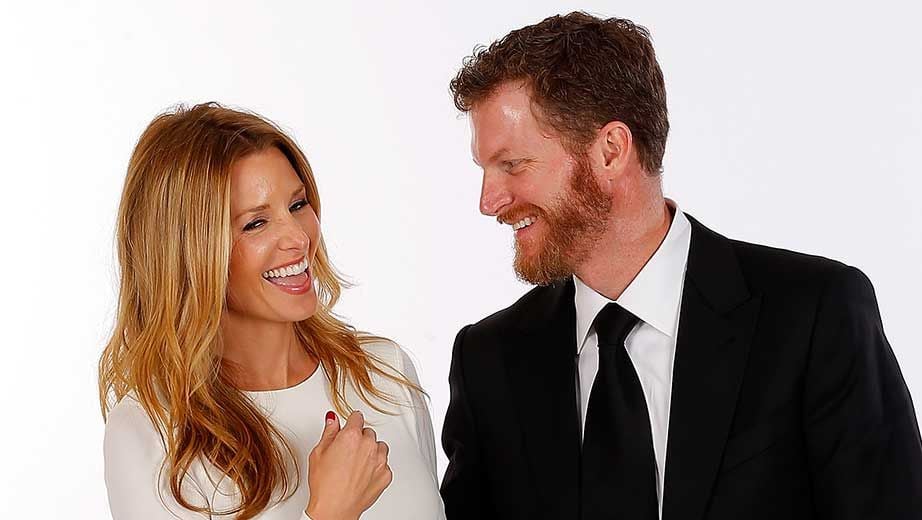 Dale Earnhardt Jr popped the questions while vacationing in Germany. Amy Reimann and Dale Jr scheduled the trip to learn about his ancestors during the NASCAR Sprint Cup Series off-week. Dale Earnhardt Jr. proposed to long-time girlfriend Amy Reimann. And she said “yes.”

The trip has been planned for months and well talked about in the press. Though no mention of course of a plan proposal.

Dale Jr said he had been researching his ancestors for over five years. This weekend he took off oversea’s to trace those roots. He’s coming back engaged to Amy Reimann.

He told USA TODAY Sports just last week it was his first visit to Europe aside shooting a Jay-Z video in Monaco for 24 hours in 2006.

“The people we interact with on Twitter are, ‘When are you going to do it? Pop the question already,'” Earnhardt said in February. “She gets it more than I do: People telling her all the time I need to put a ring on it. When I turned 40, it really ramped up. People are like, ‘Man, your time is running out. Amy is a good girl, what are you waiting for?'”

Looking forward to the rest of my life with this amazing girl.

Congratulations and best wishes to the happy couple!

I’m completely overwhelmed with love & joy. Happiest girl in the world! I love you so much @DaleJr pic.twitter.com/lBxbFLJ4xf

Looking forward to the rest of my life with this amazing girl. https://t.co/EuGZbCVynM — Dale Earnhardt Jr. (@DaleJr) June 17, 2015

Dale Earnhardt Jr: Getting fired led to a NASCAR career

Austin Dillon married a former NFL cheerleader over the weekend