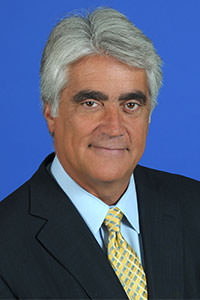 Q. We are just past the midway point of the season with only five races remaining in the 2015 Verizon IndyCar Series calendar.  How would you assess the year so far?

MARK MILES: I think of it first from a fan’s perspective, and I think we’re hitting more than we’re missing. I think the racing has been even more competitive and compelling, perhaps, than the high standard set last year and in previous years.

Everybody probably knows eight winners in 11 events. I think we had historic events in Indianapolis, and even last weekend in Fontana. Attendance is the tale of two situations, where it’s been flat or up a little or up a lot in about half of the events. I think St. Pete and Long Beach were near their recent or historic highs, and even the Indianapolis 500 race was up a bit. And then there is the other half, which I think have been affected in no small part by weather.

From a television perspective, we’re coming off of last year, which had meaningful growth, about 25 percent in average rating and average viewership, and it looks like we’re going to be about flat this year. We didn’t have programming changes like we did last year, and if we can end the year up a tick or not having given back any of the growth from last year, I think that’s probably where we end up. Our digital metrics are all expanding and growing. So we’ve got a lot of season yet to go, but I think so far from a fan’s perspective, most of the metrics have been reasonably positive.

Q. The 2015 season has marked the debut of aero kit body work from Honda and Chevrolet. What role have the new aero kits played in the momentum INDYCAR has experienced this season?

MARK MILES: Again, I think it’s a mixed bag. There are positive changes that have come along with them and then some challenges. I think it’s useful to remember why we wanted to go down the path of the introduction of aero kits, something that had been envisioned for a long time.  Fundamentally in broad terms, I think the reason to do it was to begin to open up technical innovation, and I think a lot of our fans and stakeholders wanted to see that. It was to distinguish the look between Honda and Chevy, and I think it’s done that.

I think they look cooler, perhaps, than the car last year, and it was to increase performance, so we’ve set a number of track records so far this year. Performance in my mind means different things: one, you can measure it by track records, but the other is its contribution to the quality of racing.

On the other hand, I think there have been issues. Disappointing that we start the year in St. Pete, which is great event, and we had set a speed record there before the race, and yet the kits were clearly brittle to use a word and there was more debris on the track, more yellow than we had in mind, and that was not the narrative that we expected or wanted.

There have been issues for the teams related to supply and cost, and obviously there was a significant issue with respect to the set up for the time trials in Indianapolis. A lot of people tell me that some of those issues are indicative of development, that lots of things that have ended up being positive start out with hiccups or challenges, and our engineers, our teams’ engineers, and their ingenuity and our manufacturers get to work and make improvements and eventually we get to where we want to be.

Q. Off the track you’re focused on the completion of the 2016 schedule. What should we expect for 2016?

MARK MILES: We do not expect to have a five month schedule, nor was that ever the goal. The idea was not shorter and less. It was to see if we couldn’t slide the schedule while actually growing it earlier in the year to be in a more ideal or beneficial television period. The model we have been pursuing has been seven months, 16, 18, 20 events and the number of events more is not necessarily better, it has to work on the calendar.

From a television audience perspective, I think I can invite any number of television executives to a call like this and without exception we would hear them say that from a television perspective, the post Labor Day period for us will be a challenge. Clearly, though, when we end the season next year will be directly related to when we can start it. We are not going to have a five month season next year. I think we’re going to have some good options at the beginning of the year. We’ve got some races that are on the schedule we’ve got to know for sure are going to be with us next year, from their perspective.

We’ve got a new anchor race in Boston on Labor Day weekend. When we announced it, we made it clear that we had not decided if it would be the finale and for emphasis, at this point I would guess it won’t be, but that would ultimately come down to what the full shape of the schedule will look like when we know what our options are.

Q. This past Saturday at Auto Club Speedway, we saw an unbelievably exciting race, but afterward there has been discussion about the racing and if it was too close. What has been your reaction to the race?

MARK MILES: The Fontana race definitely had two sides. It was compelling, it was adrenaline filled, it was hard to look away, at times it was hard to watch. It was so exciting. The TV rating, the audience nearly doubled. It was up 83 percent and it was the most-watched NBCSN race since 2011.

Obviously, there were drivers that were very concerned about it. That is something we listened to. It’s something that (president of competition and operations) Derrick (Walker) and his team listened to. When they heard about it on Friday, they did talk to other drivers, and their judgment at the time was that we ought to go on with it. And different drivers had different perspectives on it, but making a change in the aero set up at that point was not the best course of action.

Our folks believe that there are two primary reasons that the racing was so tight. One was that we probably did go a step too far with the downforce that we allowed or provided for in the aero spec, and the other was that it ended up being much cooler race than expected and obviously temperature has something to do with it.

I would say it is a two sided coin. This is an inherently dangerous sport. You’ve seen Ed Carpenter and others talk about it recently.  We’ve got to be the kind of sanctioning body that the drivers feel comfortable coming to and believe that smart people listen and make the best judgments possible. Not all the drivers have the same point of view about anything. I think we have demonstrated that we do care about safety, and fundamentally also about growing this sport and attracting more fans. All those things are in the mix. I think we were probably closer than we had in mind in Fontana.

2. Pro Mazda driver Johnson returns to car at Mid-Ohio test: Three months after sustaining fractures to his hip and pelvis in a practice incident on the streets of St. Petersburg, Fla., Michael Johnson returned to the racetrack June 30 for a Pro Mazda Championship Presented by Cooper Tires test at Mid-Ohio Sports Car Course.

Johnson, driving for JDC Motorsports, is the first and only paralyzed driver licensed by INDYCAR to compete in Mazda Road to Indy developmental ladder program.

On March 27, Johnson’s car made heavy contact with a Turn 3 barrier on the 1.8-mile, 11-turn St. Petersburg street circuit. He was admitted to Bayfront Medical Center and discharged on April 15.

Kyle Busch explains his absence regarding the TV interview