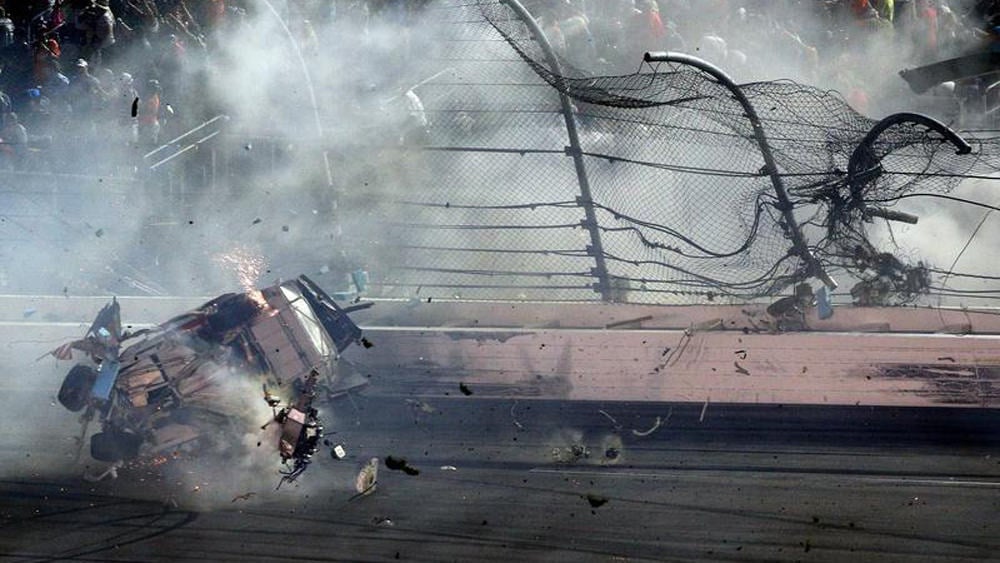 Austin Dillon exited his car with the help of both safety officials and several different team crews as well. Several reports from NASCAR announced a few fans had suffered injuries from parts flying into the stands at 200mph. It was later announced those fans were being treated for minor injuries.

Frankly the way that car stopped instantly against the Daytona catchfence, it’s amazing this story doesn’t have a much darker version. We are all very thankful the NASCAR driver was able to walk away. The onboard video below from Tony Stewart shows just how dangerous this accident was.

At the time the race broadcast went off the air it was around 3am. There was no word of Austin Dillon leaving the track hospital though he did climb out of the torn car under his own power and walk to the ambulance.

The Austin Dillon crash video has been embedded below. The two videos show the view of the Daytona crash from both the broadcast and fan view.

The Austin Dillon crash results in the No. 3 Chevrolet car being totally destroyed. The front and rear ends cut, missing, after it came to a stop on its roof at the end of the pits. Followed by another impact from Brad Keselowski. The impact threw Dillon’s engine into the grass.

Drivers including race winner Dale Earnhardt Jr were first to comment on the safety of both the track catchfence and the racecars. Everyone was happy to see Austin Dillon walk away under his own power.

View the incredible crash media below.

Austin Dillon comments on the move to win the Daytona 500