RONNIE THE LIMO DRIVER Will Drive Pace Truck at Eldora 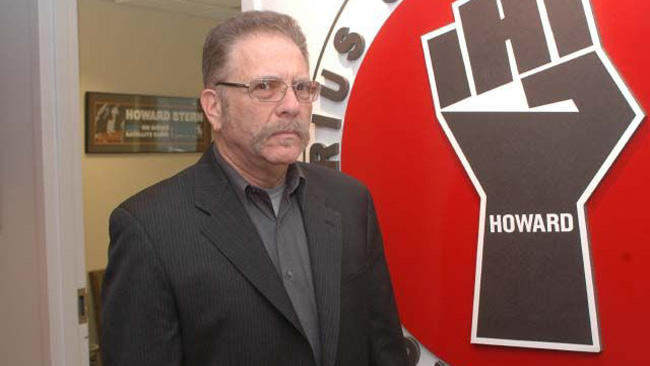 “I was blown away when I got the invite,” Mund said. “I’m so excited and especially honored that it is at Tony’s (Stewart) track. I can’t wait to experience the legendary Eldora and an event that is becoming a must-see event for NASCAR fans.”

Mund has worked with Stern since 1985. He will work with Stern on Wednesday morning and then fly to Ohio for the race.

“This is a dream come true for Ronnie,” said Roger Slack, general manager of Eldora. “He is a huge NASCAR fan, a big fan of what we do here at Eldora and we’re pumped to have him drive the Chevrolet Silverado pace truck outfitted with SiriusXM in the 1-800-Car-Cash Mud Summer Classic.”

The 150-lap Truck Series race is contested in 60-50-40 lap segments. As is dirt-track tradition, the starting field is set by five qualifying heat races.

For the third straight year, the American Legion Post 648 Honor Guard from St. Henry, Ohio , will present the colors of the United States and the St. Henry (Ohio) High School marching band will perform the National Anthem.

Since carved from a cornfield in the natural amphitheater that existed between the Eldora Ballroom and the Wabash River by bandleader Earl Baltes in 1954, Eldora Speedway has grown to be a frontrunner in motorsports growth and stability. Celebrating its 62nd season in 2015, Eldora hosts the biggest events in short-track racing including the 21st annual Dirt Late Model Dream by Ferris Mowers; the 32nd annual Kings Royal Weekend; the third NASCAR Camping World Truck Series 1-800-Car-Cash Mud Summer Classic; and the 45th annual World 100. The complete schedule for Eldora’s 62nd consecutive season, including ticket and campsite information, is available at www.EldoraSpeedway.com and can be requested by phone at (937) 338-3815. Fans can get behind-the-scenes access of Eldora Speedway by following @EldoraSpeedway on Twitter, hitting ‘Like’ at www.facebook.com/EldoraSpeedway and on www.youtube.com/EldoraSpeedwayInc. The Eldora Speedway app for the iPhone, iPad and Android is available for free download via iTunes and Google Play.