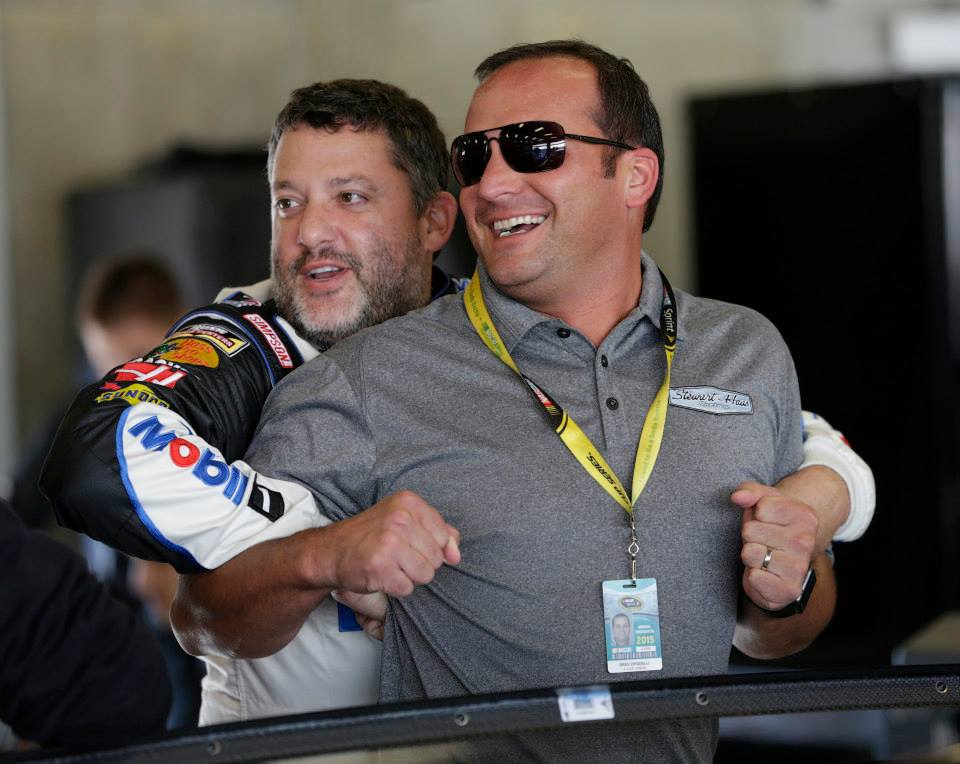 Tony Stewart retiring as an official announcement spoken from the driver himself. Stewart said he will be retiring in 2016 after the completion of next years racing season. He will run the full season in 2016, absent from the 2017 season.

Tony Stewart will remain a team owner of Stewart-Haas Racing. This news of Stewart has been expected as rumors circulated over the course of the last week. It was previously reported here.

The official Tony Stewart retiring announcement came from a press conference held at Stewart-Haas Racing. “This is a major decision and that’s what makes it so hard.” The change in direction was made official as well as a driver replacement in the #14 car, that new driver being Clint Bowyer.

I can rough everybody up next year if that’s what it takes to accomplish my goals.

“I’m still going to race” says Tony Stewart. He just won’t be a full time NASCAR Sprint Cup Series driver. Stewart says he’s not really retiring, he’s just changing roles. He’s open to racing in all series of the motorsports ladder and hasn’t really thought about what he’ll be racing in the future.

I don’t like long walks on the beach or candlelight dinners says Stewart on what he’ll do with his new found free time. He also says he excited to go to a F1 race.

Tony Stewart was asked if his NASCAR retirement had anything to do with the Sprint Car incident with Kevin Ward Jr. “0%” said Tony Stewart.

Clint Bowyer was officially announced as the replacement driver of the #14 Chevrolet. Clint Bowyer said he was excited to be attached to the brand at Stewart-Haas Racing. He said when he heard that seat would be open, they didn’t have to call him.