Christopher Bell had the dominant car and took the checkered flag at Five Flags Speedway on Sunday. However, the #51 Kyle Busch Motorsports driver did not pass post race inspection. The staff at 5 Flags Speedway allowed him 3 attempts at the scales, post race. 90 minutes later, Chase Elliott who finished 2nd became the winner after Chris Bell was disqualified.

“I know the heartbreak and how it felt two years ago standing right here in this exact position and to be on the other end of the stick, loading up when everyone else is going through tech,” Elliott said. “It makes you want to crawl into a hole. That’s a feeling I’ve officially been on both ends of.

“So we’ll happily take this trophy home and get ready for Daytona.” 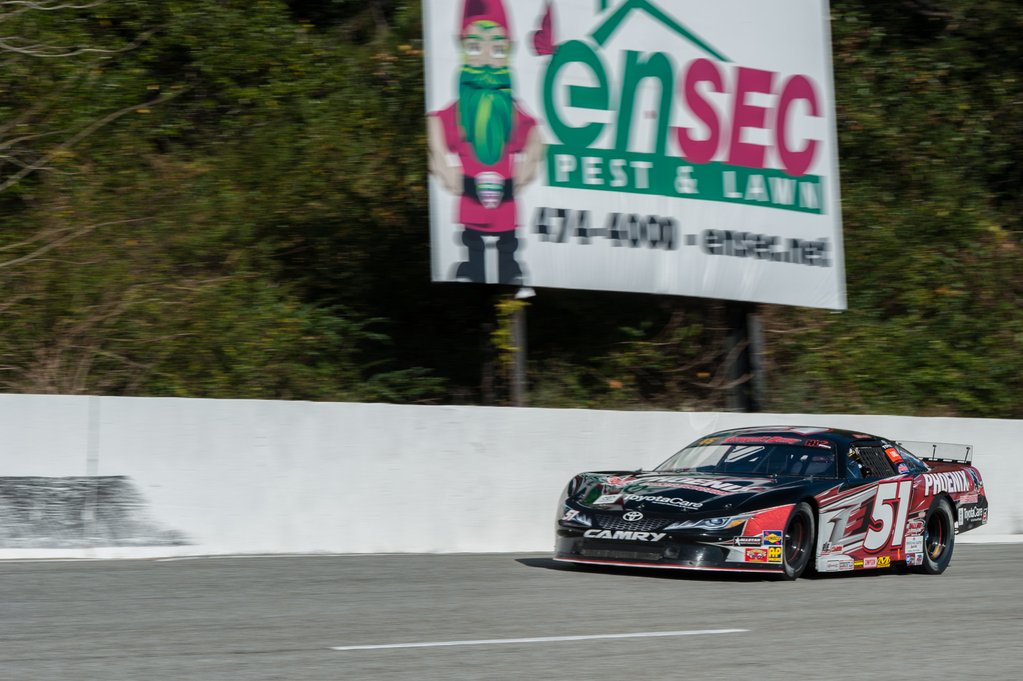 “I just had a really good race car. I can’t thank KBM enough.”

Chris Bell had two run ins with tech inspectors this weekend. It took both in good spirits though.

Christopher Bell broke the the track record in qualifying. However, he was disqualified and forced to the last chance qualifier, just to make the starting grid of the main event.

?? RT @LSUFAN869: @KyleBusch It seems to me someone at the Snowball likes the attention he gets with this DQ Biz?

Our @KBMteam car passed prerace. During race u burn fuel and gain tire rubber on chassis. After race u can’t add fuel and we .3% too much. — Kyle Busch (@KyleBusch) December 6, 2015 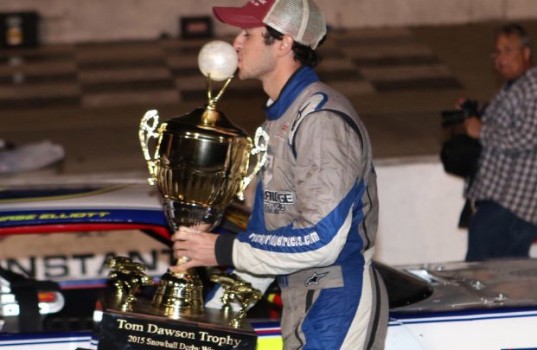 John Hunter Nemechek took the lead late in the event on lap 277 from Christopher Bell on a restart. However, Lap 285 saw a new leader as Bell regained the top spot. Nemechek dropped like a rock through in the field as his car began smoking with two laps remaining in the race. Smoke now bellowed from the No. 8 car as he sat on pit road. Zane Smith slowed through Turns 3 and 4 and Elliott was able to pass him for second-place.

“At that point, we were just trying to get round him and give ourselves a shot,” Elliott said. “We had been gaining on him the last couple of laps. There was a big fire down there. I think everybody was trying to take it easy, didn’t know what was going on. But regardless, I was happy to get around him.

NASCAR driver Chase Elliott explain his feeling of heading the 2015 Snowball Derby results sheet after a disqualification of the race winner.

“We will certainly enjoy this.”