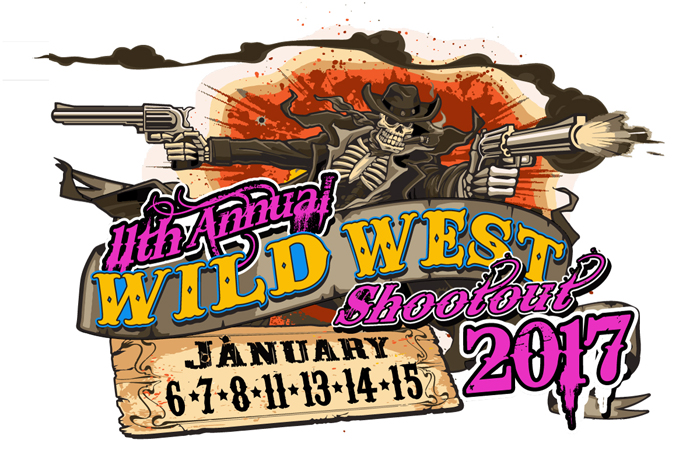 January 17, 2016 – The Keyser Manufacturing Wild West Shootout moving to Arizona Speedway in 2017. Arizona Speedway is a 3/8-mile Phoenix-area oval that will host the popular six-race miniseries for the first time in 2017.

The announcement was made Sunday afternoon at USA Raceway in Tucson, Ariz., before the $11,000-to-win Super Late Model finale of the three-division miniseries that drew nearly 150 competitors to the desert.

“We look forward to maintaining the momentum of the West’s biggest winter racing event,” co-promoter Chris Kearns said. “This season we had the best competition and some of the biggest car counts ever thanks to drivers joining us from all over the country.”

“We’re excited about the future of the event and we have even bigger plans for next year,” said Kearns, adding that instability in Tucson sent he and co-promoter Kevin Montgomery looking for a new home for the event.

“You can definitely pass if you’re faster,” said Thornton, who won 11 features while often starting in the sixth row. “It never rubbers up … It will get a little bit dirty for the first two to three laps and then the track will clean off and then you just get after it.”

Arizona Speedway owner Jonah Trussell will welcome Wild West Shootout co-promoters Kearns and Montgomery (pictured) and the entire miniseries team for next January’s event with Super Late Models, USRA modifieds and X-mods on the card for events Jan. 7-8, 11 and 13-15.