Teresa Earnhardt and her effort to take control of Earnhardt name 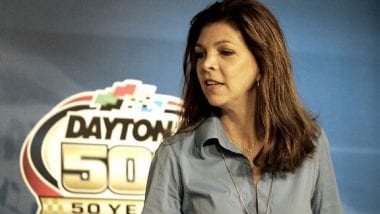 Teresa Earnhardt was the third wife of NASCAR legend Dale Earnhardt Sr. She married into the Earnhardt name and she has since ran with it for the sake of money, control and drama.

She’s claiming she has more rights to the Earnhardt name than those who were actually born with the name Earnhardt.

This is not the first time an issue like this has come to the surface. In the past she has prevented Dale Earnhardt from using the #8 car. A number that has been in the Earnhardt family since they started racing. She forced him to the #88 as Dale Earnhardt Inc was the owner of that number for competition in the NASCAR Cup Series.

She is now trying to prevent Dale Earnhardt Sr’s first son Kerry Earnhardt from using his own name in a business name. Kerry Earnhardt and his wife own a non-racing related company that promotes and sells the “Earnhardt Collection” of homes.

Trademark Trial and Appeals Board dismissed Teresa Earnhardt’s claim, saying “The opposer did not offer any testimony or evidence that the goods and services in the registrations were related to applicant’s goods and services.”

This week that story continues. ESPN reported Teresa Earnhardt filed an appeal to the TTAB decision with the U.S. Court of Appeals, claiming Kerry Earnhardt is improperly using the trademarked Earnhardt name.

The Earnhardt family has since commented on the issue and Teresa Earnhardt.

Kelly Earnhardt and VP of JR Motorsports took to twitter to comment. “Hate that my brother & family have to deal w/ this nonsense for over 4 yrs. It’s our name too! We were born w/ it!”

When Ganassi was asked why the team released her, he replied “Teresa was a good partner but she was no longer there. So I just bought her share of the team and reverted the name.”

U.S. Court of Appeals rules in favor of Teresa Earnhardt in Trademark Case

How will the Dale Jr DEI throwback go over with Teresa Earnhardt?