iRacing Dirt racing simulation was confirmed back on April 1st, 2016. Despite, the date the announcement, it was no joke. DirtConfirmed.

Now we are seeing the first iRacing dirt video released by the online motorsports simulation service. Watch the video from iRacing’s Eldora Speedway below.

The video shows a dirt street stock circling the still unreleased, digital Eldora Speedway. The track surface had been slicked over in the top groove. The beta video shows the street stock running the middle groove of the speedway, in search of grip. 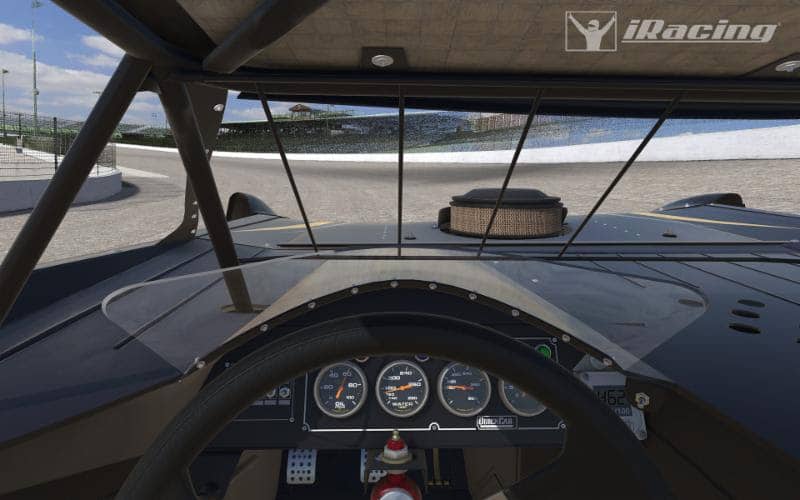 The video was released with the following message. “First drive #dirtconfirmed Dirt Street Stock at Eldora – Work in progress.”

iRacers were quick to jump to complaints, completely missing the “work in progress” part of the message. The most common complaint being that “Dirt shouldn’t show up on a visor with one car on track.” Which isn’t at all technically accurate.

However, at the same time many others, like myself were happy to finally see an iRacing dirt video. The dirt add-on is highly anticipated. It’s been requested by racing members since the games inception.

Others complained, “Dirt cars don’t have mirrors.” Which is 100% true and probably a valid complaint. At the same time, nothing kills a good time like a wreck in iRacing. Mirrors might be a good thing in digital racing.

Should the iRacing dirt cars have mirrors? I think so. It’s certainly an interesting topic, one that will likely take place, forever, in the iRacing forums.

I would suggest mirrors being a requirement in the lower license divisions (R-B) on the dirt side of iRacing. Then, in the A license dirt car divisions like the late model or sprint car the mirrors should probably be removed. Though, I honestly wouldn’t mind seeing mirrors all the way through the ladder of the simulated dirt cars. Despite the fact there’s nothing ‘simulation’ about mirrors in a dirt car.

The new Dirt Racing Game is expected to be released as an add-on to the online racing game later this year. In the meantime enjoy the iRacing dirt video preview shown below.