iRacing dirt racing game screenshots have been released. The updated screenshots show the dirt track racing side of the sim racing service moving along nicely. Highlighted on the iRacing dirt gameplay screenshots we see the latest versions of USA Speedway, Eldora Speedway and Williams Grove Speedway.

In the screenshots we are also getting a first look at the USA Speedway dirt track. Interestingly, USA Speedway was never a dirt track. However, this has been in the plans since the early announcements of dirt racing coming to iRacing. 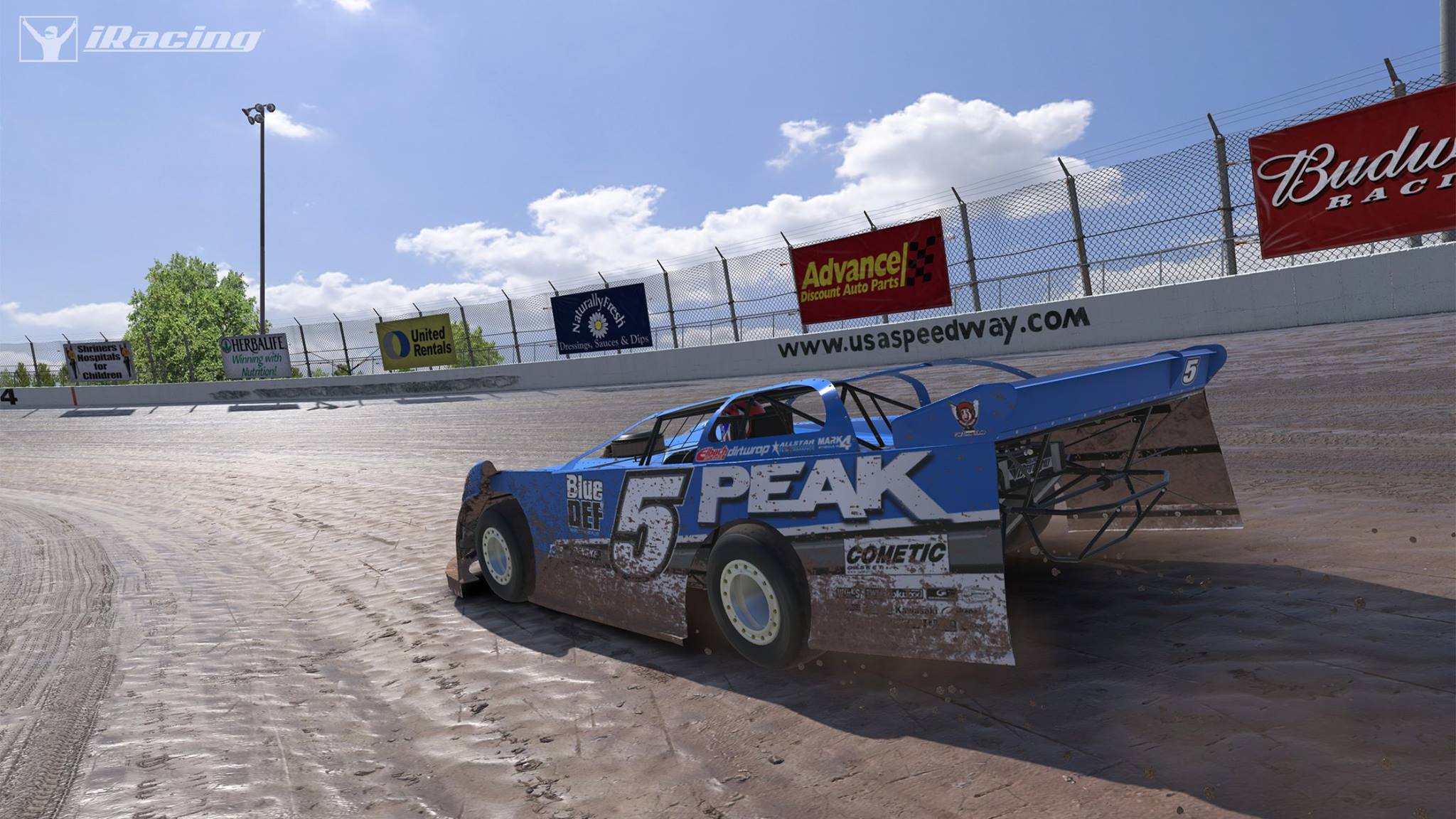 USA Speedway was a .75 mile asphalt track. iRacing scanned the track years ago. The track hosted it’s final race in 2008. Just a few years later in 2012, the real life version of the track was completely demolished.

What’s left of the Lakeland, Florida track is an empty field. However, racetrack has been preserved in digital form on the iRacing Sim Racing service. Now, new life has been brought to the iRacing track as they have covered it in dirt and created unique content for online sim racers. This is the first time iRacing has pushed the content boundaries and created a fictionalized racetrack. Even though it’s not fully fictionalized, as the track once lived in asphalt form.

The new iRacing dirt racing gameplay screenshots show a major improvement on a graphics standpoint since the last update. This is the first time we’re seeing dirt sticking to the dirtcar sheet metal. 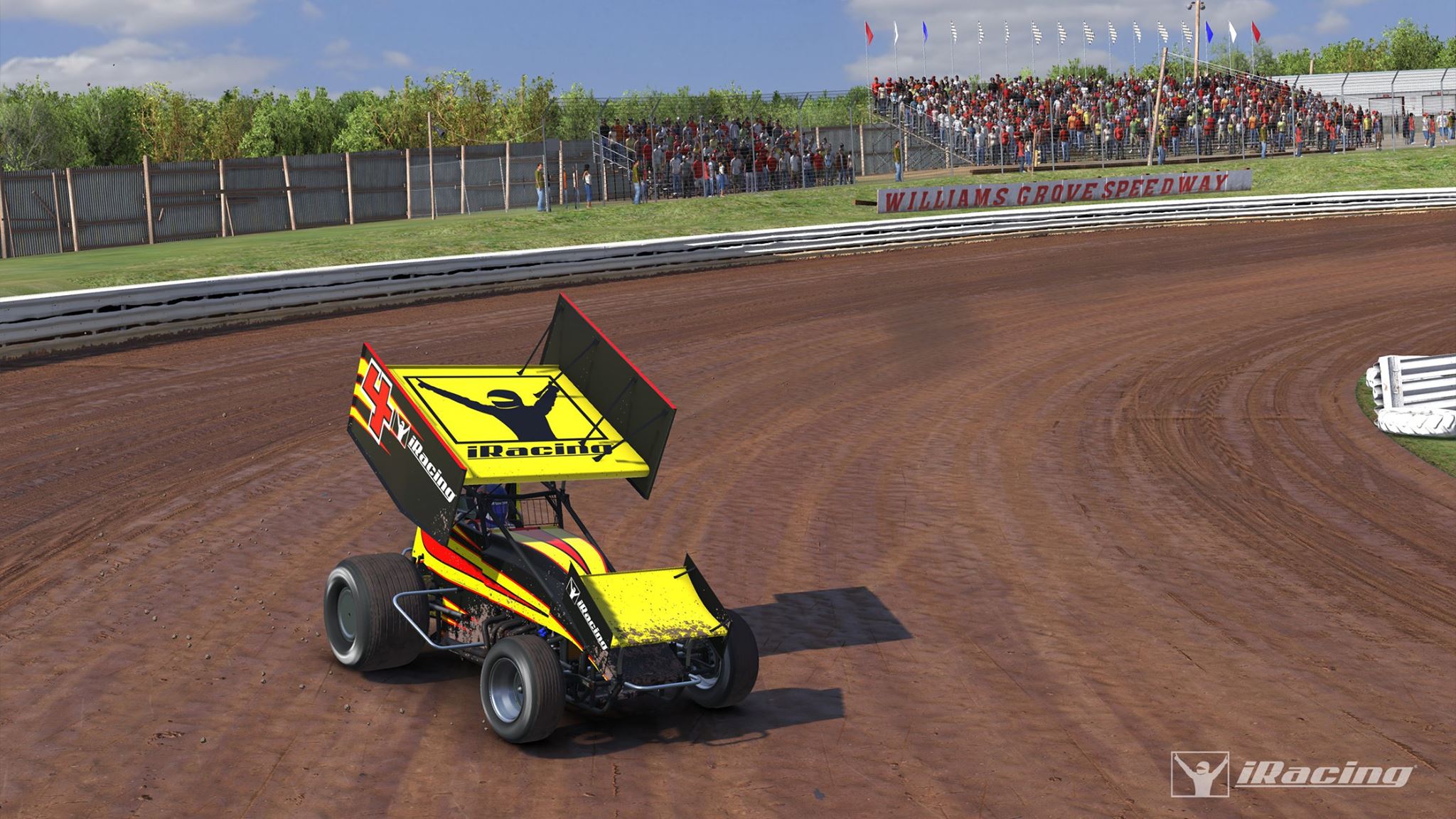 Beyond car graphics, the dirt itself is seeing a major upgrade. We are now seeing changing surfaces for the first time. In previous versions we haven’t seen a detailed version of the dirt track racing surface. The early versions saw a mostly ‘asphalt’ looking surface. However, the latest version shows Eldora Speedway covered in slime, as if the track had just been watered.

While, on the other side of the spectrum, the screenshots at Williams Grove Speedway show an alternative packed in track surface. The way a dirt track looks after the first few heat races have been run. It’s the first time we are seeing a changing dirt surface, a process real world dirt tracks go through as the racing progresses through the night.

We still haven’t seen a true cushion of dirt forming on the top groove. However, from the update below it sounds like it’s there, it’s just not graphically visible at the current moment. Understandable, as the iRacing gameplay screenshots are still very much a work in progress. 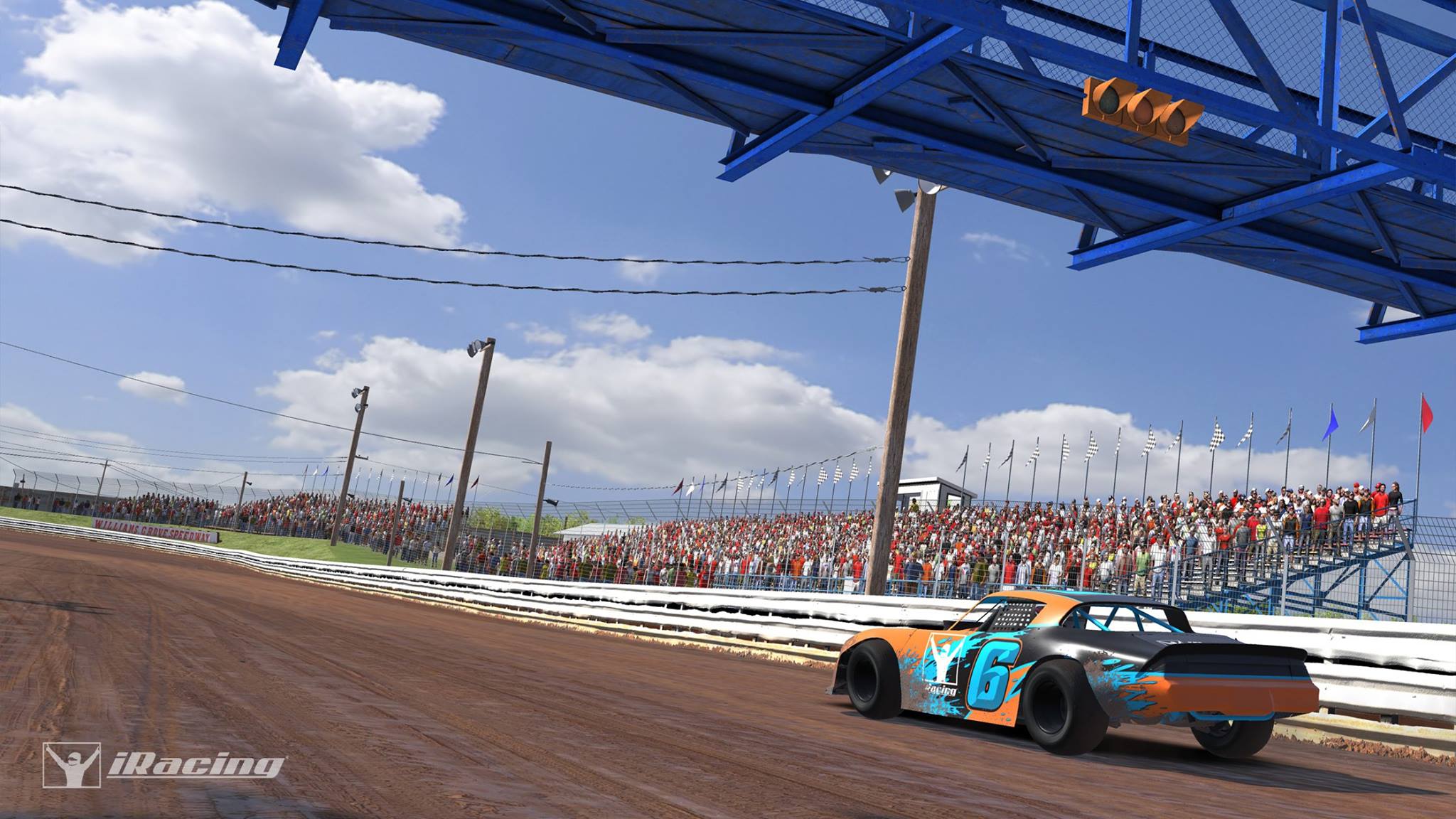 iRacing continues to talk dirt, “As you all know, we’ve been working incredibly hard to bring authentic dirt racing to iRacing. This project has involved every developer in one way or another, whether it’s physics, track dynamics, production, art, audio, rendering, or web. It’s also pushed us to try new methods and tools for art creation and new shaders which will pay dividends not just for dirt, but for all of iRacing.”

“We’re really excited about it and would like to share these in-progress shots with you as a preview of what’s to come. Note that these are in progress and things are subject to change… for example, the cushion is not showing in these shots, but the “prepared” surface is and so is the base surface.”