Ray Alfalla is one of the best sim racers in the world. He’s one of the iRacing alpha testers. He shared a video to twitter of him driving from above. The caption… coming soon.

The online dirt racing game has been in alpha testing for about a month. Testers include; Ray Alfalla, Tyler Hudson, Kevin Swindell, Rico Abreu, Christopher Bell, Nim Cross, Clint Bowyer and countless others who haven’t released their name. 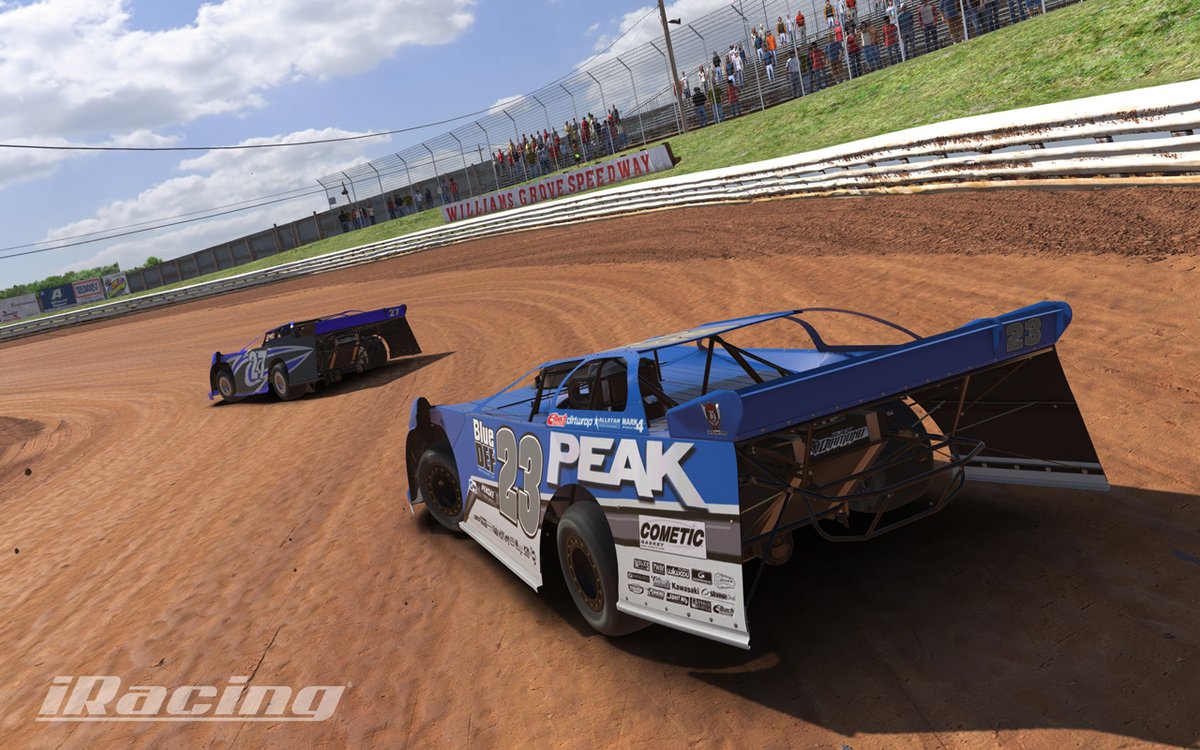 In the previous iRacing dirt update in January we talked about the physics. The dirt cushion was there, it just wasn’t visible. Not it’s there, it’s working and I’m excited.

iRacing commented on the dirt track racing sim, “The dirt cushion is now implemented for our DIRT testers, which moves up the track over the course of a race.”

The iRacing dirt development will make everything on the game better. A high tide rises all ships. But in this case we’re talking about technology. iRacing has traveled great lengths in the past year to build a professional grade dirt racing sim. Something that hasn’t been done before.

iRacing CEO Steve Myers explains, “I have said over and over again that the work on dirt has improved many aspects of iRacing including the tires. Porsche is first to benefit.”

The other online racing game services are just that, a game. iRacing isn’t just after graphics, they are after simulation. They aren’t trying to sell you something that’s rated E for everyone. Not everyone can drive, many new members find that out pretty quickly. 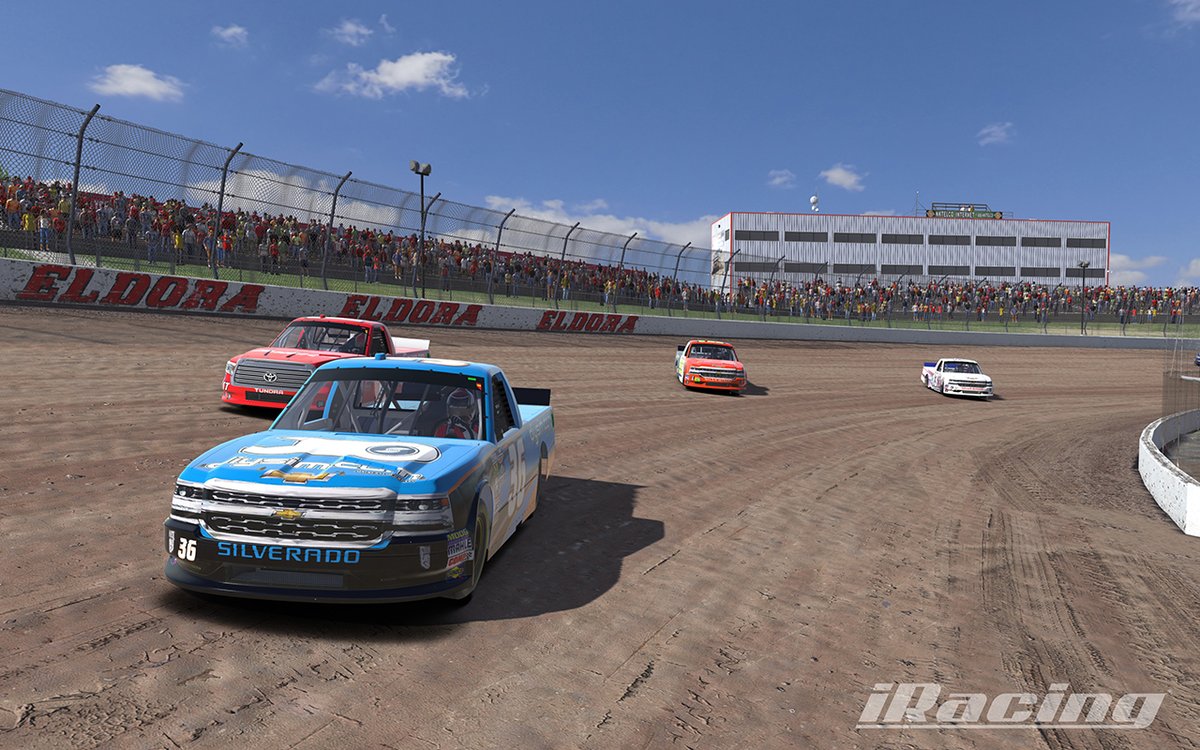 Yesterday, we received the first look at the iRacing NASCAR Trucks at Eldora. The side-by-side dirt racing screenshot was taken in-game at Eldora Speedway. It features the alpha testers on track, showing the new Dirt trucks for the first time.

iRacing membership will spike through the roof when the dirt racing sim is released in the very near future. That’s great for the entire service, not just the oval group, everyone. The service will be split into 3 divisions, dirt, oval and road racing. You’re license and game ranking with be different in each of those divisions. That means when the new dirt section comes out, we are all starting from 0 on an iRating factor.

The genius of the iRacing service is it separates the non-racers from the racers. A safety rating is a big part of that. If you run into things every race, you aren’t going to be able to race the more powerful cars, rightly so.

Other drivers error on the side of caution. They might not be fast, but they don’t wreck. Those people will soon find themselves in the fast cars. If 100 people register for a single race it will split 3-5 times, 100 people can’t be in the same race. The 20 fastest (based on game ranking) go into the first group, the lowest iRating drivers into the last group. The fast guys end up in a race together, the slower guys end up in a different group.

It gives all skill levels a chance at a win. More importantly, in the name of ‘simulator racing’ it puts all the faster guys in one race and allows them to fight for the win against their same skill level of drivers. In other racing games, you might have a group of 3-4 fast guys in a race and the others are simply playing. Playing includes; going backwards on track, spinning down the straight away, parking on track and other various ‘kid like’ actions. Those people don’t last long on iRacing, they will be kicked from the service. Nim Cross filters out the non-sense for us all.

iRacing isn’t after joystick controller type shit. It’s required that you use a wheel. If that upsets you, then I’m sure you haven’t tried the sim. There’s no way to be competitive with a joystick.

Since iRacing dirt was announced I’ve seen comment after comments stating, “I’ll get a membership when dirt comes out.” Why? You’re winging-it and that’s lazy. You’re going to wreck everyone. If you plan on driving in the best online sim racing game, you should already be a member. You should be testing, running laps and figuring out how you’re going to avoid spinning out. Ten, when dirt comes out the learning curve is far less for you.

I’m very excited for the iRacing dirt racing sim section. What I’m not excited about is thousands of brand new overly-excited wing-it drivers flooding the service all at once, each with the same number of hours of experience, 0.