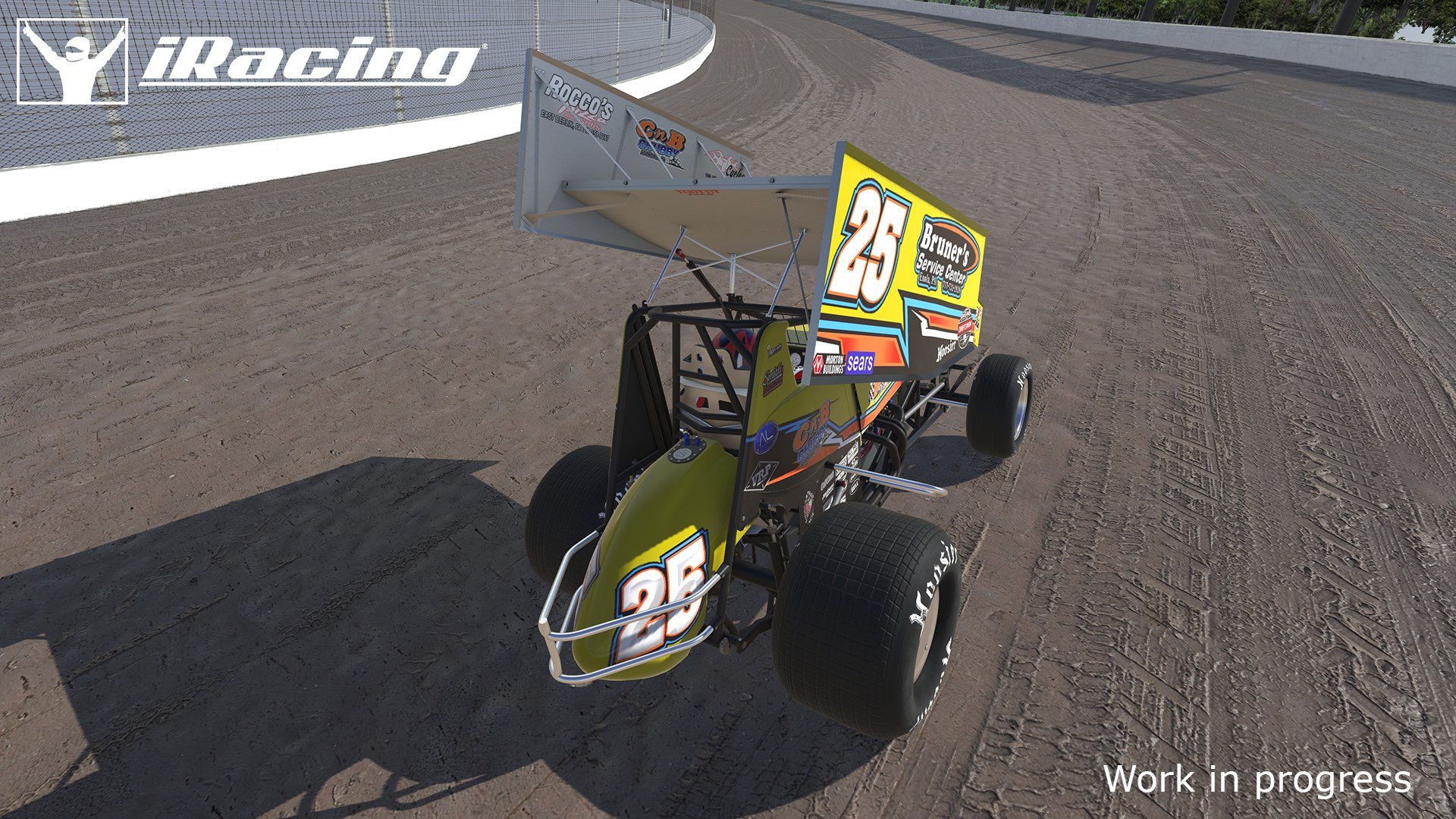 Unless you’ve been living under a rock or perhaps stuck on Forza. As a dirt racing fan you’re likely well aware that dirt is coming to iRacing. The best online sim racing game is adding a dirt late model and dirt sprint car to their stable of online cars.

iRacing released the following statement along with the new iRacing dirt screenshot.

“Development work on dirt is going great! The physics, art, and track dynamics systems are all starting to work together in real-time.”

“Today we took the #25 Sprint car out for a spin at Eldora Speedway. Here you’ll see the first glimpse of a prepared track beginning to develop a groove. Not yet visible but almost ready will be the accumulation of loose dirt and a cushion.”

“Again, this is all dynamic… the track will constantly change and react based on the cars, resulting in an unparalleled dirt racing simulation.”