RELATED: iRacing signs with the World of Outlaws 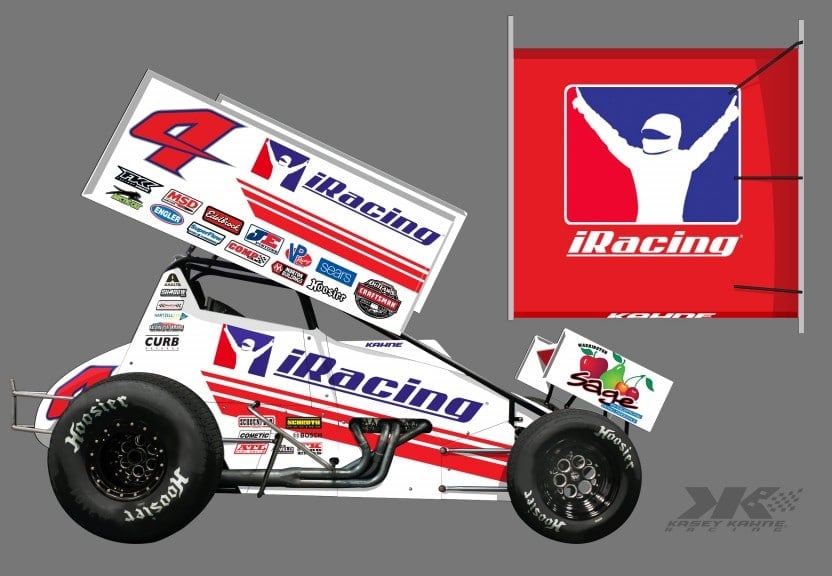 The popular online motorsports simulation service will be the primary sponsor of the #4 Sprint Car that Kahne plans to run in selected events this season.

iRacing will also be an associate sponsor on the #9 Kasey Kahne Racing entry piloted by former champion Daryn Pittman throughout the 2017 World of Outlaws Craftsman Sprint Car Series.

The news dovetails with the recent announcement that iRacing will be the official online racing partner of the World of Outlaws and comes as iRacing prepares to launch its highly-anticipated dirt racing feature later this month.

“On behalf of our more than 235,000 member subscribers around the world, iRacing is really excited to be joining forces with Kasey Kahne Racing,” says Otto Szebeni, iRacing.com Director of Sales and Marketing.

He continued, “Kasey certainly ranks among America’s most popular and successful race drivers, and our association with his Sprint Car team, and especially with a World of Outlaws champion in Daryn, is a great way to introduce fans to our dirt sim racing.”

“We are very happy to have iRacing come on board as a new partner at Kasey Kahne Racing,” said team owner Kasey Kahne.

The Monster Energy NASCAR Cup Series star continued, “Everyone loves iRacing, from fans to drivers.  It is great that they’re adding dirt racing to their already impressive lineup of cars and series. It will be an awesome experience for everyone to try. I know Daryn and I are looking forward to getting some virtual dirt on our computer screens.”

iRacing will make its debut as an associate sponsor on Pittman’s Sprint Car this weekend at Thunderbowl in Tulare, CA, while Kahne will unveil the iRacing livery on his Sprint Car later this spring.

Devin Johnson asked KKR on twitter, Does this mean that there will be feedback from @KKRdirt to improve and update the Sprint cars on the service as well? And the response from the team was Yes!