Bernie Ecclestone sat down for an interview with The Sunday Times recently. He shared some bold possibilities for the future of the open wheel racing world tour. A single track hosting double header F1 races in a single weekend is one of those possible changes.

“People have a much shorter attention span and a lot of sports are looking at introducing shorter forms of their games,” Ecclestone said. 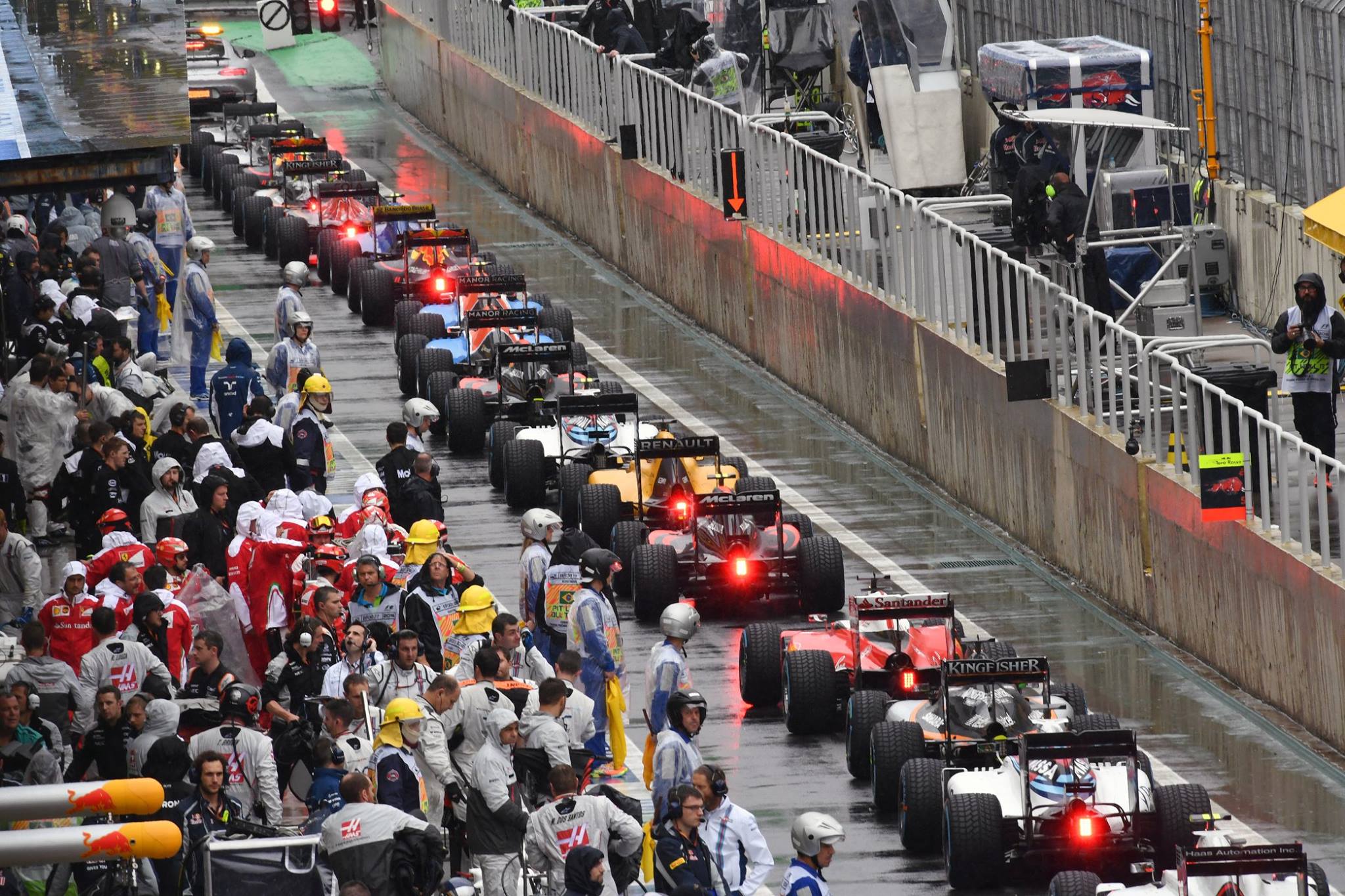 “The television audiences went up for Brazil. We had a long race with the heavy rain and a couple of crashes, but that meant we had two starts because of the red flags and people tuned in.

“We need to look at the traditional concept of one long race. Two 40-minute races with a 40-minute break in the middle when the drivers could be interviewed, cars worked on, would be attractive to viewers, the TV companies, the sponsors, and advertisers would love it.

How would a double header f1 races be structured?

Bernie offered insight into his idea, “Cars would qualify on a Saturday as usual for the first race and that would set the grid for the second. It would shake things up with lighter, faster cars.

“But I don’t know if we have the courage to change. Times change though and it is something we must look at.

“All American sports have time-outs built in, mainly because American audiences can’t concentrate. They grow up with everything in 15-minute segments on TV. People are the same everywhere now.”

The GP3 series has been running a double feature race format for years. They run a longer race followed by a ‘sprint’ race. The sprint race is generally more exciting to watch and features a far shorter duration. 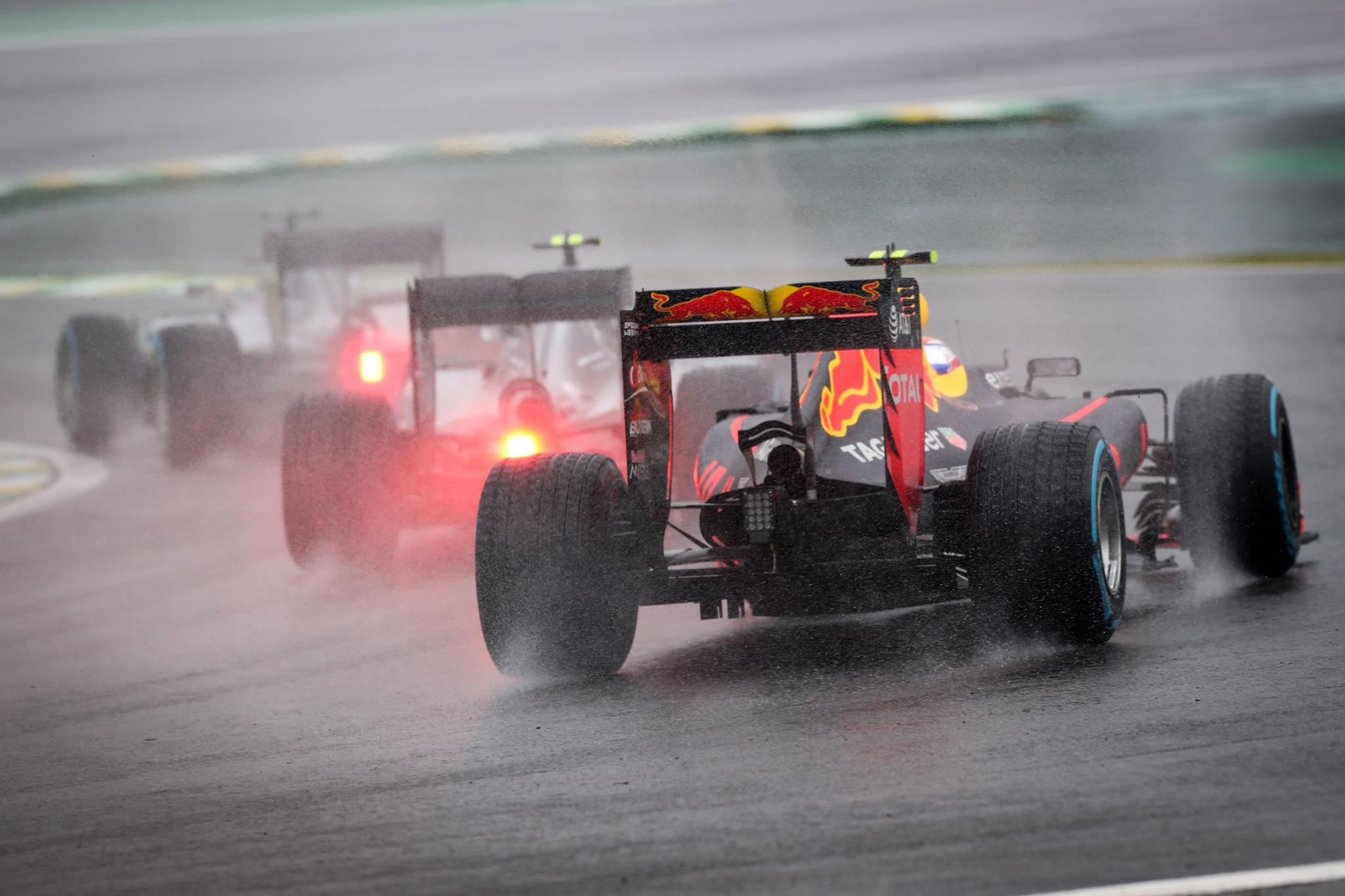 The series is ‘over-regulated’. Specifically when it comes to on track racing. Drivers are routinely punished for the slightest amount of contact. In nearly every race, usually multiple times per race you’ll spot a graphic that drivers are under investigation for “Causing a collision”.

That very line in the rule book prevent hard racing. Drivers will always race, but perhaps they are forced to dial it back a bit. Knowing full well they might be punished for wheel to wheel racing in the highest level of open wheel racing.

Yet, they still have no problem pushing drivers off track on corner exit, pretending the driver on the outside isn’t there. But that’s a rant for a different day.

Bernie shared his comments on the F1 rulebook.

The regulation book should be retitled ‘Don’t Race’

“The regulation book should be retitled ‘Don’t Race’,” he said. “They are written in such a convoluted way and there are so many that nobody, including the drivers, knows the right thing to do.

“The proper drivers are frustrated; so are the viewers, and so am I. It is crazy. We need to make it easier for drivers to race fairly. I don’t think they should deliberately bang wheels, but if they are racing each other and they go close and touch, so what?

“I often wonder if some of these guys want to race or just be out there in an F1 car.”

NEXT POST
Ecclestone Hints of Mercedes and Ferrari Leaving F1