The 49th Annual Snowball Derby was worth waiting two days for.  Christian Eckes and John Hunter Nemechek put on a show during the final laps that fans won’t forget for a long time.  The teenage drivers swapped the inside lane and the lead four times during the final two laps before 16-year-old Eckes nipped 19-year-old Nemechek at the line by 0.017 seconds.

“I can’t even believe I’m standing here right now,” Eckes said in Victory Lane.  “I thought our day was over when we had that incident down the backstretch.  Man, I just can’t believe this.  This is the Snowball Derby and this is just crazy.” 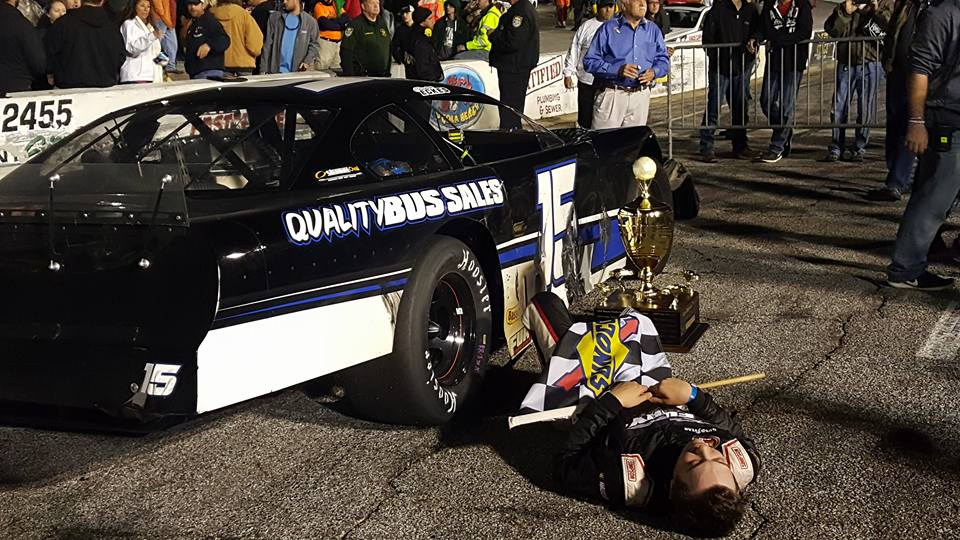 Nemechek stayed quiet most of the day after starting in the back half of the field.  He took the lead from Ty Majeski on lap 287 and seemed to be on his way to his second Snowball Derby victory.  That was until Eckes closed in on Nemechek and started poking a nose to his inside with three laps to go.

Eckes finally found a path to the inside of Nemechek coming to the flagstand with two laps to go.  He made the pass but his lead was short lived, as Nemechek pulled a crossover off of turn two.  Eckes returned the favor once again coming to the white flag.  Having the inside lane turned out to be the difference as they drag raced to the checkered flag. 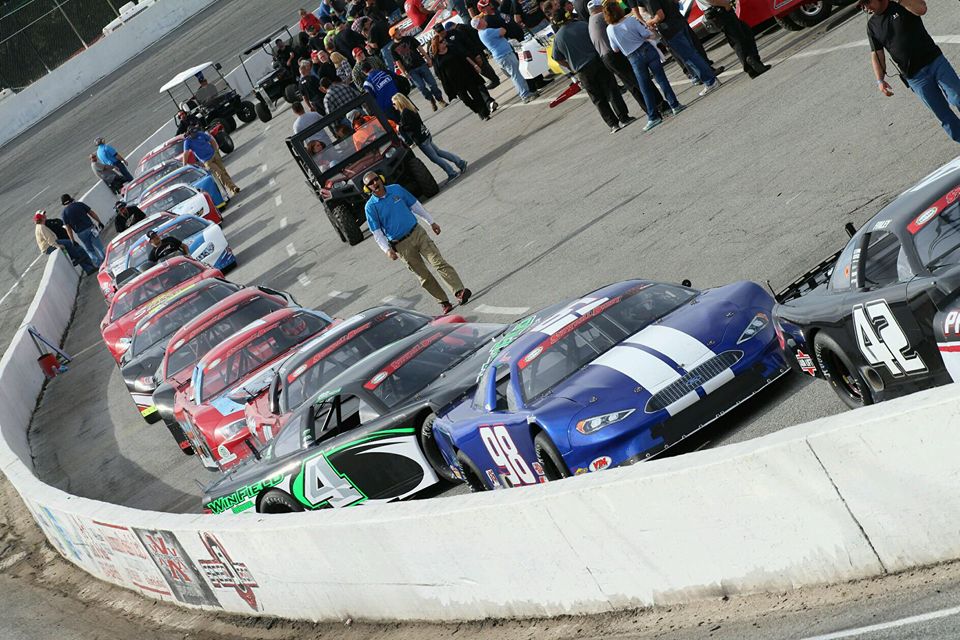 While Nemechek was disappointed with the second-place effort, he was proud to be a part of the dramatic finish in front of the great crowd that patiently waited two day to see the race.

“He made the crossover move pretty much one corner earlier than I did,” Nemechek said.  “I should have backed off and held him to the outside and he wouldn’t have got to me.  But heck of a race.  I can’t thank all the fans enough for coming out on a Tuesday.  This is awesome to be able to put on such a close finish for you guys.  That’s how you win a race right there.  He showed what he could do and rubbin is racing.”

For much of the race it seemed as though Chad Finley would be the driver celebrating an underdog victory. He led more laps than any other driver before suffering a problem under the hood with 18 laps remaining.

Post-race technical inspection went quickly with the top-three drivers making their way across the scales after the race. Chief Technical Inspector Ricky Brooks told Speed51.com it was a quick process because of the vast amount of pre-race tech they did throughout the week.