2016 Gateway Dirt Nationals results are posted below from Friday night. This concludes the first ever dirt late model feature held inside The Dome. It was won by Illinois driver Shannon Babb.

St. Louis was hit with black ice, all over the city as well as surrounding counties. Major highways leading into the city were completely shut down. City streets found buses sliding into parked cars. It should have been tragic for the Gateway Dirt Nationals. However, despite all that, the place was still packed with racing fans!

Those fans were rewarded. Tonight’s dirt track show at The Dome was amazing. A packed house of fans saw passes and side-by-side racing all night long. It was some of the most exciting racing I’ve ever seen. It was everything I hoped this event could provide and more. 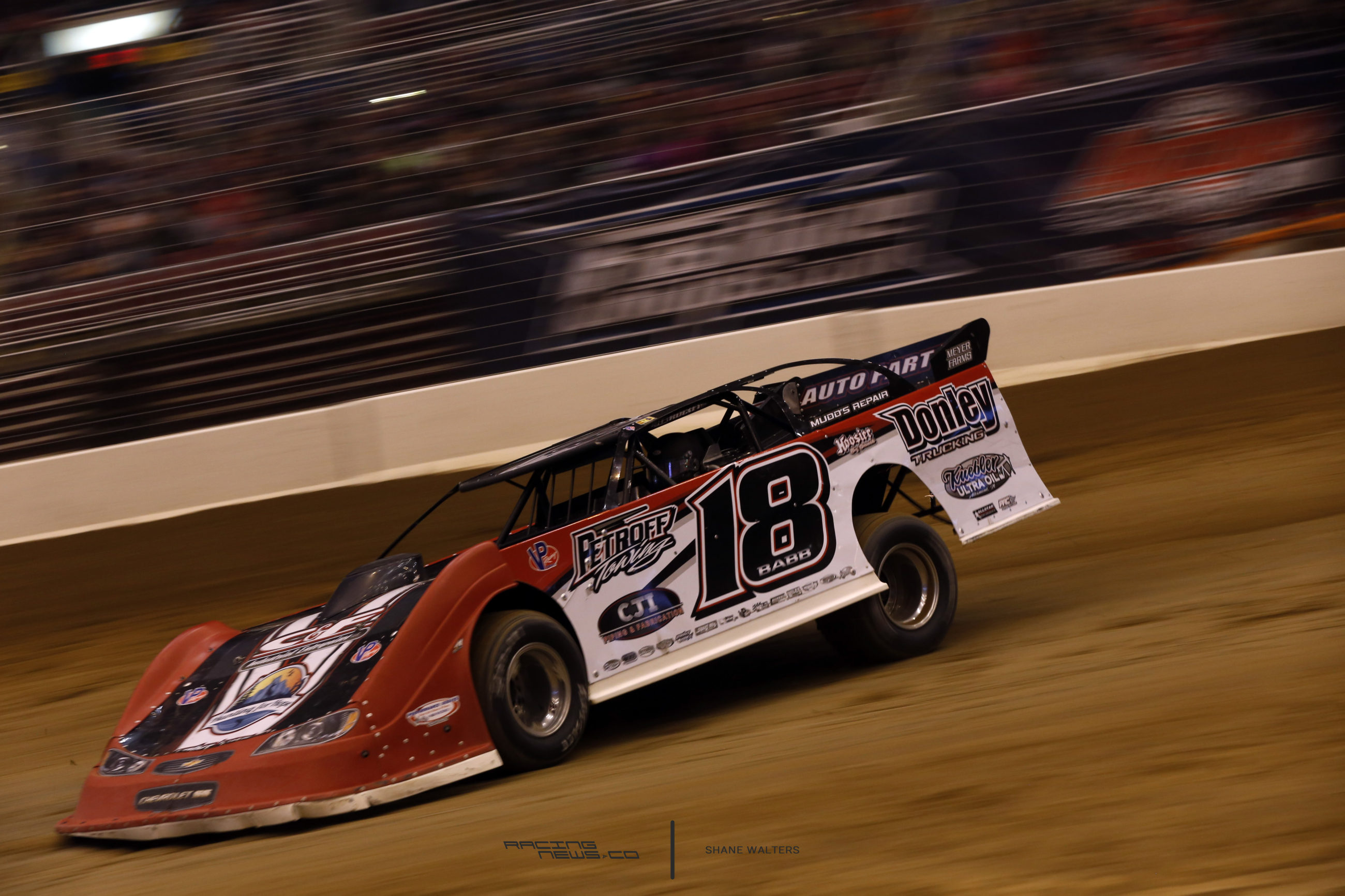 What fixed it? The Gateway Dirt Nationals and Tri-City Speedway staff went to work. Kevin Gundaker went to work specifically on the top of the race track. This provided a new groove for racing.

It promoted 3 wide racing, all night long. 3 wide is exciting on any racetrack but 3 wide on this tiny little 1/5 mile race track without a crash is amazing to watch.

It took me four hours to get there, I live just 20 miles for the race track. I almost parked it on the side of the highway to wait out the storm. I’m very glad I didn’t.

If you didn’t make it to the race due to weather. You’re in luck! They are doing it all over again in just a few hours. The Gateway Dirt Nationals hosts it’s final night of racing on Saturday.

Shannon Babb crossed the finish-line the leader. Bloomquist led the majority of the race. Babb made a late race charge to take the lead as Bloomquist fell to finish 4th.