The countdown is on!

No not to the new year, even though that would be correct, no the countdown is on to the 2017 racing season! From January 1, it will only be 70 days until you can conquer the winter racing blues. Attached is the I-35 Speedway 2017 action packed racing schedule. March 11 will bring practice day, March 18 opening night, and from there the excitement takes off and starts racing to the season conclusion in October. 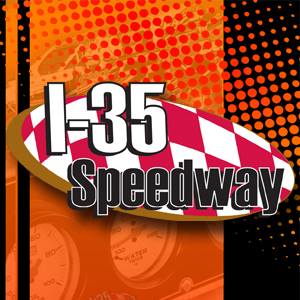 There are specials scattered throughout the schedule. The Casey Shuman led Lucas Oil POWRi WAR Sprint Car Series visit monthly April through September. Also in April, Todd Staley’s United States Modified Touring Series (USMTS) will be in competition. Late Model fans, the ULMA will make visits in June and September, and the Joe Kosiski led Malvern Bank Super Late Models will be in competition at the track on July 29.

The I-35 Speedway 2017 schedule will conclude with the November 4 banquet, again at the A.V. Spillman Event Center in Jamesport, Missouri.

“Dirt Trackin’ At Its Best Every Saturday Night”