WALLER, Texas—AJ Foyt Racing will use Chevrolets to power its ABC Supply Racing team in the 2017 Verizon IndyCar Series.

“I am looking forward to what will be a new chapter for us that involves returning to an old friend in Chevrolet,” said Team President Larry Foyt. “There are a lot of changes happening within our team this off season and I won’t minimize the challenges, but I see a lot of potential with our plan.”

“We are pleased to welcome AJ Foyt Racing to the Chevrolet IndyCar program,” stated Mark Kent, Director Chevrolet Motorsports Competition.  “Chevrolet and Foyt both have long histories in IndyCar racing, including prior opportunities to work together.  We look forward to renewing the partnership and a strong start to the 2017 season.” 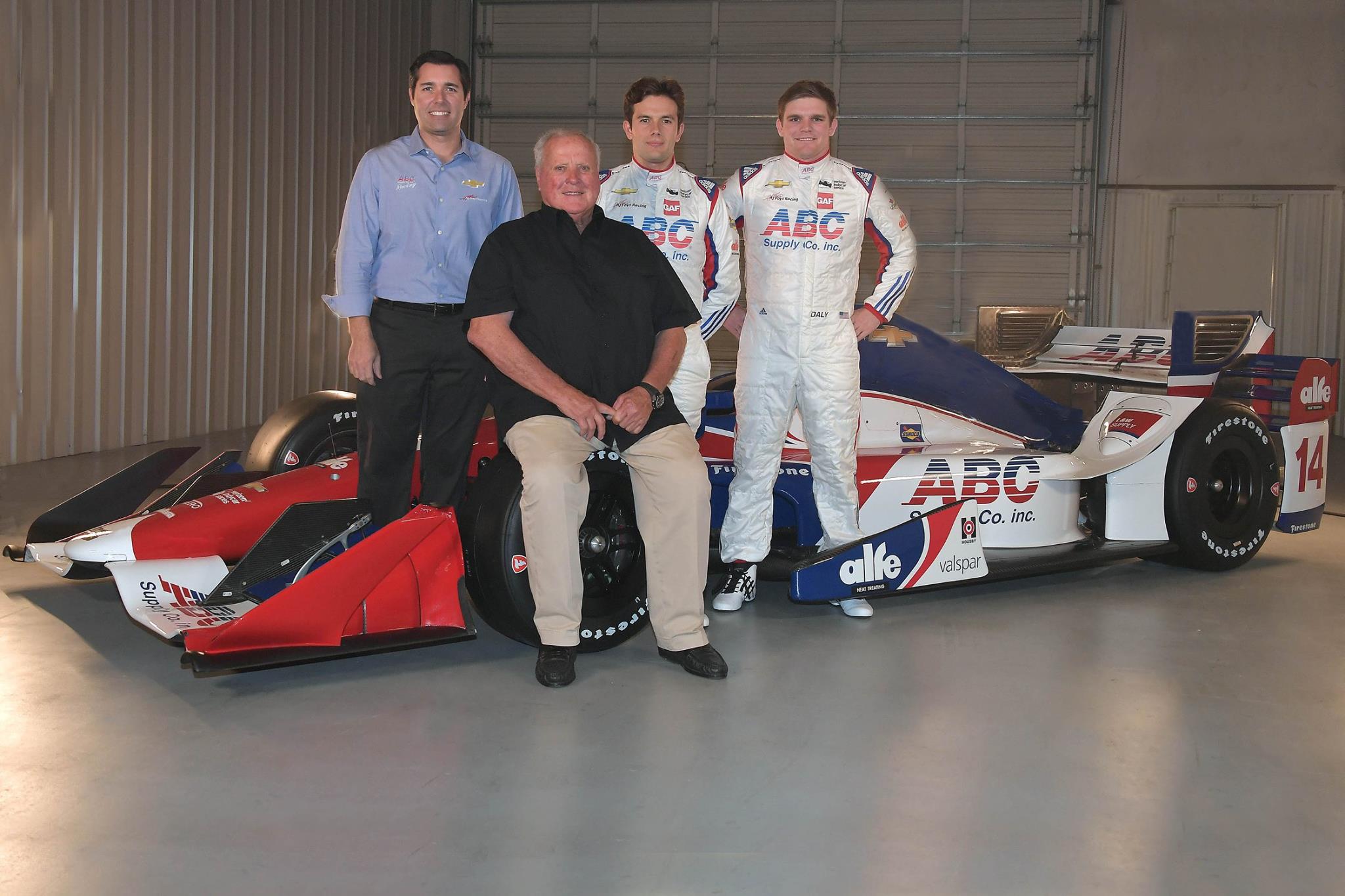 The last time that A.J. Foyt drove a Chevrolet-powered car at the Speedway was the Chevrolet Camaro he used to pace the field for the 100th Anniversary Indianapolis 500 in 2011.

The last time the team used Chevrolet engines was in the latter part of 2005 when A.J. Foyt IV piloted the No. 14 ABC Supply Indy car.

The senior Foyt has competed in Chevrolet-powered cars throughout his illustrious career whether it was in NASCAR, sports cars, sprint cars or Indy cars. In his final IndyCar race as a driver—the 1992 Indianapolis 500—he drove the Chevy-powered No. 14 to a ninth place finish at age 57. In his eighth front row start, he qualified second at Indy in 1991 in his Chevy-powered car. That Indy 500 Diamond Jubilee Front Row included pole winner Rick Mears and Foyt’s longtime rival Mario Andretti.

“I’m glad to be back with Chevy,” said A.J. Foyt, team owner and first four-time winner of the Indy 500. “I’ve had a lot of success with them in the past and I’m looking forward to more success in the future.”

The season kicks off with the Firestone Grand Prix of St. Petersburg weekend March 10-12.

ABC Supply Co., Inc. is the largest wholesale distributor of roofing in the United States and one of the nation’s largest distributors of siding, windows and other select exterior and interior building products, tools and related supplies.

Headquartered in Beloit, Wis., ABC Supply was founded by Ken and Diane Hendricks in 1982. The company has more than 700 locations and other facilities in 49 states and is dedicated exclusively to serving professional contractors. ABC Supply has distinguished itself by following a simple guiding principle – take care of contractors better than any other distributor.

It accomplishes this by being a “people-first” company that treats its associates with respect and gives them the tools they need to succeed. As a 10-time winner of the Gallup Great Workplace Award, ABC Supply is one of only three companies in the world to have earned this honor every year since its inception in 2007. More information is available at www.abcsupply.com.