“This is definitely the biggest step in my racing career so far,” said Decker. “Racing takes sponsorship support, and it takes hearing a lot of No’s before you find a Yes. I’m so blessed and thankful to ‘N Twenty-Nine Capital Partners’ (N|29) for believing in me and providing this opportunity to compete with Venturini Motorsports.” 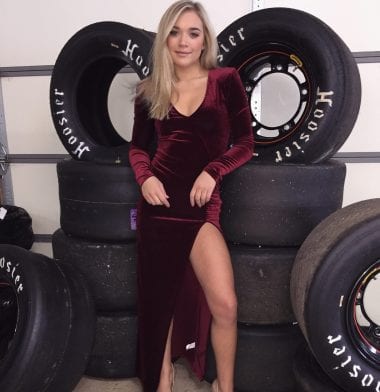 “I’m super excited to be racing under the Venturini Motorsports – Toyota banner this season. Signing with Venturini Motorsports gives me a great opportunity to showcase my talent on a national level. Billy (Venturini) and his team have a strong reputation and proven track record – aligning myself with a group of this caliber was important to me and my sponsors. Now, the rest is up to me to perform at the high level I know I’m capable of,” added Decker.

Decker, a popular second generation Midwest driver and former member of NASCAR’s ‘Drive for Diversity’ program is poised to take the next step in her career development in hopes of adding her name to an impressive list of NASCAR drivers to come out of her home state. For decades the state of Wisconsin has built a reputation of delivering talent to the highest levels of stock car racing – Alan Kulwicki, Dick Trickle, Matt Kenseth, Travis Kvapil, brothers’ Scott and Chris Wimmer and the Sauter family (Jim, Tim, Jay, Johnny and Travis) top the list of notable NASCAR drivers produced by the dairy state.

Natalie’s older cousins, Claire and Paige Decker, also race professionally and have each made starts in the NASCAR Camping World Truck Series.

Victories and a strong fan base have been a part of Natalie Decker’s life and career since she first got behind the wheel of a go-kart. In the years since, she has won races and championships, all leading up to this next step in her pursuit of breaking through into the ranks of NASCAR.

After graduating from go-karts, Decker moved into full-sized stock cars at the age of twelve. In 2012, at 14-years old she earned the CWSSA (Central Wisconsin Super Stock Association) Championship. In 2013, Decker competed in the ARCA SCAG Midwest Truck Tour winning Rookie of the Year and Sportsman of Year honors. At 16 Decker earned the limited late model championship at State Park Speedway and Rookie of the Year in the super late model division at State Park Speedway and Golden Sands Speedway. 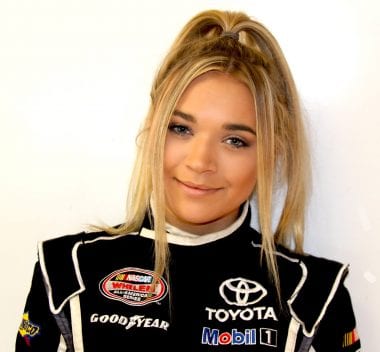 In 2015, top-level management at NASCAR selected Decker to be a part of the NASCAR Drive for Diversity program with proven race-winning team Rev Racing. As part of the prestigious program Decker battled week in and week out against the top short track racers in the country at “The Birthplace of the NASCAR Stars,” Hickory Motor Speedway. Decker turned heads at Hickory and beyond with the Rev Racing team and also saw plenty of success with her family-operated Super Late Model tracks from Wisconsin to Florida. That success came in the form of four Super Late Model victories.

Adding to her list of accomplishments, Decker became the first female racer to ever score a podium finish in the ARCA Midwest Tour. Her success in the state of Florida through the season also earned Decker the prestigious title of NASCAR Whelen All-American Series Rookie of the Year in the Sunshine State.

In 2016, Natalie added four feature wins and one fast time in her super late model. Of these victories none were bigger than the one at State Park Speedway’s prestigious “The Happenings” event, where she took the checkered flag over 2016’s NASCAR Camping World Truck Series Champion and fellow Wisconsin native, Johnny Sauter.

In addition to piloting the No.15/25 VMS prepared Toyota part-time in ARCA’s top touring series, Decker will also compete in her Toyota Super Late Model as a ‘Touring Star” in the ARCA Midwest Tour as well as selected high-profile national events.