Is Carl Edwards coming back to NASCAR?

Ahead of the 2017 season, Carl Edwards mysteriously left the sport. In the blink of an eye, Carl Edwards was driving a tractor at his farm in Columbia, MO. It took everyone by surprise. Including team owner Joe Gibbs. The Joe Gibbs Racing team was forced to promote Daniel Suarez ahead of schedule. He was selected as the replacement driver of the #19.

Related: Carl Edwards retiring simply because he wants to 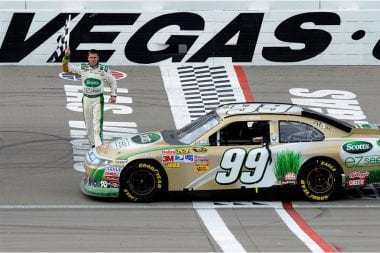 The abruptness of his decision to leave has left the door open for rumors of his return. Beyond that, Carl Edwards simply said “He’s stepping away.”

In his own announcement, Carl was hesitant to use the word “retirement”. Now, for the most part, Carl Edwards has disappeared from the public eye. He doesn’t engage in the use of social media, he ‘ghosted’ us all. A combination of all these things above lead to speculation from NASCAR fans, drivers, team owners and crews.

On Friday, Denny Hamlin, the former teammate to Carl Edwards met with the media. From Richmond International Speedway the driver of the #11 FedEx machine was asked about Carl Edwards’ possible return to NASCAR. 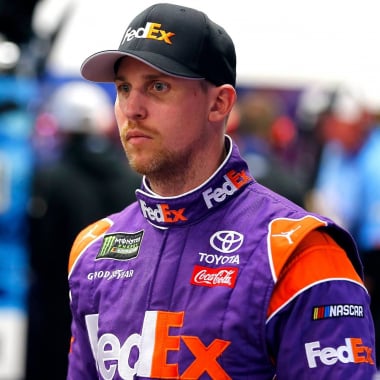 Question: What are the odds, in your opinion, that your former teammate Carl Edwards would come back next year?

Denny Hamlin responded with some speculation of his own, “I would just be guessing, but I would say 50 percent.”

He continued, “I think that Carl is a competitor. At his age, I’d find it hard to believe that he would just step away and not do it ever again. I think him leaving the window open in his press conference to say he’s not retiring, he’s just stepping away, I think it depends. I don’t know.

Denny Hamlin returns to the press with a question of his own, “Has anyone found out whether he’s having a good time right now or not?”

He expanded on his question, “I think that would tell the story about whether he’s interested in coming back or not. From what I hear from all the retired drivers, it’s awesome for like a few months – then you kind of get bored a little bit.”