Carl Edwards Retiring from NASCAR as of Today

Carl Edwards retiring ahead of 2017 NASCAR Cup Series season. Officially, Daniel Suarez will be the new driver of the #19 car Joe Gibbs Racing.

Cars Edwards confirmed his retirement decision in a press conference on Wednesday, “I’m stepping away from full-time driving in the Cup Series. … This is the most scared I’ve been about anything.”

The Carl Edwards retirement news was leaked yesterday. However, not much additional information came with it as to why he was retiring. That led us all to speculate. It’s not injury or health that’s forced Carl Edwards out of the sports. Carl Edwards’ NASCAR retirement is simply because he want’s to. Under his own terms. 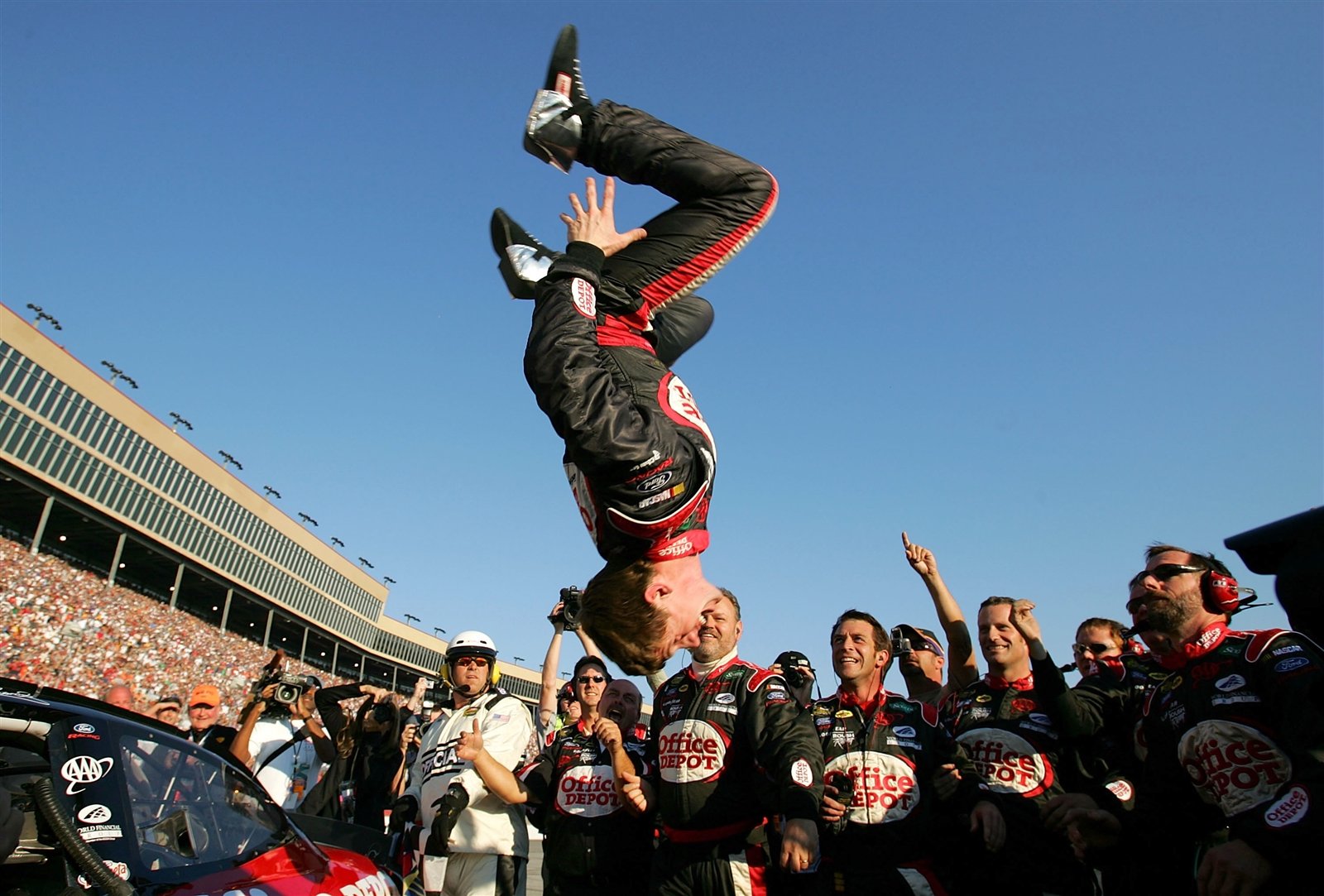 Why is Carl Edwards retiring? Instead of running his 14th year of NASCAR Cup racing, “the time is right for me to move on to new adventures in life.”

“This has been a very difficult decision for me but I’m confident that it is the right one,” Edwards said in a statement provided by JGR. “I could not have a better situation in racing than the one I currently have, so stepping away from that certainly took a lot of consideration.”

France continued to speak on Carl Edwards’ NASCAR career, “His hard-charging driving style has led to memorable moments that will live forever in the history of our sport. Carl’s passion and personality will greatly be missed — as will the signature backflips that NASCAR fans have come to expect following his victories. We wish Carl nothing but the best as he enters this next phase in life.”

“I have a lot of interests in life outside of sports that deserve my attention and I feel strongly that the time to do that is now,” Edwards said. “I’ve been racing for more than 20 years. It’s amazing the opportunities that racing, and NASCAR in particular, have provided me. The people I’ve met and the things I’ve been able to do. I’m very grateful for all of that.

Carl Edwards is happy with his NASCAR career, “I’m satisfied with my career and my accomplishments. Racing for me has never really been about trophies. Of course I love winning, but there is a thrill to going into a corner at nearly 200 mph competing against the best in the world. I absolutely love that.”

The reward outweighs the risks, “Obviously there are risks involved in racing that I never take for granted, either, and I’m happy to be able to walk away from the sport fully healthy. I just believe that it’s hard to start the next chapter in your life until I close this one. It is an awesome sport, but very demanding with year-round commitments and a lot of time on the road.”

Team owner Joe Gibbs spoke on Carl Edwards retiring from NASCAR, “Certainly this was not something that we were expecting as we prepared for the 2017 season,” Gibbs said. “However, it was clear in our conversations with Carl that he had given this careful consideration and believes strongly that it is the direction he needs to go in.

The owner of Joe Gibbs Racing continued, “We support him in that. We loved having him be part of our team the past two years and we will miss him, but we hope he is happy in whatever is next for his life.” 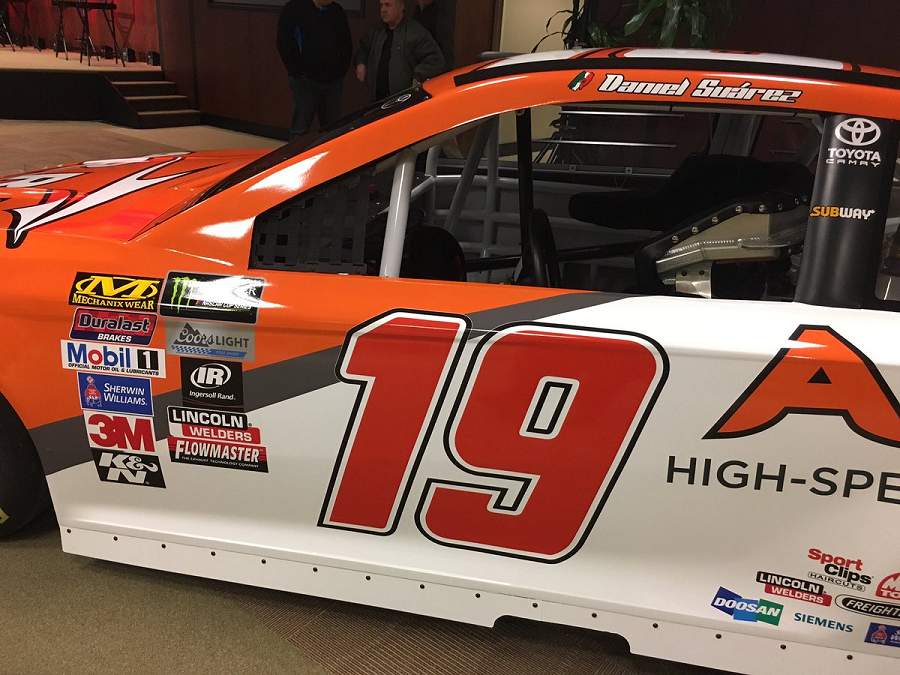 “Once we learned that Carl would not return next season, Daniel was really the obvious choice,” Gibbs said. “He is a great fit for our team and our partners. … This may be a little bit earlier than we anticipated, but he has earned the opportunity and we are excited for his future.”

The 2016 NASCAR Xfinity Series champion Suarez said the move up to the Monster Energy Cup Series was “my dream, but I did not expect it right now.

“I can’t wait to get started,” he said. “I have a lot to learn but I couldn’t ask for a better situation. I have the support of a great team around me.”

Carl Edwards collected 28 wins in the Monster Energy NASCAR Cup Series since his debut in 2004. He’s been on the starting grid 445 times and over half the time he’s finished inside the top 10, 223 time.