Because DIRTcar made a mistake.

The likely reason for his absence goes back to March 24, 2017. That was the Thaw Brawl at LaSalle Speedway. Of which I’m sure you’re aware. But there’s a lot you probably don’t know about that day. DIRTcar claims Josh Richards raced under a “deceptive entry” that day.

However, on March 24th, Josh Richards wasn’t told by DIRTcar that he couldn’t race. It was very simply, implied. UMP series director, Sim Driggers, was on the scene at LaSalle Speedway on March 24th. Only, he left before the racing began, hours before. 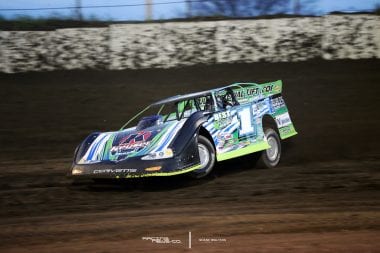 Josh Richards entered the race and went on to win. Unfortunately, a month later DIRTcar handed out a fine and penalty to Josh Richards. An additional penalty was handed out to Best Performance Motorsports. To cap off the list of offenders, the sanction was stripped from LaSalle Speedway.

So why didn’t DIRTcar want Josh Richards to race that UMP sanctioned race in the first place? Because DIRTcar was concerned that Josh Richards and Best Performance Motorsports were going to sue them.

You read all of that correct.

DIRTcar didn’t want anyone racing at their sanctioned tracks when they might or might not have a ‘pending’ lawsuit against them. I guess I could understand that, if a lawsuit was actually filed at that time. Which it was not. So I guess I don’t understand it at all.

What imaginary lawsuit? There was certainly a ‘pending’ re-file of a lawsuit against WRG. The real problem… Josh Richards and Best Performance Motorsports had nothing at all to do with any of it. DIRTcar was punishing the wrong team and the wrong driver. 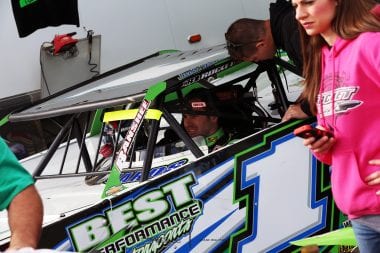 That ‘pending’ lawsuit in question, involved most the drivers that were hit with fines and suspensions at this very race last year. Brandon Sheppard, a former Best Performance Motorsports driver, was part of the original lawsuit. However, he was also the first driver to pull his name from the lawsuit against WRG. He removed his name when he went to drive for Mark Richards. That was in 2016.

I’m not sure why a ‘pending’ lawsuit would force officials to stop Josh Richards and Best Performance from entering the track. I could certainly understand a ver-real, filed lawsuit. However, the real point is. They were picking on the wrong guy.

Weeks after DIRTcar announced these penalties, the parties that were involved in the ‘pending’ re-file announced that they had officially dropped the case. Those drivers all announced they would be returning to the Dirt Late Model Dream, this weekend. So, just as this story was coming to a complete end, a full year later, the World Racing Group fired it all back up again by picking on Josh Richards at LaSalle Speedway, for nothing. 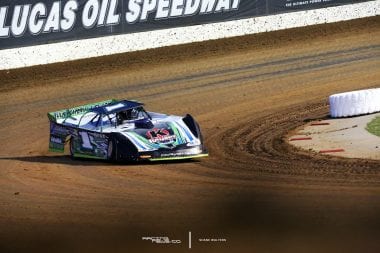 So why isn’t Josh at Eldora? Josh Richards likely either hasn’t paid the fine. Or, he plans to open a new lawsuit of his own. Or, he just isn’t up for competing in another DIRTcar event at the moment. Any of the above, isn’t good but can you really blame him for taking any of those options? I asked Josh about the above options a few weeks ago, he briefly and politely said “He couldn’t comment.”

Now, Josh Richards, the 2016 World of Outlaws Late Model Series champion is absent from a crown jewel dirt racing event. Instead, a Best Performance Motorsports car is there, driven by Jeff Babcock.

I just want to watch all the bad-ass racers race. I’m tired of this. How about you?

Josh Richards on the off-season, races he still wants to win and Gateway Dirt Nationals absence