Behind the Scenes: Kyle Busch and Martin Truex crew confortation

Kyle Busch and Martin Truex Jr wrecked each other while racing for the lead at Indianapolis Motor Speedway. It took place with just 50 laps remaining in the Monster Energy NASCAR Cup Series event.

Crews are not numb to the high pressure of weekly NASCAR racing. Emotions for the crown jewel NASCAR event run high for the teams as well as the drivers. 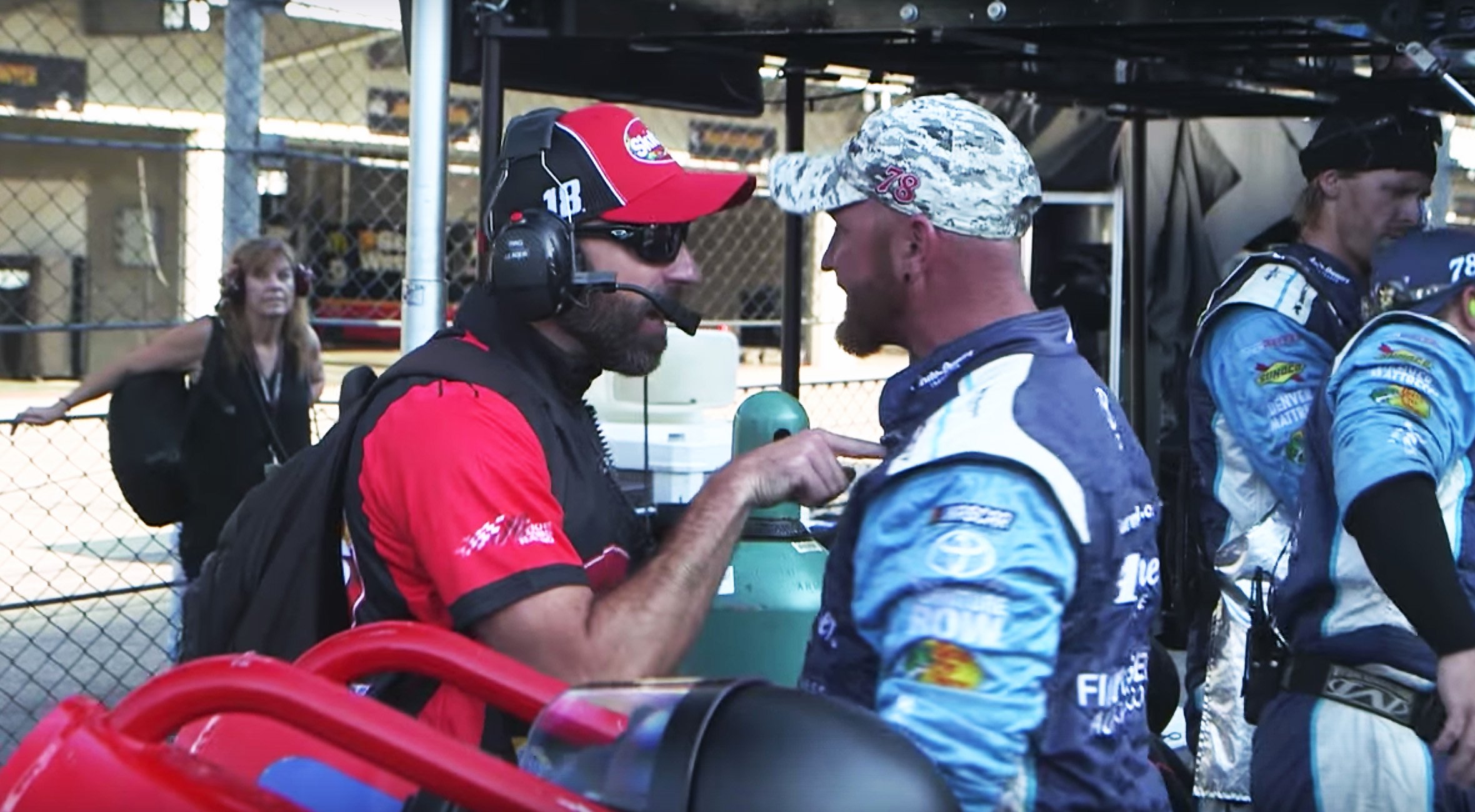 Shortly after the on-track incident the crews met on pit road. Kyle’s crew was walking past the Furniture Row pit box. Words from the Furniture Row Racing camp, “Tell Kyle ‘Way to go’ ” The #18 crew fired back.

However, each of those Toyota teams have an alliance. Furniture Row Racing is basically a customer car of Joe Gibbs Racing.

The drivers were not too mad with each other. Each of them, sort of agreed that it was just a racing deal.

The two drivers had been up front all day. They controlled the restarts, as a team. One would let the other go then fall in behind.

Just before the restart that resulted in a crash, they mutually agreed to race this one out. Ultimately, that led to both of them crashing out of the 2017 Brickyard 400.

Kyle Busch: “I guess we could have continued to play the teammate game and tried to settle it on a green flag pit stop.”

Kyle continued, “But if he’d yard me in clean air then I’d never get an opportunity to pass him back, even if we had a stellar pit stop.”

“So, that’s how it goes. Just chalk it up as another one that we figure out how to lose these things by. I had one to put it in the records books for 3 in a row, but not happening.”

Kyle Busch concluded, “I just was on his outside, got hit, got blindsided and into the fence”

Martin Truex Jr: “I got loose and wrecked him. I mean that was totally my fault.”

“I didn’t really know what to expect in that position. Didn’t really realize he was going to drive in that deep and suck me around. So, I gotta take the blame for that one. Obviously, it was my fault.”

Truex concluded, “I hate it for Kyle. He had a great car, we did as well. But that’s racing.”

While the drivers understood what happened, the crew did not. The #18 team wandered to the #78 pit stall. A bit of a screaming match and shoving was the end result.

Watch the 18/78 crew altercation video from Indianapolis Motor Speedway below.

Cars 3 – Behind the Scenes with NASCAR Driver Chase Elliott

NEXT POST
U.S. Court of Appeals rules in favor of Teresa Earnhardt in Trademark Case