Brad Keselowski: “It don’t look like NASCAR’s going to take whatever it is, away.”

Dave Burns spoke with Brad Keselowski following his top 5 run at Pocono Raceway. A finish place run, yet, not too happy about it. Why? A Toyota just stomped on the field, for the 3rd of last 4 races. 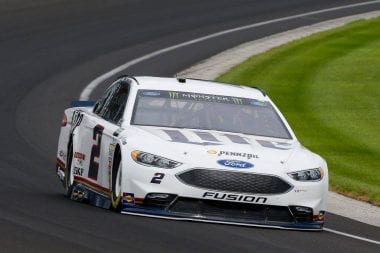 Brad Keselowski speaks on his day, “My team called a great race. Just need a lot of speed to keep up with the Toyota’s. You know, they’re about a half a second faster than the field right now.”

“So, you have to be perfect and then some. My guys, they were perfect. But no enough to overcome the speed there.”

Brad Keselowski is a pilot in the Ford Performance camp. The Team Penske driver sounded dejected as he spoke on the speed of his competition, “We gotta go to work. Those guys [Toyota] have found a bunch [of speed].”

Last week, at Indianapolis they would have 4 of 4 if it wasn’t for Kyle Busch and Martin Truex Jr taking each other out.

He concluded, “And it don’t look like NASCAR’s going to take whatever it is, away. So, we’ll figure it out.” 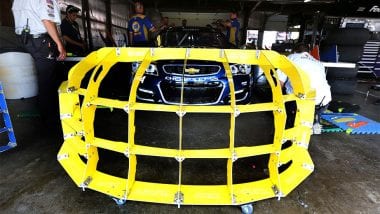 In the old days of NASCAR they used to trim and take things away from a manufacture if they were simply too far ahead of the rest. Dale Earnhardt and Ray Evernham worked magic on the officials in the garage area to the benefit of their own manufacture.

However, those days are over. Long gone.

So, what Brad Keselowski means is that if it’s a ‘part’ or simply setup technique then NASCAR likely knows exactly what it is. After all, they tear down these race cars regularly.

Given NASCAR knows what it is, which they likely do, note they also haven’t penalized the Toyota’s. That simply means it must be a legal thing the Toyota NASCAR teams doing to find speed. And NASCAR isn’t going to take it away due to a rulebook infraction. It’s legal and it’s here to stay, whatever “it” is.

Or NASCAR hasn’t found it just yet. These teams are getting creative. Just a few weeks ago, Kyle Larson was docked points for having air ducts that created downforce. As air rolled through the ducts, it would push down on the tube channeling the air. The tube alone created downforce.

Either way, the Chevrolet and Ford racing teams simply need to find speed of their own.

Brad Keselowski on Toyota: “We couldn’t believe NASCAR approved it”