BRISTOL, Tenn. – For more than 20 years, Dale Earnhardt Jr. has been a fixture at Bristol Motor Speedway, both as a kid in Victory Lane with his dad and as a driver taming the all-concrete high banks. As he prepares for his final week behind the wheel at The Last Great Colosseum, both the Speedway and guests from all around the world will be there to salute his BMS legacy. 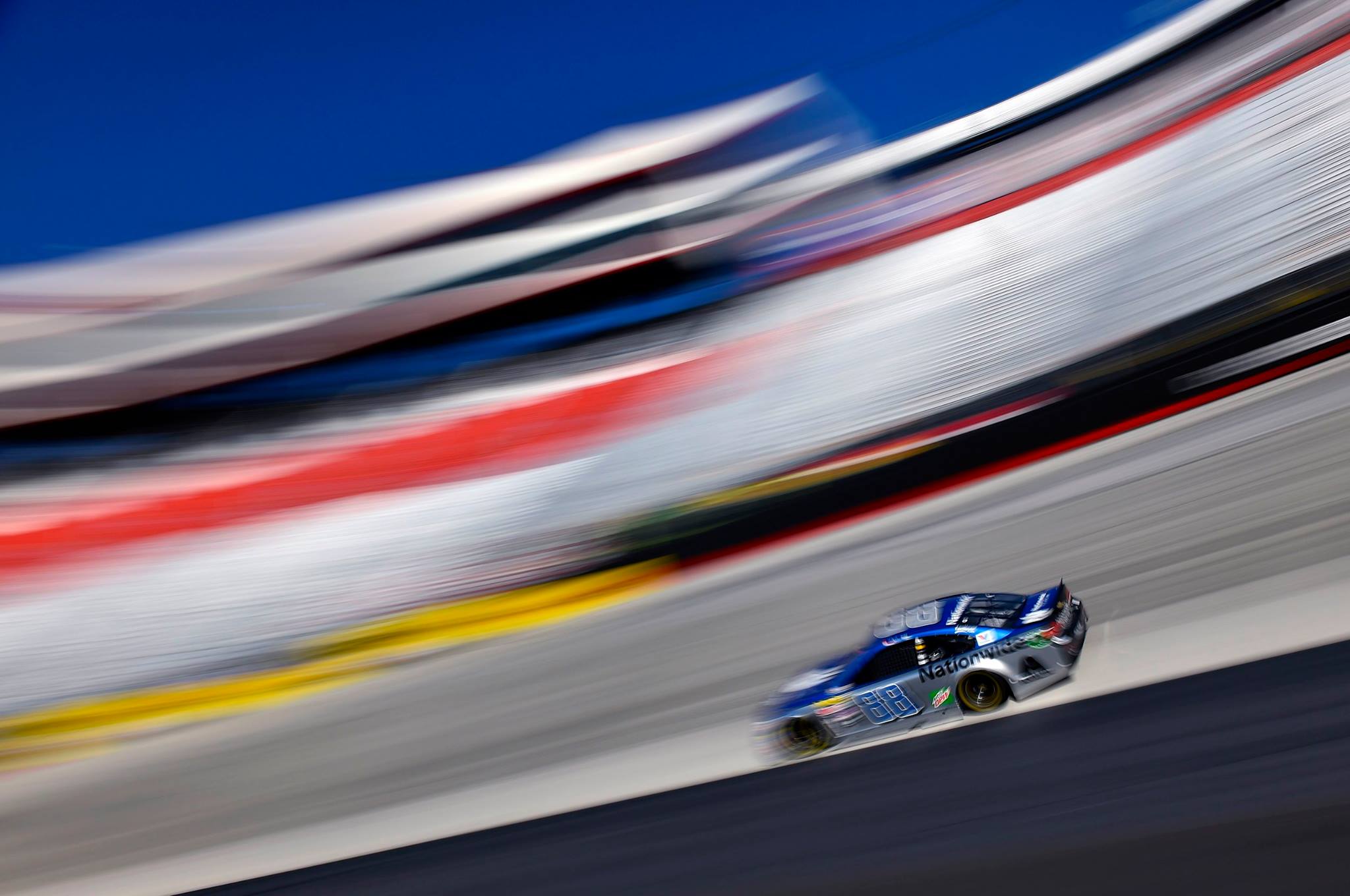 “The Earnhardt name is synonymous with Bristol,” said Jerry Caldwell, executive vice president and general manager at Bristol Motor Speedway. “Whether it’s celebrating in Victory Lane with his pops, watching his father’s famous bump-n-run on Terry Labonte in 1999 or celebrating his 2004 historic sweep, Dale Earnhardt Jr. has been an important part of history here. It’s only fitting that we join together with our guests to celebrate his accomplishments.”

The flagship attraction surrounding Earnhardt Jr.’s final Bristol race weekend will be the Dale Jr. Moments Museum. Located in the Fan Zone, this exhibit will showcase his signature BMS moments through interactive displays. Guests will be able to relive the past with Earnhardt Jr.’s iconic No. 8 show car and add themselves via photo station to his famous broom photo in Victory Lane when he swept the 2004 August races. The Dale Jr. Moments Museum will also house other Junior memorabilia, a “Thank You Jr.” wall where fans can write and share their favorite race memories, a photo gallery journey recalling Earnhardt Jr.’s career and LED screens featuring his greatest moments at Bristol.

The backside of the display will feature more current moments along with a Nationwide No. 88 Chevy show car. In addition, some of the biggest names in Earnhardt Jr.’s racing career will visit the Dale Jr. Moments Museum to share their experiences, including former crew chief, cousin and friend Tony Eury Jr., who will make an appearance on Saturday between Noon and 2 p.m. The museum will be open on Friday, Aug. 18 and Saturday, Aug. 19 from 10 a.m. to 7 p.m.

Junior fans will also want to check out the specially-wrapped race car that will be located outside the entrance of the Dale Jr. Moments Museum. The car will feature a distinct wrap celebrating Earnhardt Jr.’s JR Nation Appreci88ion Tour. Guests will be encouraged to sign the car during the weekend. Following the race, the car will be donated to Earnhardt Jr.’s car graveyard at his property in North Carolina. 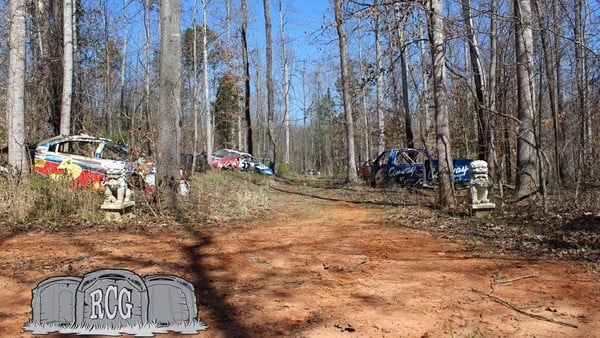 Speedway guests will see special homages to Earnhardt Jr. throughout property. On Saturday, a select number of guests who enter the gates will receive a special collector’s card that will highlight six moments from his Bristol career. All guests in the grandstands will be asked to stand at Lap 88 and salute the driver of the No. 88 Chevy for Hendrick Motorsports. Those who have tickets on the frontstretch will also be able to take part in a card stunt salute to Junior during pre-race.

One collector’s item that all Earnhardt Jr. fans will want to obtain is the Bass Pro Shops NRA Night Race commemorative program. The program, which is adorned with a special edition tribute cover designed by iconic NASCAR artist Sam Bass, contains numerous feature stories about Junior authored by some of NASCAR’s most prominent journalists.

The cover design pays tribute to the Earnhardt legacy and features Earnhardt Jr.’s No. 88 Axalta Ducks Unlimited camo scheme on-track, as the iconic midnight black No. 3 Goodwrench Chevy of his father, Dale Earnhardt Sr., watches from above. Official commemorative programs, which include a t-shirt and a diecast car, are $15 and can be picked up at Speedway World at the O. Bruton Smith Building or at any official BMS souvenir stands located around Speedway property. 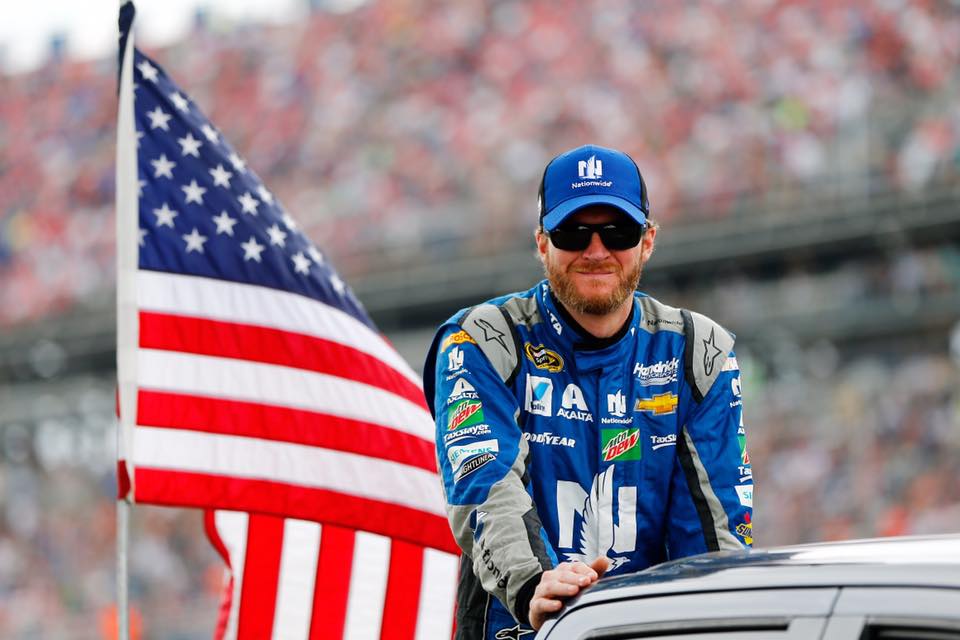 No matter how one chooses to celebrate Earnhardt Jr.’s final Bristol race weekend, guests are encouraged to post their photos to Bristol Motor Speedway’s social accounts (www.Facebook.com/BristolMotorSpeedway and www.Twitter.com/BMSupdates) using the hashtag #Appreci88ion and #ItsBristolBaby.

Guests will have numerous opportunities to see Earnhardt Jr. on-track as he competes in both the 25th anniversary of the Food City 300 NASCAR XFINITY Series race and the Bass Pro Shops NRA Night Race. Tickets to see both races start at just $109 and kids 12-and-under are only $10 for the combo ticket with the purchase of an adult ticket. Visit www.BristolTix.com or call 423-BRISTOL to purchase tickets today. Tickets can also be purchased directly from any neighborhood Food City store until Tuesday, Aug. 15.