NASCAR could go the way of INDYCAR. The open wheel division in the United States has used this system for years.

But it’s not just INDYCAR that uses this non-jackman system. IMSA does as well. IMSA is a collection of sportscar road racing series. They are also owned by NASCAR.

My question would be why? Not that I don’t totally dislike the idea. 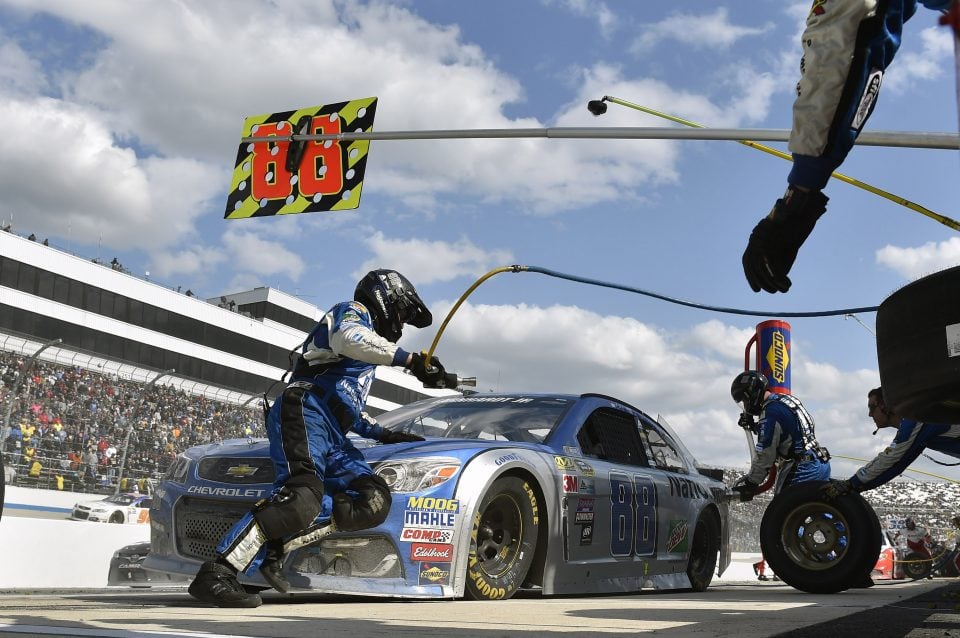 Would this be a safety thing or a cost cutting thing?

The rumor is cost cutting. One less crew guy is simply one less employee for NASCAR teams.

However, there would be several costs in the initial stage of the system. A system like this would cost money to develop, likely on a team by team basis. 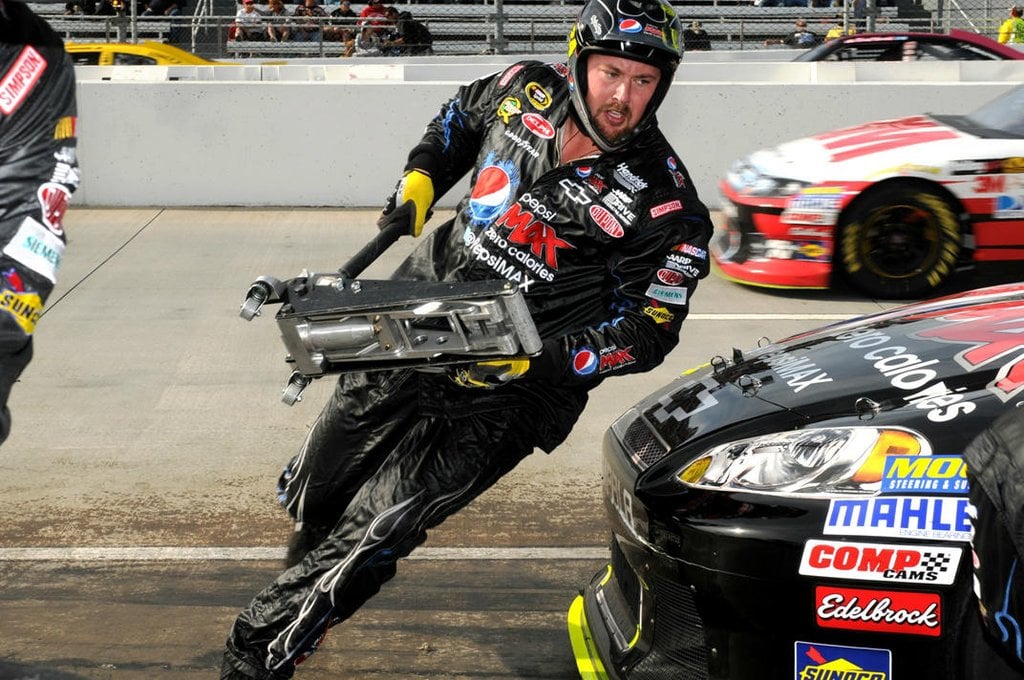 Then, the setups of the car might have to change to accommodate the new weight balance. I can imagine an onboard jacking system wouldn’t be very light.

At the same time when it comes to crew guys, jackmen are usually the one’s that get hurt. They are the first one’s over the wall. They are also carrying a sharp, edgy object with them as cars race to their pit stalls at 50mph.

So where’s this coming from?

It’s a time of the season where NASCAR is deep in discussions regarding 2018 and beyond. They would not say how far a long they are in the discussion nor would the put a timetable to a yes or no decision on the new idea.

Chris Buescher’s jackman was struck during a pit stop

Why a Knoxville Raceway fuel stop is needed