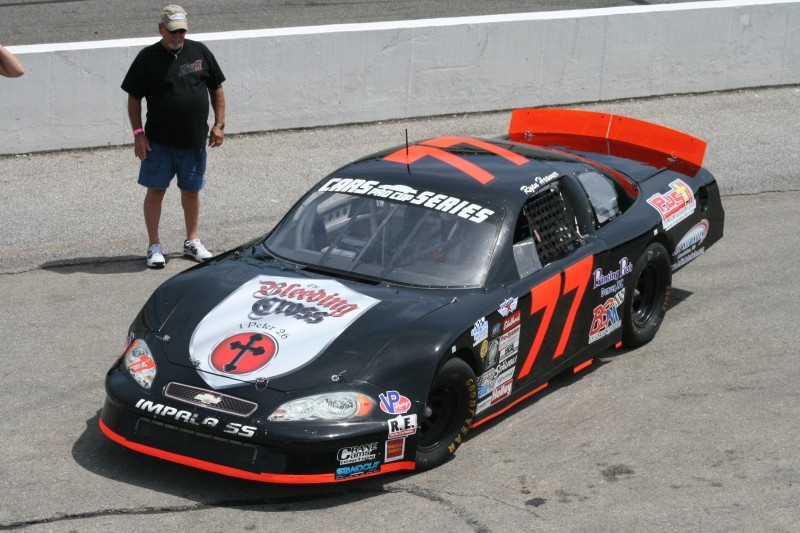 ST. LOUIS, MO (JUNE 22ND, 2012) Ryan Heavner and Bob Schacht Motorsports are set to unload at Caraway Speedway for competition with the CARS Pro Cup Series. Caraway is a new challenge for Heavner as he has never competed on the half mile oval. The 16 year old driver has had success on tracks of a similar design and looks forward to a strong weekend in Asheboro, NC.

The number 77 machine has only visited the track one time so far in 2012. The season kicked off in early June at the Motor Mile Speedway where Heavner placed The Bleeding Cross sponsored machine in seventh position at the end of two hundred and fifty laps.

Heavner is excited to get back into the seat of a racecar after a tour of public speaking events on behalf of his PUSH Foundation over the past several weeks. While the driver out of Lincolnton, NC has never raced at Caraway Speedway he does feel comfortable with the 13 degree asphalt surface after testing an ARCA machine at the facility last fall.

Stay tuned to the Ryan Heavner Racing website at the conclusion of the racing weekend for a report, race results and possibly track photos. Point your browsers to http://www.RyanHeavner.com to check in on the happenings within the team so far this season.

About Walters Web Design
Founded in 2004, Walters Web Design specializes in motorsports website development and graphic design. We use advertising and social marketing to help facilitate visitors and potential customers to all our client websites. “We take pride in all of our customer websites and we want each design to be better than our last. We feel this is what has put us above all the rest in our industry.” Walters Web Design is pleased to partner with ‘Ryan Heavner’ for the fifth year and we look forward to working with them far into the future.