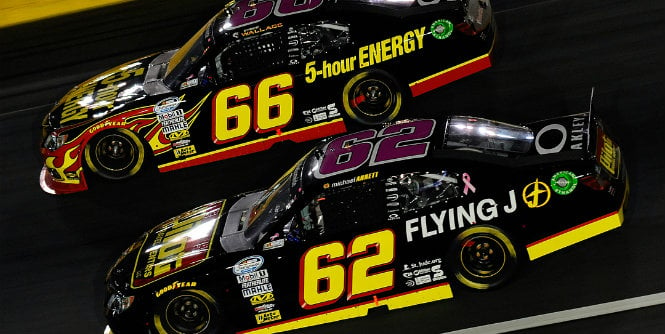 Rusty Wallace Racing will return to the race track in a limited capacity in 2013, with Steve Wallace behind the wheel of the team’s No. 66 car beginning with the Nationwide Series event at Charlotte Motor Speedway.

The team plans to announce other races at a later date. Richard Tocado Companies, a mortgage and real estate firm based in North Carolina, will back the team’s entry in the May 25 event at Charlotte. Rusty Wallace said the team hopes to compete in 10 to 15 events over the course of the season.

“I think we all learned a lot over the last year or two,” Wallace said, “and we’re looking forward to having the opportunity to show it.”

RWR shut down its two-car Nationwide Series operation in January of 2012 due to a lack of sponsorship. Former driver Michael Annett has since moved on to Richard Petty Motorsports, where he enjoyed the best season of his career last year. Steve Wallace made one Nationwide start last season, finishing 11th in a second-hand car he and a friend fielded themselves.

Rusty Wallace had fielded cars on the Nationwide tour since 1985, winning four times, the most recent with Jamie McMurray in 2004. Annett and Steve Wallace finished ninth and 10th, respectively, in 2011, their most recent full-time campaigns with the organization.