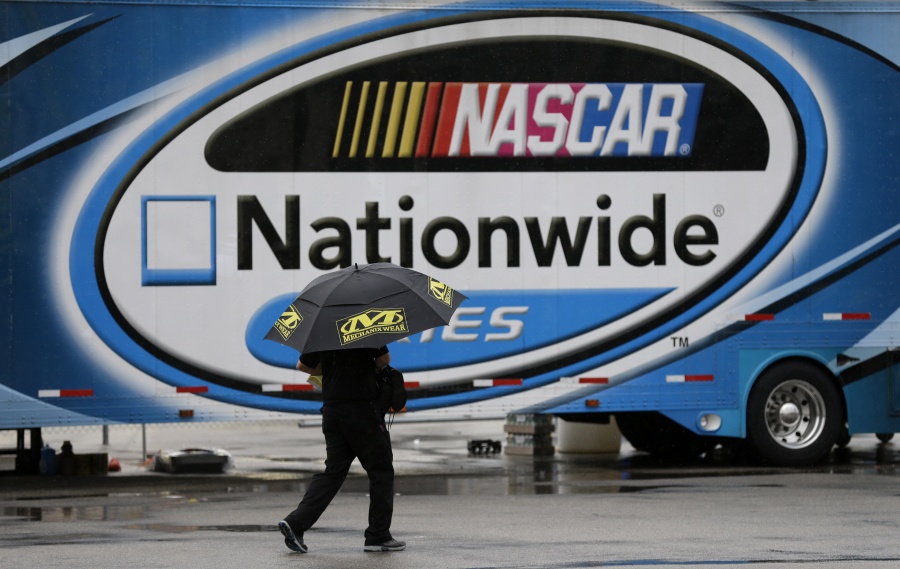 DAYTONA BEACH, Fla. (Sept. 18, 2013) – Nationwide drops NASCAR title sponsorship of the NASCAR Nationwide Series beginning in 2015. NASCAR and Nationwide Insurance have finalized a new agreement to extend Nationwide’s position as the official auto, home, life and business insurance partner of NASCAR through 2017. As part of the new contract, Nationwide Insurance also will become the presenting sponsor of the Betty Jane France Humanitarian Award.

The insurer, in its sixth year of a seven-year agreement as title sponsor of the NASCAR Nationwide Series, will pivot from its series entitlement sponsorship and focus its NASCAR marketing programs on the NASCAR Sprint Cup Series beginning in 2015.

“As a series entitlement sponsor and savvy marketer, Nationwide Insurance has been an ideal partner to our sport and we’re proud to have them continue to be part of our family of Official NASCAR Partners,” said Steve Phelps, NASCAR chief marketing officer. “The company has been highly successful in using our sport as a platform to enhance its brand and drive its business and has stated publicly how much value they glean as a series sponsor. The fact that Nationwide will continue its investment across our sport – in a variety of ways and for many years to come – is encouraging and speaks to the power of NASCAR as a marketing platform.”

The insurer began its 15-year motorsports history as a hospitality sponsor with targeted race tracks and progressed to the Official Insurance Partner of NASCAR and the title sponsor for the U.S.’s No. 2 motorsports series. Nationwide Insurance will look to build a more consistent presence in the NASCAR Sprint Cup Series enabling its message to reach an even larger NASCAR audience.

Nationwide Insurance also will sponsor the Betty Jane France Humanitarian Award. The NASCAR Foundation presents the award to a NASCAR fan who embodies the ideals of charity and community that Mrs. France has championed throughout her life. Nominees for the award honor the spirit of NASCAR, demonstrating goodwill and generosity in the interest of helping children in need. One winner receives a $100,000 donation to direct to the children’s charity of their choice along with a NASCAR experience of a lifetime. The top three remaining finalists receive $25,000 to direct to their children’s charity of choice.

“We approached NASCAR about sponsoring the Betty Jane France Humanitarian Award because it embodies the spirit and culture of giving that Nationwide Insurance values,” added Jauchius. “The Nationwide Children’s Hospital 200 race is a good example of the collaboration among sponsors, teams and the NASCAR Foundation pulling together to shine the national spotlight on a deserving organization. We look forward to working with Betty Jane and the Foundation to highlight other unique charitable efforts that NASCAR fans support all across the country.”

“Nationwide Insurance is a long-standing partner to NASCAR, and more importantly a strong advocate for children, and we are excited to welcome them as presenting sponsor of the Betty Jane France Humanitarian Award,” said Betty Jane France, NASCAR Foundation Chairwoman. “At The NASCAR Foundation, we seek to align ourselves with brands and organizations that share our same mission of enhancing the lives of children in this country. For these reasons, Nationwide Insurance is a perfect fit to help us present this special award.”

The next NASCAR Sprint Cup Series race – Chase for the NASCAR Sprint Cup Race No. 2 – will take place at New Hampshire Motor Speedway on Sunday, Sept. 22 at 2 p.m. ET on ESPN, PRN Radio and SiriusXM Satellite Radio. On Saturday night, the NASCAR Nationwide Series will run its final standalone of the season, at Kentucky Speedway at 7:30 p.m. ET on ESPNEWS, PRN Radio and SiriusXM Satellite Radio.