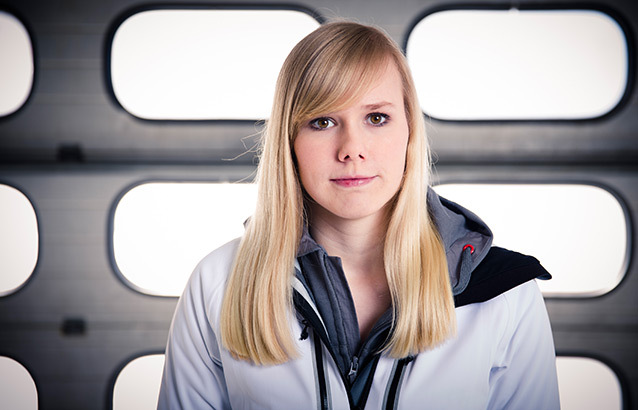 Beitske Visser, the 18-year-old Netherlander is the first ever female to join the Red Bull Racing Junior Team squad. She races in the ADAC Formula Masters and last year she scored an impressive 2 wins on her way to 8th in the championship, her first venture into single seaters as she made the transition from karts.

Once again the Red Bull Junior Team assembles some of the greatest young talents like Beitske Visser from the motorsport world and provides them with the opportunity to advance their careers. With 6 drivers from 6 nations competing in 4 race series and including a female team member for the first time, the squad is brim full of skill and enthusiasm for the 2013 season.

Founded in 2001, the Red Bull Junior Team primarily offers a chance for junior racing hopefuls such as Beitske Visser to realize their dream of entering motorsports’ premier league – Formula 1.

Therefore, Red Bull has its own talent scouts and observers who regularly screen the scene for young and talented drivers within the different series. Good race results and activities that set oneself apart from all the competitors might call their attention :-)

Just One Goal : Victory! If Beitske Visser stands out during karting events, it is not because she is a girl: since the beginning of 2010 season, her performances have earned her the recognition of her opponents, while her extraordinary motivation has impressed all the specialists.

We can all watch Beitske Visser on her climb to the premier level of motorsports (Formula 1) as she is now backed by the top team in all of motorsports.