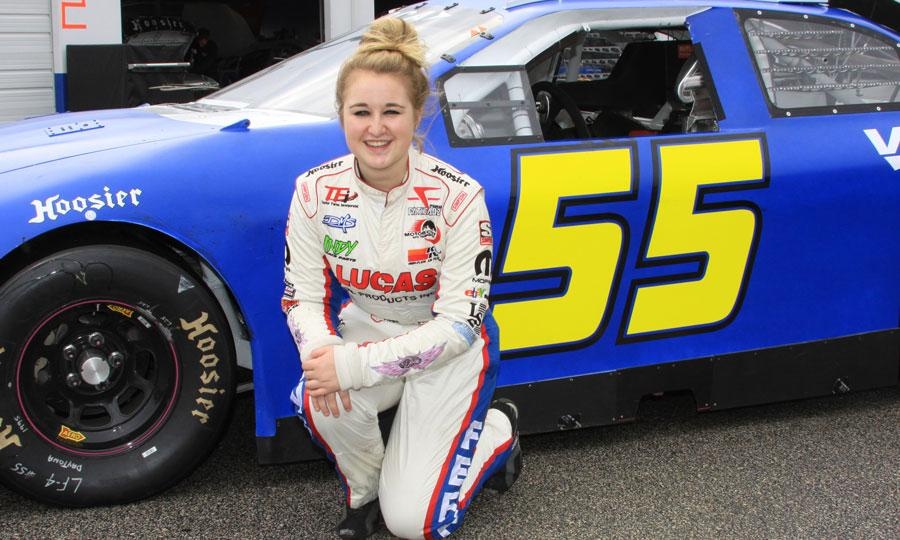 (LONG POND, Pa. – August 1, 2013) – Taylor Ferns is no stranger to making headlines.  The 17-year old high school senior from Shelby Township, Michigan is already the winningest female driver ever to compete in the famed USAC Midget Series and is now about to become the youngest female driver in the ARCA Racing Series presented by Menard’s decorated history to tackle the “Tricky Triangle” at Pocono Raceway.

Taylor Ferns will be driving the No. 55 Motor City Transport Toyota with Venturini Motorsports (VMS) with crew-chief Kevin Caldwell calling the shots during the Friday’s ModSpace 125.

“My first start on an intermediate track is going to be a learning process,” Taylor Ferns said. “I’m so used to the technical aspects of short-track racing.  Carrying those high speeds into the corners here at Pocono with the heavier car will be the biggest difference and challenge for me this weekend.  However, coming from open wheel I’m prepared and confident for what’s to come.”

Taylor Ferns will be making her fourth career ARCA Racing Series start Friday but her first on a superspeedway. She tested the Venturini Motorsports car at Kentucky Speedway in July.

In addition to running the Honda USAC National Midget Series and Traxxas USAC Silver Crown Series, Taylor Ferns also has set her sights on the second half of the ARCA season. After Friday’s ModSpace 125, Ferns is scheduled to drive a Venturini Motorsports car at Springfield and DuQuoin, Iowa and Kentucky.