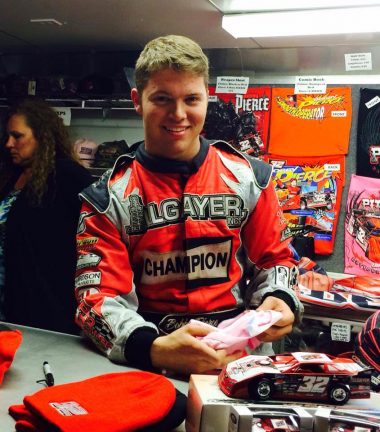 Keselowski, the 2012 NASCAR Sprint Cup champion, is the first past champion from NASCAR’s top series to partake in the event and will drive the No. 29 Cooper Standard Ford for the team he owns. He will team with Tyler Reddick, who was the youngest driver ever to start at Eldora’s World 100 Dirt Late Model race in 2012 at age 16. Reddick will drive the No. 19, Draw Tite Ford.

Brothers Austin and Ty Dillon will return to the track where they have both shown speed since first tackling it in Dirt Late Models.

Austin Dillon, driver of the No. 31 DOW Chevrolet, won the inaugural 1-800-Car-Cash Mud Summer Classic in 2013 and was the 2011 Camping World Truck Series champion and the 2013 NASCAR Xfinity Series champion.

Ty Dillon, driver of the No. 33 Rheem Chevrolet, has three Camping World Truck Series wins, and has contended for the win each of the first two years.

Two-time Eldora starter Ken Schrader will drive the No. 52 Federated Auto Parts Toyota. He started on the pole at Eldora in 2013 and has four Sprint Cup Series wins.

Bobby Pierce, the 2015 UMP DIRTCar Late Model Summernationals Champion, will drive the No. 63 RPM Services, INC/Roofix, Inc. Christopher Bell, driver of the No. 54 Toyota Certified Used Vehicles Toyota for Kyle Busch Motorsports is a USAC Champion, World of Outlaws winner and will compete at Eldora in the 32nd annual Kings Royal this weekend.

The Mud Summer Classic is the only NASCAR race on dirt and tickets and camping are going fast.

It’s a busy week of racing at Eldora as the World of Outlaws Sprint Cars will showcase The Greatest Show On Dirt in the 32nd Kings Royal Weekend on Friday and Saturday. The DIRTcar-sanctioned Sunoco American Late Model Series will race on Tuesday Night, followed by the 1-800-Car-Cash Mud Summer Classic on Wednesday.