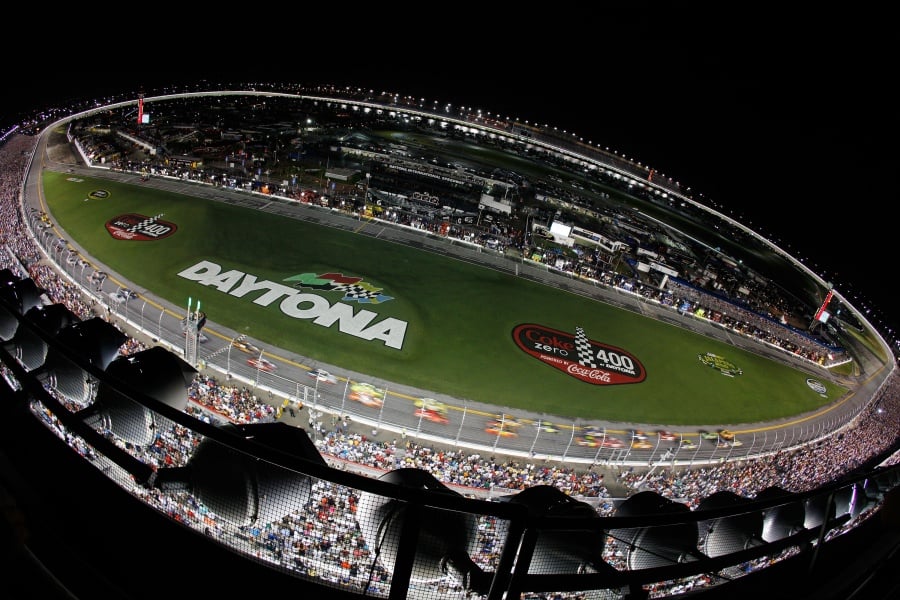 In addition to the schedule unveiling, NASCAR announced that its revolutionary Air Titan track drying system will be available at every NASCAR Sprint Cup Series race weekend throughout the 2014 season.

For the 13th consecutive year, the NASCAR Sprint Cup Series schedule will consist of 36 points races as well as two additional weekends featuring non-points events. The Sprint Unlimited (Feb. 15) and two Daytona 500 qualifying races (both on Feb. 20) will take place before the season officially gets underway. The NASCAR Sprint All-Star Race at Charlotte Motor Speedway will take place on May 17, broadcast on FOX Sports 1.

The season will open with the 56th running of the Daytona 500 live on FOX on Feb. 23 before moving west to Phoenix International Raceway (March 2) and Las Vegas Motor Speedway (March 9). Four tracks will undergo spring date changes: Texas Motor Speedway will hold its event one week earlier and move from Saturday to Sunday (April 6). Darlington (S.C.) Raceway will feature its race on April 12. Kansas Speedway will hold its first NASCAR Sprint Cup Saturday night race, with its event shifting to May 10, while Martinsville (Va.) Speedway will host the series on March 30, a week earlier than in 2013.

For the fourth consecutive season, the Chase for the NASCAR Sprint Cup will start at Chicagoland Speedway (Sept. 14) and conclude live on ESPN on Nov. 16 at Homestead-Miami Speedway.

Developed in-house at NASCAR’s R&D Center, the Air Titan progressed quickly following France’s directive to improve the racing product and fan experience in every form. Following testing in the summer and fall of 2012, Phase 1 of the technology was on-site at Daytona International Speedway in February. The 2012 Daytona 500 was the first to be postponed to the following day because of inclement weather.

Its race event debut was in April at Martinsville where it successfully decreased drying time in order to hold NASCAR Sprint Cup practice rather than have it cancelled. Air Titan’s biggest save to date was at Talladega Superspeedway’s rainy spring races where it shaved nearly an hour off drying time for both the NASCAR Nationwide and NASCAR Sprint Cup Series races, allowing those events to be completed on their scheduled days. It also was in use Oct. 3 at Kansas for track conditioning purposes while also trimming nearly 45 minutes from drying time prior to the Goodyear zone tread tire test.