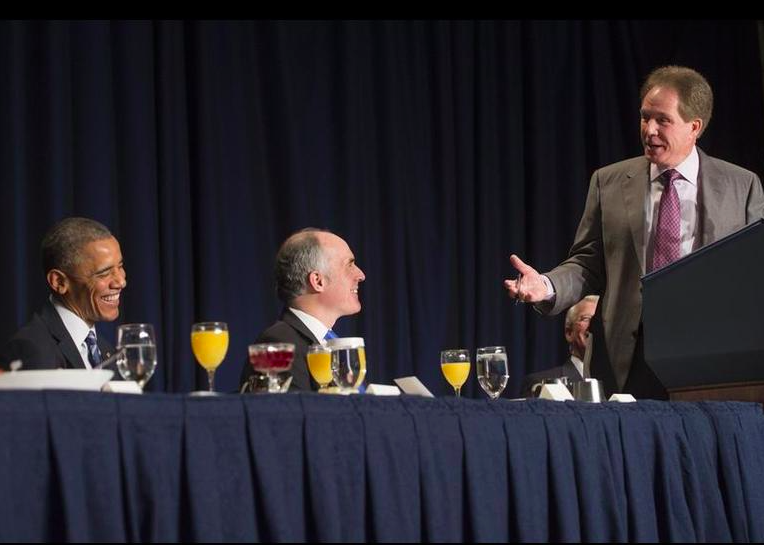 More than 170 countries were represented at the annual event, hosted by members of Congress at the Washington Hilton. Waltrip, three-time NASCAR SPRINT CUP SERIES champion and a member of the NASCAR Hall of Fame, spoke at the National Prayer Breakfast on his birthday.

“Speaking at the National Prayer Breakfast is the biggest thing I’ve ever done, the most influential audience I’ve ever addressed and the most important speech I’ve ever given,” Waltrip said. “Anyone who knows me knows I like to talk, but I was pretty nervous. I know I talk to millions of fans on TV every week. However, I’m not entirely comfortable speaking to this many people in person, but the Lord told me to do so. This was an honor beyond description and a moment I’ll never forget. I love to share my testimony about what the Lord has done in my life, and doing it on my birthday made it that much more special.”

Waltrip is the Chairman of Motor Racing Outreach (MRO), a NASCAR ministry he helped establish in 1987. He and brother Michael Waltrip host the Waltrip Brothers’ Charity Championship golf tournament each year, a two-day fundraiser in Franklin, Tenn., that benefits MRO, Feed the Children and other charities.

The National Prayer Breakfast has been held annually since 1953, when the United States Senate and House of Representatives met with President Eisenhower to discuss privately his experience with the “Almighty” on D-Day. The event has taken place the last week of January or the first week in February, near the opening of Congress, every year since. More than 500 volunteers from small groups across all 50 states and many countries assist the Senate and House groups in hosting the guests. Every U.S. president since Eisenhower has participated.

Shane Stewart to jump out of retirement with Trackhouse support

How do NASCAR tracks make money and how much?