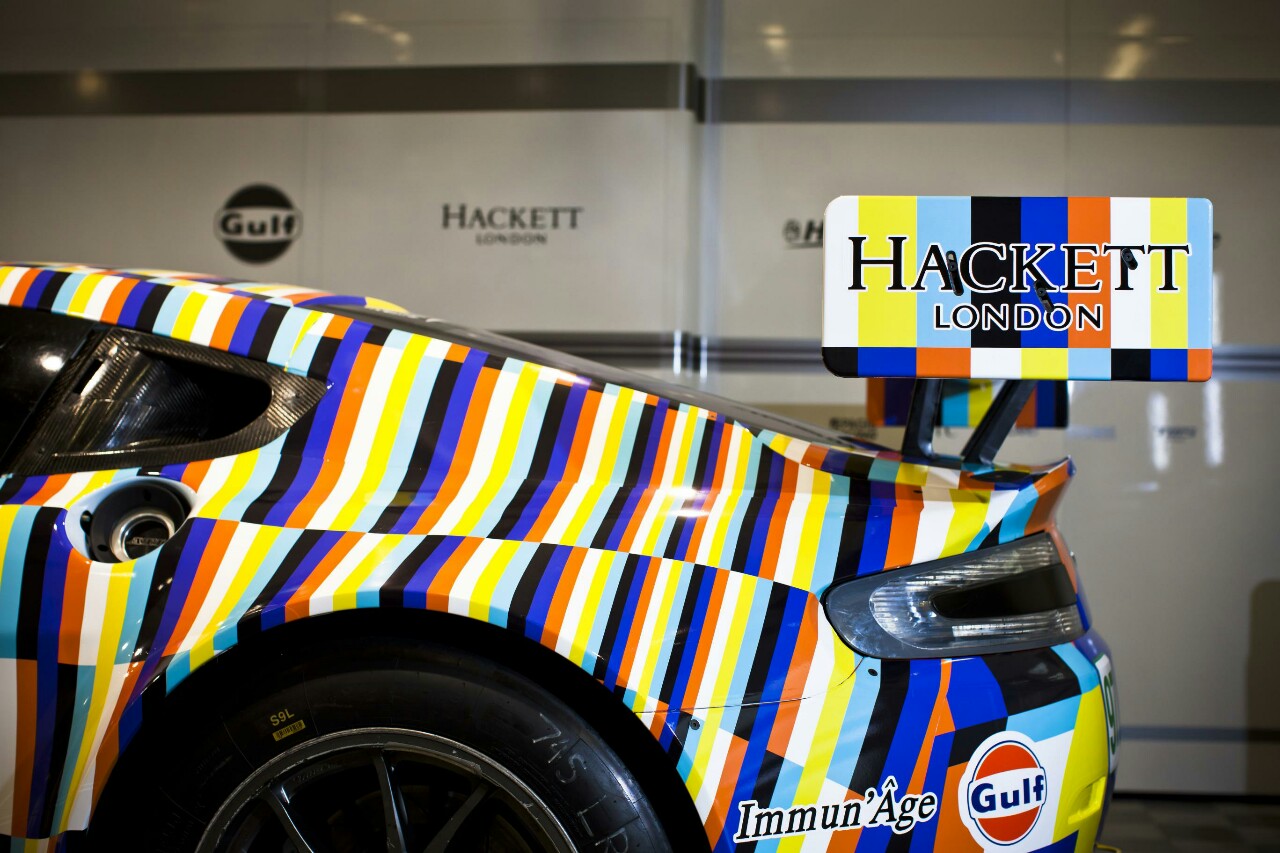 Aston Martin Racing has released photos of the Tobias Rehberger art car designed for the 24 Hours of Le Mans. The unique creation gives the Gulf #97 Vantage GTE the illusion of movement and speed, even when static.

Tobias Rehberger is renowned for his abstract art and optical effects that distort perception and has received numerous international prizes and awards, including the Golden Lion for best artist at the 2009 Venice Biennale. Aston Martin Racing invited him to design a livery that would work with the Gulf Vantage GTE’s lines and colours in a way never attempted before.

Thirty years since the first art car ran in the 24-hour race, Tobias Rehberger set out to create a design that uses geometric shapes and patterns to give the car, when static, the impression of movement and speed.

The German artist, who will attend Saturday’s race as a guest of Aston Martin Racing, explained: “My design for the Aston Martin art car is rooted in my interest in distorted perception and related phenomena like auto moving patterns, optical effects, camouflage and visual confusion, which I have addressed in many works before.

“In this case, the design is based on a geometric optical effect pattern. Comparable to a fast object, a steady fixation on a point of the pattern is impossible.” Says Tobias Rehberger

The Tobias Rehberger art car was commissioned by the owner of car #97 who has long-admired the work of Rehberger and was interested to see how he could manipulate the appearance of the race car that is based on Aston Martin’s Vantage road car.

Driver of the car, Darren Turner was impressed with the results: “Personally, I think art cars are fantastic,” commented Turner. “This design really pushes the boundaries of what’s been done before and challenges how we can use patterns and colours in racecar liveries – I love it!”

The art car design, which will be seen on the side of the #97 Vantage GTE in this weekend’s 24 Hours of Le Mans, will be unveiled at the official race scrutineering in the town centre today (8 June).

NEXT POST
24 Hours of Le Mans Results Led By Porsche