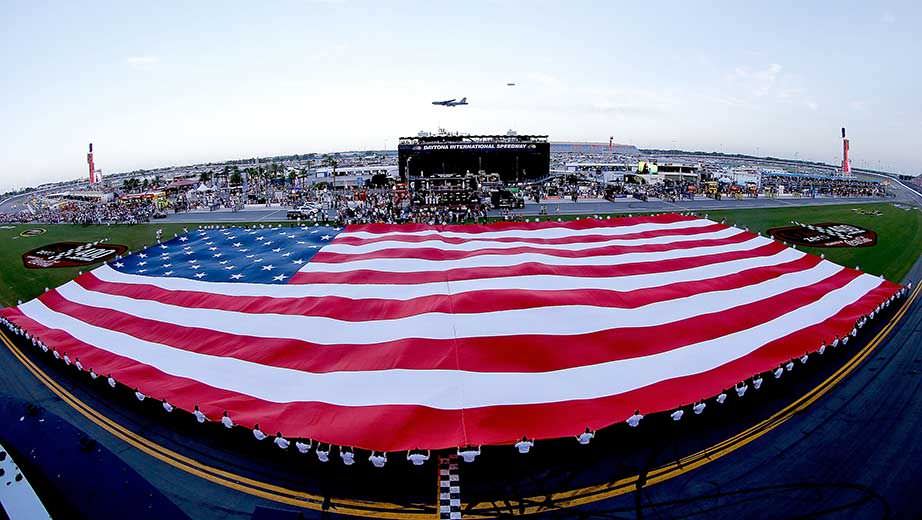 The NASCAR Confederate Flag topic has been raised again. This time NASCAR and CEO have politely asked fans to stop displaying the Confederate Flag. Read their official press release of the flag here.

NASCAR announced Thursday morning an unprecedented collaboration among the tracks that host its national series events in an effort to ask fans to “refrain from displaying the Confederate Flag at our facilities and NASCAR events.”

The sanctioning body revealed Thursday that every track signed on, vowing to help remove fans’ displays of the flag.

“We’re all trying to be, as we should, the most inclusive sport that we can, and you can’t say that on one hand and then fly a very offensive flag to an entire race of people on the other,” NASCAR Chairman and CEO Brian France said Wednesday on SiriusXM NASCAR Radio. “It just doesn’t comport. That’s where we are, and there’s no daylight between that. And I was clear on that over (last) weekend, and our tracks are working on the right kind of solution to work with our fans.”

Click here to read the recent statement on the Confederate Flag from the NASCAR CEO.

The flag has become a national talking point in the wake of the shooting in a Charleston, South Carolina, church July 17 that left nine African-American worshipers dead. Authorities arrested 21-year-old Dylann Roof in connection with the tragedy, finding as part of their investigation a supremacist manifesto and photos posed with the Confederate flag attributed to Roof through social media.

Days after the killings, South Carolina governor Nikki Haley called for the removal of the Civil War battle flag of the Confederacy from the state’s capitol grounds. Last Friday, Earnhardt issued a no-nonsense statement of his own, reiterating his thoughts on the flag’s symbolism.

“I’ve made my comments about the Confederate flag several times, and I stand behind NASCAR’s stance to remove it,” Earnhardt, NASCAR’s most popular driver, said before Friday’s opening practice at Sonoma. “I think if it’s offensive to an entire race, it really does nothing for anybody to be there flying. It belongs in the history books, that’s about it.’’

France said Wednesday that the sanctioning body’s stance is clear.

“We’ve taken the position that we need to disassociate ourselves with that symbol, that flag in every way that we can because it just represents a very offensive message, and I think Dale Jr. said it best,” France said. “That flag belongs in a museum and part of our history but not flying at a NASCAR race and part of our future. He said it about as well as you could say it.”

Gordon — a four-time NASCAR champion in his final full season of competition and like Earnhardt, a driver for Hendrick Motorsports — echoed his teammate’s remarks last weekend at Sonoma.

“As far as the Confederate flag I think that… I know how we approach it at Hendrick Motorsportsand that is everything that we can control,” Gordon said. “We have eliminated the ability to use it in any way or it show up in any of the things that we are involved with. I think that is the stance I see that NASCAR has taken and have had that stance for several years. To me I’m in support of what they are doing. It’s a delicate balance. We race all over, but the South is an area where we have a lot of fans. Everyone has different opinions and expression of that. I support NASCAR and the stance that they are taking.”

Both NASCAR and International Speedway Corporation (ISC) issued statements last week backing Governor Haley’s recommendation and to reiterate their views on the flag. Daytona International Speedway, an ISC track, announced Tuesday that it would implement a voluntary program where fans can exchange their Confederate flags for American ones during this weekend’s Coke Zero 400.

Zack Albert contributed to this article.