“A large amount of business was done at the 2015 PRI Trade Show this week, and that bodes well for the industry in 2016,” said Performance Racing Industry Trade Show producer John Kilroy. 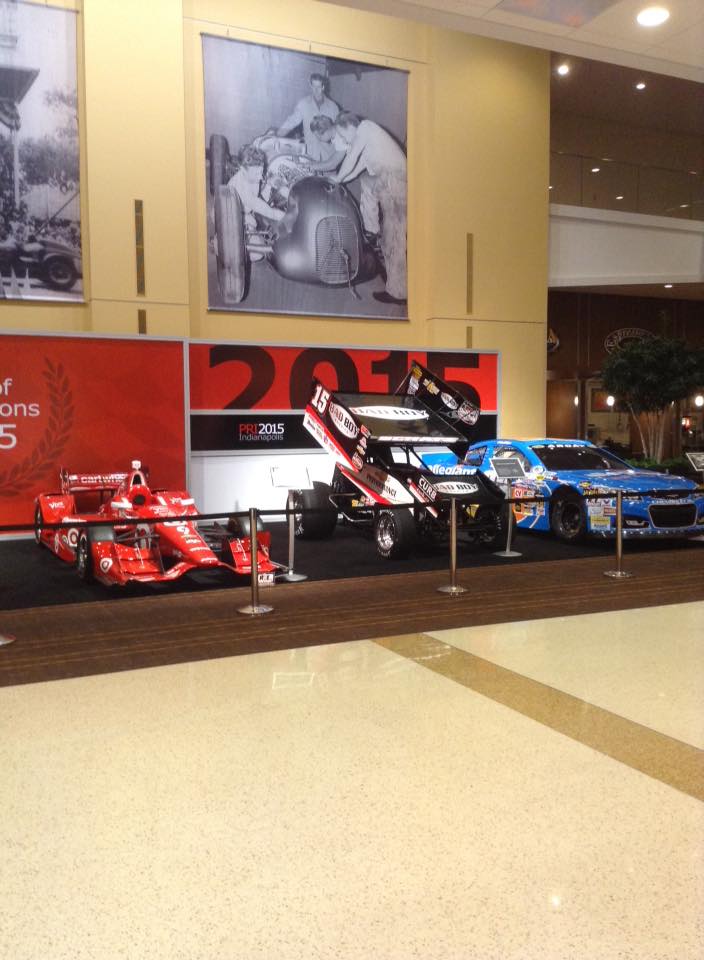 The “Three Biggest Business Days In Racing” lived up to the billing Saturday as the PRI Trade Show sprinted to the finish line with yet another day of crowded display booths and brisk parts sales.

The 2015 edition of the world’s premier event for motorsports professionals saw tens of thousands of attendees from across the United States and more than 70 countries flock to the Indiana Convention Center in Indianapolis for three days of intense shopping for the latest offerings from more than 1200 manufacturers of racing and high-performance automotive components, as well as precision machining equipment.

“We’ve grown each of the three years since returning to Indianapolis, and it’s safe to say that 2015 has been one of the most successful PRI Trade Shows ever,” said John Kilroy, PRI Show producer. “We’ve received positive feedback and glowing numbers beginning with the start of Race Industry Week on Monday, through the PRI Grand Opening Breakfast, and then all the way until the Show’s closing today. A large amount of business was done this week, and that bodes well for the industry in 2016.”

After two straight days of shoulder-to-shoulder aisle activity and robust sales, there was no let-up on Saturday.

“The show’s been excellent this year-we had many more people come by this year that we initially anticipated,” said Melissa Moorhead from exhibitor Rottler Manufacturing. “It seems like attendance has been larger than it has been in the past, and we’ve seen a good variety of customers. PRI is our favorite show, and it’s our biggest show. We have 14 machines on display this year. Every year PRI seems to get bigger and better for us.”

Similar accounts were heard throughout the Convention Center.

“The show has been excellent,” said Rob Remesi of exhibitor Jesel Valve Train. “Last year was a very busy show here, but this year is far above it. I don’t think I’ve given away as many cards as I have here, and we’re almost out of catalogs. The crowd here is fantastic. Day three was as busy as days one and two. We’re seeing new buyers, some international sales, dealers from Australia that are interested in becoming retailers for us in Australia, and, of course, US sales as well.”

Attendees continued to express their appreciation throughout one of the Show’s busiest ever final days.

“They have anything you could possibly ever want here,” offered Reece Tracy, a fabricator with Hearn Motorsports from Litchfield, Illinois. “There’s stuff that I’ve never thought about that can make your job 10 times easier. The Trick Tools booth, anything you want to see or anything you could dream of is here. Their header building kit is absolutely outrageous.”

Most importantly, attendees used the opportunity to shop at the world’s largest racing marketplace.

“The show was great,” said John Kolivas of KBX Performance, Ashland Mississippi. “We came down to visit with quite a few of our vendors. We own an engine and tuning shop. So we’ve talked to DART and a lot of the piston companies, and we just bought a honing machine from Rottler. Everybody that’s anybody is here. Anything you want to find is here. We really enjoy it.”

Penske Racing Shocks’ Matt Giles summed up the final day: “This is probably the busiest Saturday I’ve ever seen. We’ve been busy non-stop.

Preparations are already underway for the 2016 PRI Trade Show at the Indiana Convention Center, December 8-10.