Pagenaud led 76 of the 85 laps in the No. 22 Hewlett Packard Enterprise Chevrolet) to score his fifth win of the season and wrap up the title. It secured Team Penske’s 14th Indy car championship in its 50th year of operation. 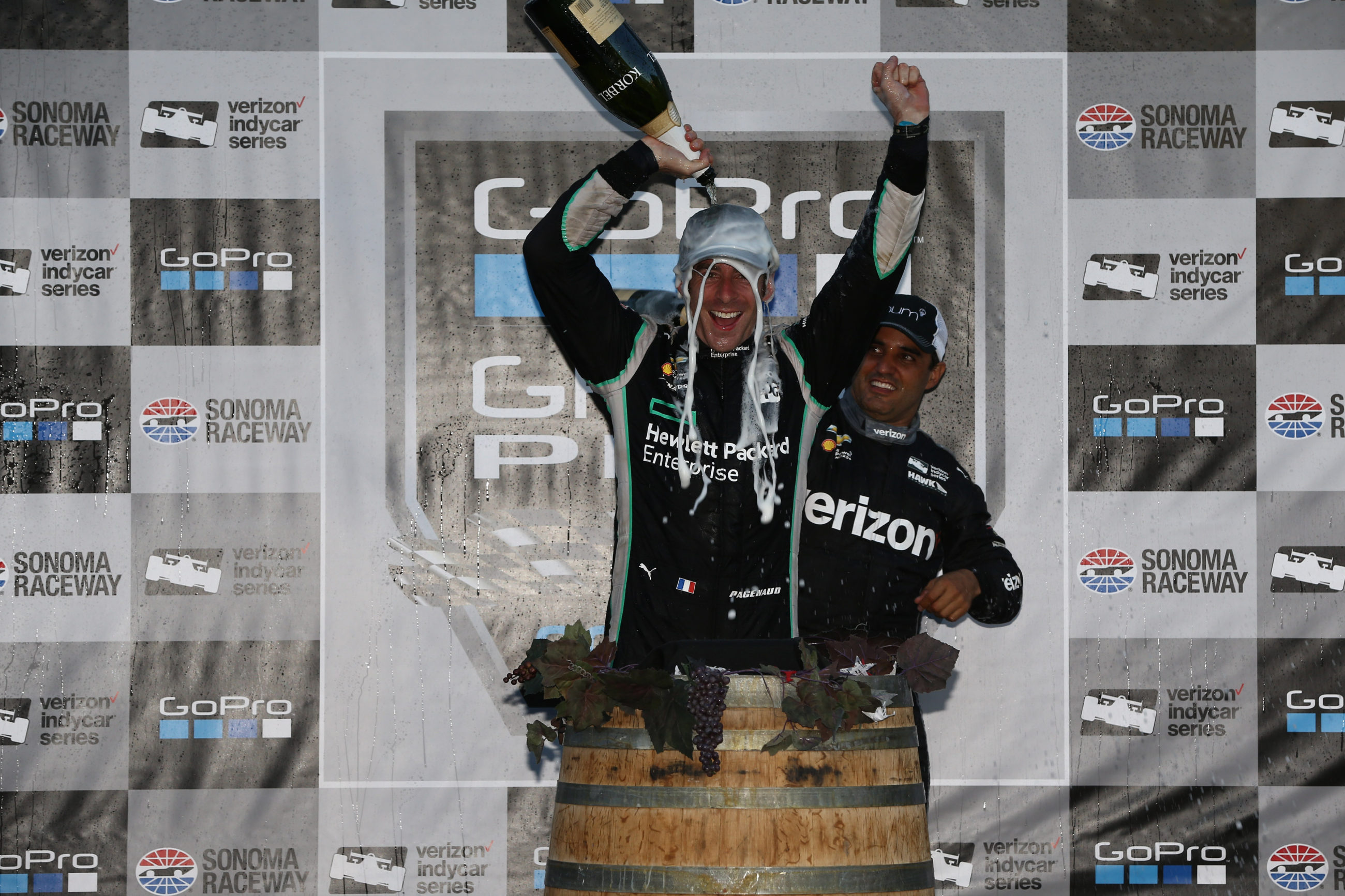 “It’s unbelievable. I think I will realize it more tomorrow,” Pagenaud said. “What a race! There is so much emotion right now, to be honest, I don’t know if you can see it. I can’t find the words. My whole career has been about this, about today and getting to this point and to this level.”

Pagenaud held a 43-point advantage over teammate Will Power heading into the weekend and added a point by winning the Verizon P1 Award in qualifying Saturday. Power started fourth in the No. 12 Verizon Team Penske Chevrolet and moved into second place behind Pagenaud after the first round of pit stops. But a clutch malfunction on Lap 36 forced Power to stop on track and bring out a full-course caution. The Australian finished the race in 20th place to secure second in the championship for the fourth time in his career, 127 points behind Pagenaud.

“I’ve raced him for 10 years and I’m happy to see him win a championship,” Power said, “even though I finished second to him.”

Helio Castroneves finished the race in seventh place in the No. 3 Hitachi Chevrolet to wind up third in the championship. It gave Team Penske its second 1-2-3 sweep in the standings, after also accomplishing the feat in 1994 (Al Unser Jr., Emerson Fittipaldi, Paul Tracy). 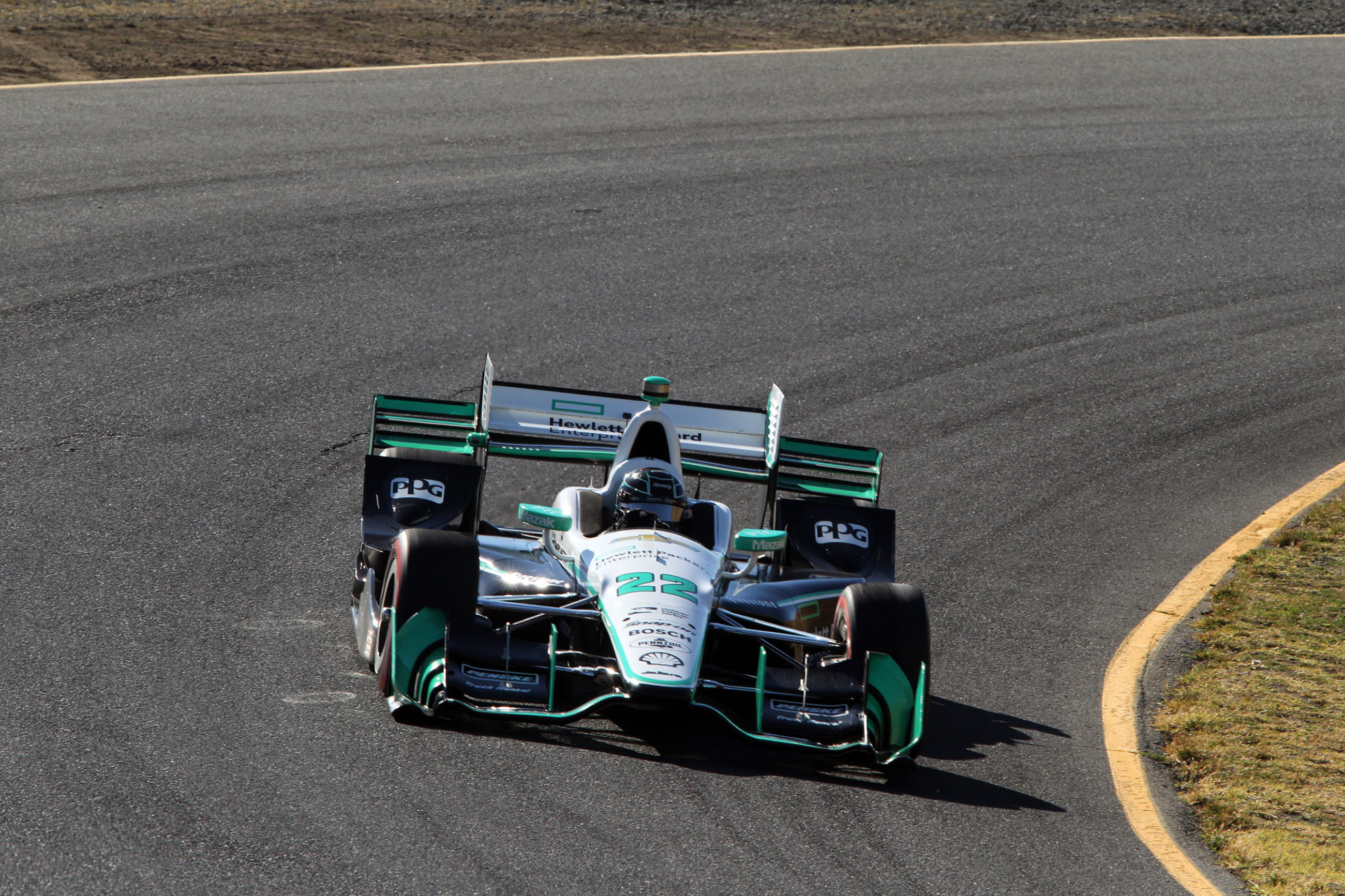 Meanwhile, it was all Pagenaud all race long, as the Frenchman put on a championship drive en route to stamping his name in the history books as the champion. Rahal pushed him over the closing laps but was never able to attempt a pass for the lead.

“Good day, good way to end it,” Rahal said. “I wanted to get Pagenaud , but when I’d get behind him, I’d get massively loose. I thought at one point it was best I salvage a second place rather than do something stupid.”

Josef Newgarden (No. 21 Fuzzy’s Vodka Ed Carpenter Racing Chevrolet) finished sixth in the race to claim fourth in the championship. Rahal’s runner-up result in the race scores him a fifth-place championship finish, tops among the Honda drivers. Chevrolet clinched the manufacturers’ championship for the fifth straight year – each season since engine competition resumed in 2012.

Rossi ran out of fuel coming out of the last turn of the last lap, allowing teammate Hunter-Reay to overtake him for fourth place in the race. Still, Rossi, the 2016 Indianapolis 500 winner clinched Sunoco Rookie of the Year honors.

The 2017 Verizon IndyCar Series season – a total of 17 races with all the same venues as this year with the addition of Gateway Motorsports Park near St. Louis – kicks off March 12 with the Firestone Grand Prix of St. Petersburg.

How much did the 2016 Indycar Champion Earn?

NEXT POST
Josef Newgarden to Team Penske INDYCAR program in 2017