Jeff Gordon talks about the book “Jeff Gordon: His Dream, Drive & Destiny.” on the LIVE with Kelly. Watch the Jeff Gordon Live! with Kelly interview below.

CONCORD, N.C. — This weekend at Martinsville Speedway, Jeff Gordon — filling in for Dale Earnhardt Jr. — will be back behind the wheel of the No. 88 Chevrolet SS for the final time this season.

But before returning to the track, Gordon made a trip to New York City and made a guest appearance on “LIVE! with Kelly.” 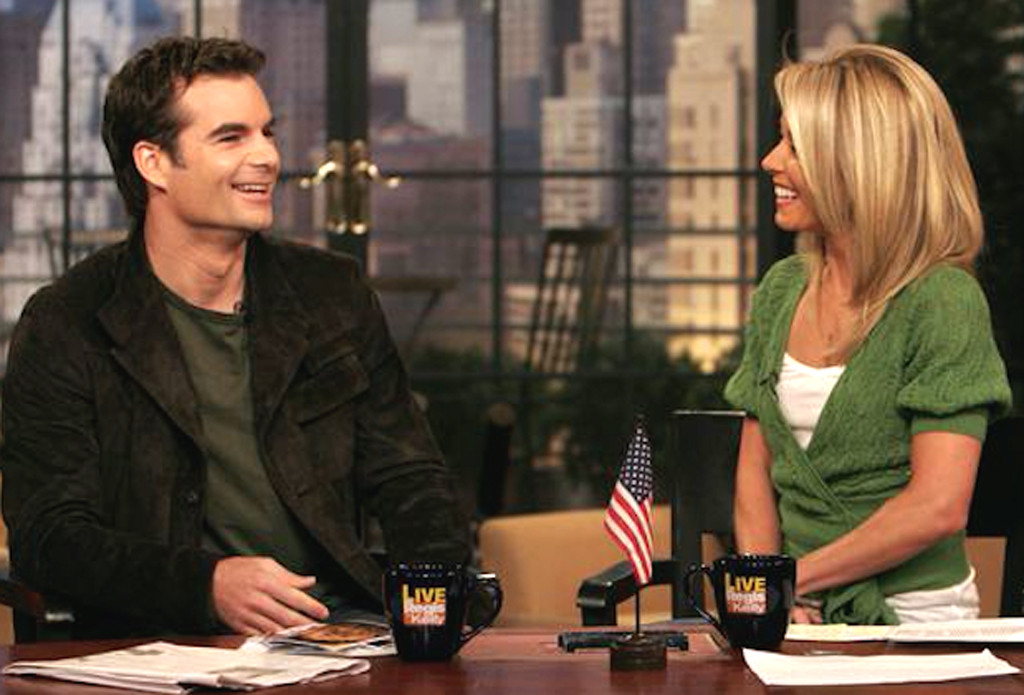 Jeff Gordon has made 15 appearances on Live! with Kelly. He first appearance on the daytime talk show came in 2004.

Gordon joined Kelly Ripa and co-host Ciara on Wednesday, Oct. 19, to talk about his book, “Jeff Gordon: His Dream, Drive & Destiny,” along with details on filling in for Earnhardt and more.

After the Jeff Gordon interview with Kelly, Jeff took to social media in thanks. He said, “Always a pleasure & fun to be on LIVE with Kelly. And a special treat to have co-host Ciara joining my good friend Kelly Ripa. Thank you!”

Check out the video above to watch the full interview.

Rapper, Machine Gun Kelly will give the command in Charlotte

I used to Hate Jeff Gordon until…