Well that was odd. The podium finish was stripped from not one, but two drivers in today’s Mexican Grand Prix.

As the usual Mercedes AMG Petronas drivers drove away from the field, the battle was on for the final step of the podium. However, I don’t think anyone expected the drama that would soon follow. 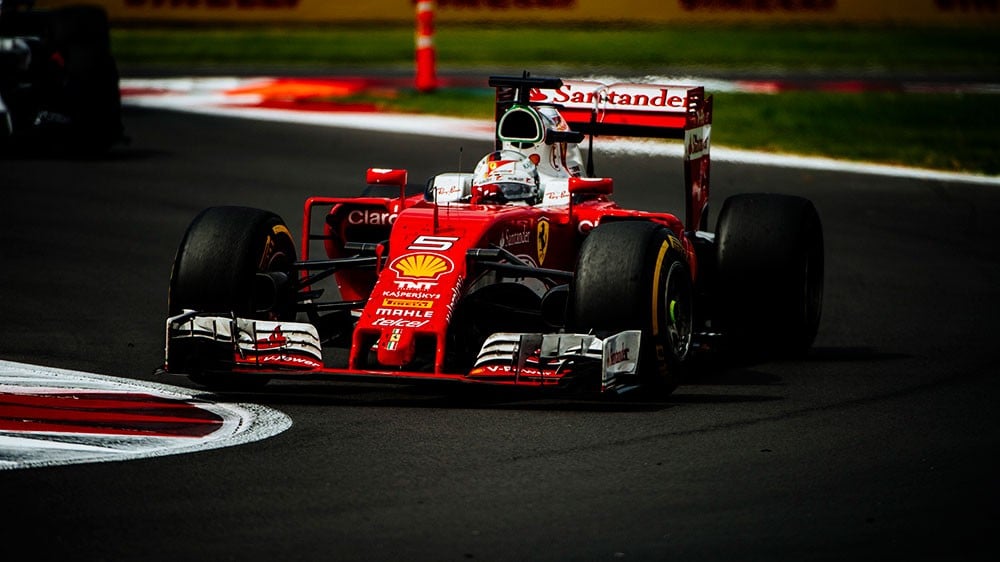 The head Ferrari driver and multiple F1 Champion, Sebastian Vettel was chasing down Max Verstappen. He was on fresher tires than the Red Bull Racing driver. At the same time Daniel Ricciardo, on even fresher tires was catching both of them. The fight was real and in modern day Formula One, 3rd place is basically a win for any team.

Young Max Verstappen cracked under pressure. He was forced to an error and drove off track. He basically cut the track layout in turn 1. While doing so he defended his position when re-entering the track. Max Verstappen knew he would have to give the spot up to Vettel for cutting the course. However, he didn’t.

Instead, Max Verstappen backup up to his known bitter rival of Sebastian Vettel. This slowed both drivers down and allowed Daniel Ricciardo to enter the picture, faster than expected. Max hasn’t said that it was on purpose, but it certainly was.

Vettel was on fire! All over the radio, cussing Max, cussing F1 officials. Even taking his temper tantrum to a level that has probably never before been heard across F1 airwaves. He extended a special message to F1 race director Charlie Whiting. A very direct, “F*** off!”

Things were escalating quickly, hot tempers were getting the best of the F1 drivers. Max wanted to give his teammate the best chance possible to pass Vettel. Instead, Vettel threw an aggressive block. An important note, that aggravated block was in the breaking zone.

Do to the block by Vettel he was able to hold his position. The 3 drivers, finished in that order. 3) Max Verstappen 4) Sebastian Vettel 5) Daniel Ricciardo.

Max Verstappen was the first to get the boot. He was stripped of his Mexican Grand Prix podium nearly instantly. Sebastian Vettel then ran from pit lane all the way to the podium.

He accepted the 3rd place trophy, stood in silence for the national anthem, hugs of celebration all around. Then, things took a dark turn for Vettel and Scuderia Ferrari. Several hours later, he too was stripped of his 3rd place finish.

Blocking in the breaking zone is now against the rules. Vettel actually got bitten by the very rule he helped create. Vettel complained to F1 officials about Max Verstappen doing the same thing to him, just weeks prior. After a lot of talk about Max Verstappen’s defensive driving techniques, F1 added a rule to prevent it.

Daniel Ricciardo was handed a gift from the F1 god’s. After finishing the race in the 5th position, he was awarded 3rd place and the final step of the F1 podium.

The stewards paid particular attention to the Race Directors Notes from the US Grand Prix (v2) and from this event (point 18).

The telemetry and video evidence shows that the driver of Car 5 did change direction under braking.

Article 27.5 and the Race Director’s Notes have essentially three criteria that determine a breach

The video footage, including the close circuit footage, the broadcast vision, both drivers’ on board cameras plus the telemetry show that there was an abnormal change of direction by Car 5 and this was considered to be potentially dangerous in view of the proximity of the wheels of each car.

The video evidence clearly shows that Car 3 had to take evasive action as a result. Accordingly as all three criteria have been met, the driver of Car 5 is guilty of a breach of Article 27.5

“Today I think we did everything right, we had a very good pace. I think we could have even done better with a better position in Qualifying, but we can’t change yesterday. We were very positive going into the day today, we knew that the speed was there, so we had good confidence for the race. We made the tires last longer than anybody else. We were quicker, so we put Verstappen under pressure: for sure it was not easy to pass, but he did a mistake, cut the track and didn’t give the position back even if he was told to do so. About the fight with Daniel: I respect him a lot, it is never ideal when you touch. On my defense, I was fighting hard, and trying to give him some space, which I think I did.” 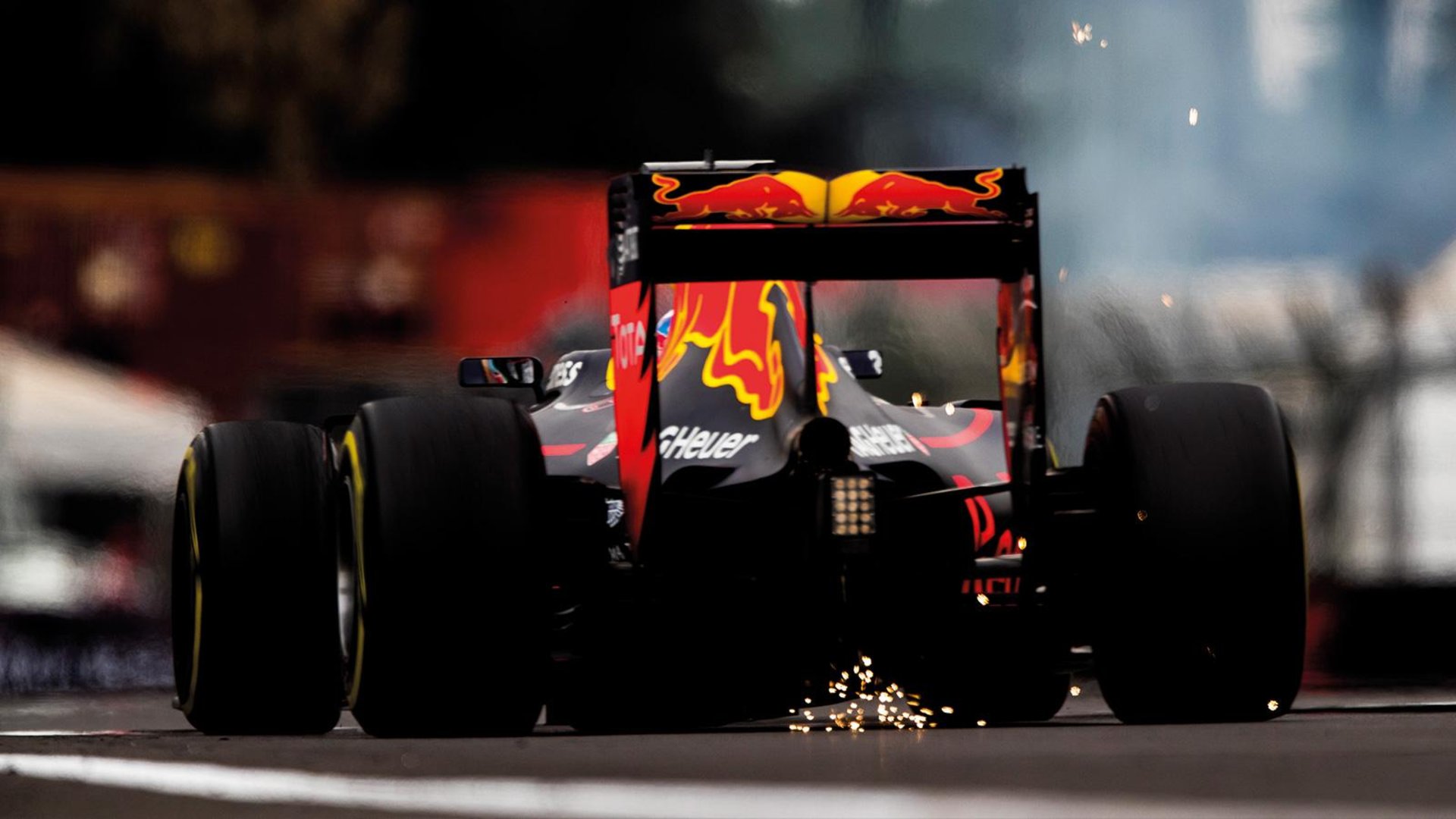 “When I went off the track towards the end I think it was pretty similar to Lewis on lap one, corner one. He went off and I felt he gained an advantage, I didn’t even gain an advantage, I was ahead going into braking and when I came back on the track I was the same distance in front so I don’t understand the penalty. I think it was a small bit of justice that the stewards made the decision to penalize Seb. It was clearly a wrong move which has been punished according to the rules. As long as we can stick to the rules every week then we won’t have the frustration we felt after the race. I’m really happy for Daniel to get on the podium after a strong drive and it’s a great result for the team. It makes our second position in the Constructors’ Championship that little bit closer and I believe it confirms Daniel as P3 in the Drivers’ Championship. After a bit of stress we end the weekend with smiles all round. I could have done with a few more laps on the supersoft to get me closer to overtaking Nico, but at the end of the day we were always going to struggle to overtake here due to straight line speed. At the end of the day the Mexican fans have been amazing once again, the atmosphere and noise was great.”

“Obviously I’m happy to get the points and it means third for me in the Drivers’ Championship.”