The Last Great Colosseum and one of the most famous short tracks in the world, hosts the Inaugural U.S. Nationals of Short Track Racing, May 19-21.

The signature event will be sanctioned by five different sanctioning bodies and for the first time in stock car racing history, will bring together six top categories of racing to compete on the same track in one spectacular weekend of action. Champion Racing Association powered by JEGS (CRA), who took the lead sanction body role in developing this event, will be co-sanctioning the Super Late Model race with their ARCA/CRA Super Series Powered by JEGS along with The CARS Super Late Model Tour (CARS) and the Southern Super Series (SSS).

CRA will also oversee the action for the crate late model event with their JEGS/CRA All-Stars Tour presented by Chevrolet and the Street Stocks, while the CARS officials will oversee the Late Model Stock portion of the event with their CARS Late Model Stock Tour.  The compacts will be organized and overseen by the Vore’s Compact Touring Series while the Modified portion of the weekend will be sanctioned by International Championship Auto Racing (ICAR) Top Speed Modified Tour.  The U. S. Nationals of Short Track Racing is being presented by Vore’s Welding & Steel. 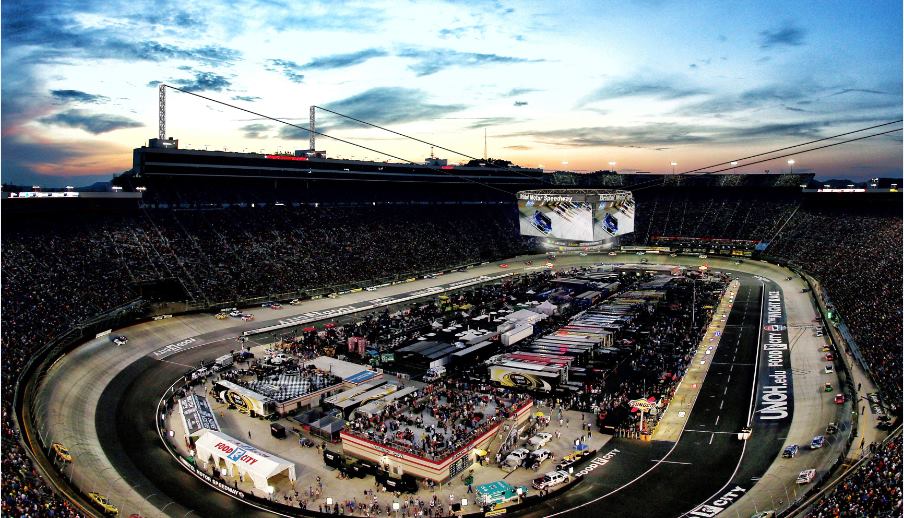 “Bristol Motor Speedway is proud to announce today that in 2017 it will host the biggest and what promises to be the most exciting event in short track stock car racing history,” said Jerry Caldwell, executive vice president and general manager of Bristol Motor Speedway. “We’re looking forward to fans joining us following the NASCAR All-Star race at Charlotte Motor Speedway. It will surely be an event you won’t want to miss.”

These powerful and exciting cars thundering around the high banks of Bristol Motor Speedway are guaranteed to produce some thrilling action. At Bristol we have a long history of putting on events that are considered the biggest and the best, and we feel this race weekend has great potential to achieve that status in the world of short track stock car racing.”

The premier event at BMS will join the likes of some of short track racing’s most revered events, including the prestigious Snowball Derby in Florida, Indiana’s famed Winchester 400 and Nashville’s All-American 400.

“This event is a dream come true for everyone involved with short track racing,” noted CRA Founder/President R. J. Scott.  “Immediately, it becomes an historic and nationally significant event, which everyone will want to be a part of.  There are a few great trophies that everyone wants to have in racing, and you can add the trophy from the U.S. Nationals of Short Track Racing to that list.  Three of the most respected words in racing are…Bristol…Motor…Speedway.”

Scott went on to add, “A couple of key people in helping make all this happen are Steve Vore for taking on the role of presenting sponsor and Norm Partin of Nashville for his key role in helping to build this event through his long standing relationship with Bristol Motor Speedway.”

“It is thrilling that Vore’s Compact Touring Series racers, along with five other great stock car divisions will get the chance to make history with the U.S. Nationals of Short Track Racing presented by Vore’s Welding & Steel at Bristol Motor Speedway,” commented Steve Vore, owner of the Vore’s Welding & Steel and the Vore’s Compact Touring Series.

For the modifieds, ICAR/Top Speed Modified Series owner Dave Muzillo noted, “I’m looking forward to bringing these types of modifieds that race all around the country, together at one race track, and watch them battle it out for the title at this historic event…it will be exciting!”

“This is an epic announcement for short track fans, drivers, teams, and sponsors,” said Chris Ragle, CARS Tour Series director. “This will be the marquee event of asphalt short track racing next year, period. Obviously races like the Snowball Derby, Winchester 400, and Martinsville 300 for Late Model Stocks are crown jewel events, but nothing can compare to competing and putting on an event at Bristol Motor Speedway.”

The six categories of racing to be featured at the U.S. Nationals of Short Track Racing presented by Vore’s Welding & Steel are:

Super Late Models – The premier division of asphalt short track racing cars in the United States. These cars typically feature 600-plus horsepower engines under the hood of a custom built chassis weighing around 2,750 pounds.

Pro Late Models – These racecars are similar to those in Super Late Model but they all must utilize a specific factory crate engine. The crate engines are built by the participating auto manufacturers, including General Motors and Ford.

Late Model Stocks – These machines evolved in the Carolinas and are raced primarily at weekly asphalt tracks located throughout the Mid-Atlantic region of the United States. These cars weigh approximately 3,100 pounds and their engines pump out about 400 horsepower.

Street Stocks – This entry category is a popular developmental opportunity for those who aspire to gain experience and become future stars of the Late Model Stock scene. The cars in this division must be 1960-2016 models of rear wheel drive street cars that must remain stock appearing and equipped with eight cylinder engines weighing in the neighborhood of 3200 pounds.

ICAR / Florida-Type Modifieds – This open wheel style of racing originated on the short track paved ovals of Indiana and is now featured at race tracks throughout the country.  The fender-less machines are powered by V8 engines with a minimum weight of 2,600 pounds.

Compacts – This exciting class showcases four and six-cylinder, front wheel drive compact cars. These smaller wheelbase race cars are popular because the class is predominantly made up of the compact cars seen on the streets today.

“I think with today’s announcement it goes to show when you are unified and are willing to work together great things can be accomplished,” said Jack McNelly, CARS Tour Series owner. “This event took a lot of work and cooperation from all parties to make this event a reality. I don’t know a short track racer who doesn’t aspire to race at Bristol one day. It’s the most iconic short track in North America, if not the world, and come May racers from across the country are going to get that opportunity.”

Southern Super Series and Five Flags Speedway owner Tim Bryant summed up the excitement and thoughts looking forward, “It has truly been exciting to see that all of this is finally going to take place, and it will surely create a buzz in the short track industry.  We’ve still got a lot of work to do and details to finalize, but it was time to let the world know to put May 19th to 21st on their calendars for this MUST SEE short track event. We are thrilled to be a part of it and look forward to working with everyone.”

BMS will provide details on tickets, camping and general information at a later date. Be sure to check back regularly at bristolmotorspeedway.com for updates.

Racers should follow the websites of the appropriate sanctioning bodies for more news and information when those items are finalized and released this winter.