The Kyle Busch 2017 NASCAR Truck races are scheduled. With a new rule for 2017, NASCAR Cup Series regulars are limited to just 5 starts per season.

Busch ranks second on the Truck Series All-time win list with 46. The Las Vegas native has been victorious in a remarkable 34.6 percent (46/133) of his starts since debuting in NASCAR’s third division in 2001 and has finished first or second 52.67 (70/133) percent of the time. 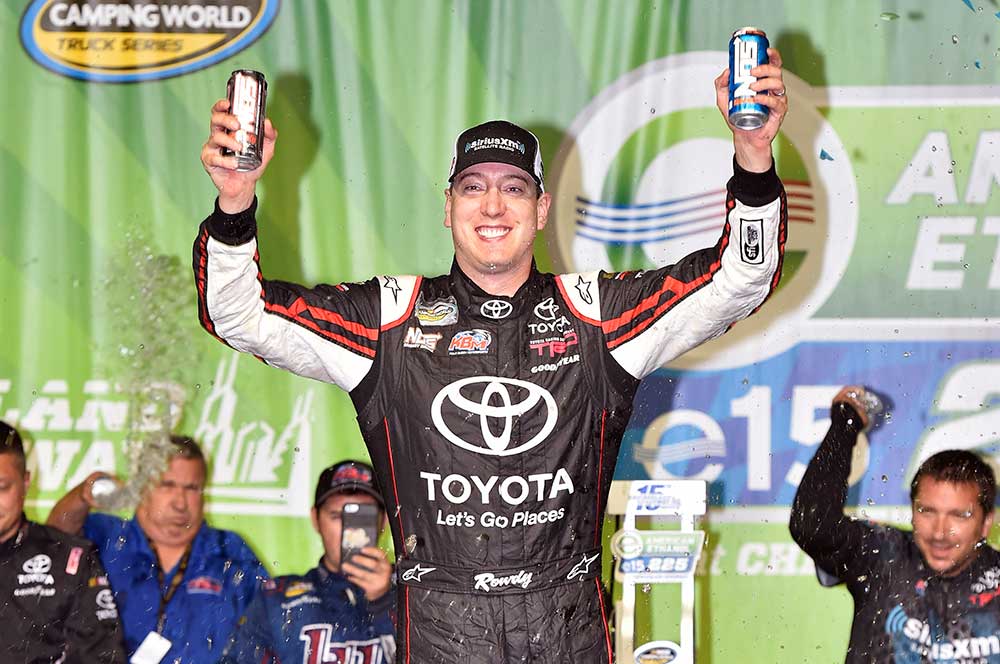 “We are very excited to have Textron Aviation and the Cessna, Hawker and Beechcraft brands as new partners for my five races in the Truck Series for 2017,” Busch said.

He continued, “Textron Aviation’s commitment to multiple teams across multiple levels in NASCAR shows that they are a company that knows how to build successful programs and I’m looking forward to seeing our program take off at Atlanta.”

Busch will make his 2017 Truck Series debut Saturday March 4 at Atlanta (Ga.) Motor Speedway and will also race May 12 at Kansas Speedway in Kansas City, May 20 at Charlotte (N.C.) Motor Speedway, July 29 at Pocono (Pa.) Raceway and August 12 at Michigan International Speedway in Brooklyn.

Announcements for the rest of the driver lineup that will share driving duties behind the wheel of the No. 51 Tundra with Busch are forthcoming.

Textron Aviation Inc. is the leading general aviation authority and home to the Beechcraft, Cessna and Hawker brands, which account for more than half of all general aviation aircraft flying. The Textron Aviation companies include Cessna Aircraft Company and Beechcraft Corporation, bringing together decades of unmatched experience in designing, building and supporting airplanes.

Its broad range of products include such best-selling aircraft as Citation and Hawker business jets, King Air and Caravan turboprops and T-6 military trainer aircraft, all of which are backed by the industry’s most capable global service network.