As of today, fallout from the dirt racing incident continues. A civil case has been re-filed by the family of Kevin Ward Jr. That case now resumes where it left off.

On January 5, 2017 Tony Stewart elected to withdrawal his appeal claiming his insurance company should cover the lawsuit of a civil case against him.

That insurance battle has been ongoing. However, now that the insurance ruling is final and out of the way, another case rises to the surface. The Tony Stewart vs Kevin Ward Jr Family lawsuit resumes. 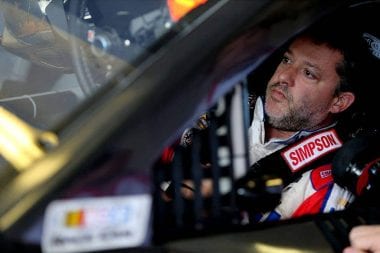 The family lost the grand jury case as Tony Stewart was found ‘not guilty’ on all charges. Now, nearly two and a half years after the incident, the civil case is just getting underway.

Tony Stewart has recently stepped away from his NASCAR racing career. He now enters a new chapter as the national dirt racing driver. His first dirt race of the year is scheduled for February 9th at Bubba Raceway Park, a track owned by his friend Bubba Clem.

A mediation date has been set for April 18th, 2017. The wrongful death lawsuit against Tony Stewart surfaced on Thursday in court documents. The parties will get together and set an official date for the trial to begin. A date that is agreeable to both parties.

Since Tony Stewart has officially withdrawn his insurance ruling appeal he will be forced to cover the cost of the case himself. Any amount awarded to the family of Kevin Ward Jr will come from Tony Stewart himself.

Tony Stewart has claimed that he didn’t see Kevin Ward Jr running down the banking toward his car until the last second. His story rings true to other drivers as well. The driver of the car just in front of Stewart nearly hit the driver as well. Kevin Ward Jr was in an all black racing suit on a dimly lit racetrack.