We will have an INDYCAR Driver on American Ninja Warrior

Following in the athletic footsteps of fellow drivers Helio Castroneves, Tony Kanaan and Josef Newgarden, Daly will venture to San Antonio this weekend to participate in a regional qualifier for the Emmy-nominated NBC obstacle course challenge show that will air its ninth season this summer.

Daly, 25, will make his bid to complete the challenge course sometime after dark Sundaynight. The AJ Foyt Racing driver got a taste of the task ahead when the show held a regional competition last April in Indianapolis that included Castroneves, Kanaan and Newgarden as participants. Daly was permitted to try one of the obstacles, the Circuit Board, for an online segment of “American Ninja Warrior: Crashing the Course.”

While Daly didn’t fare well that day, he is excited to compete in San Antonio. The episode from the San Antonio regional is scheduled to air June 19, the Monday leading in to the KOHLER Grand Prix at Road America (June 25, NBCSN).

“When I got the call saying it was a possibility for me to compete on ‘American Ninja Warrior,’ I was pretty stoked,” Daly said. “After seeing my fellow Verizon IndyCar Series drivers compete last year, it looked like a lot of fun. I haven’t had the chance to do much ninja training yet, but since we are already in season I’m pretty happy with my physical fitness level.

“I certainly was not born a nimble ninja, I’ve always been a bigger guy, so this should definitely be interesting.”

Since he experienced the “American Ninja Warrior” competition in 2016, Castroneves offered some sound advice for Daly.

“Take your time, don’t rush into the next obstacle,” the Team Penske driver said. “Obviously, observe the others that are able to pass through. Don’t focus on only one stage, that was my mistake last year. You should be thinking about the other ones. I was so worried about the first two that I forgot the third one. So if he can see all the stages and look through those things, hopefully he can do really well.” 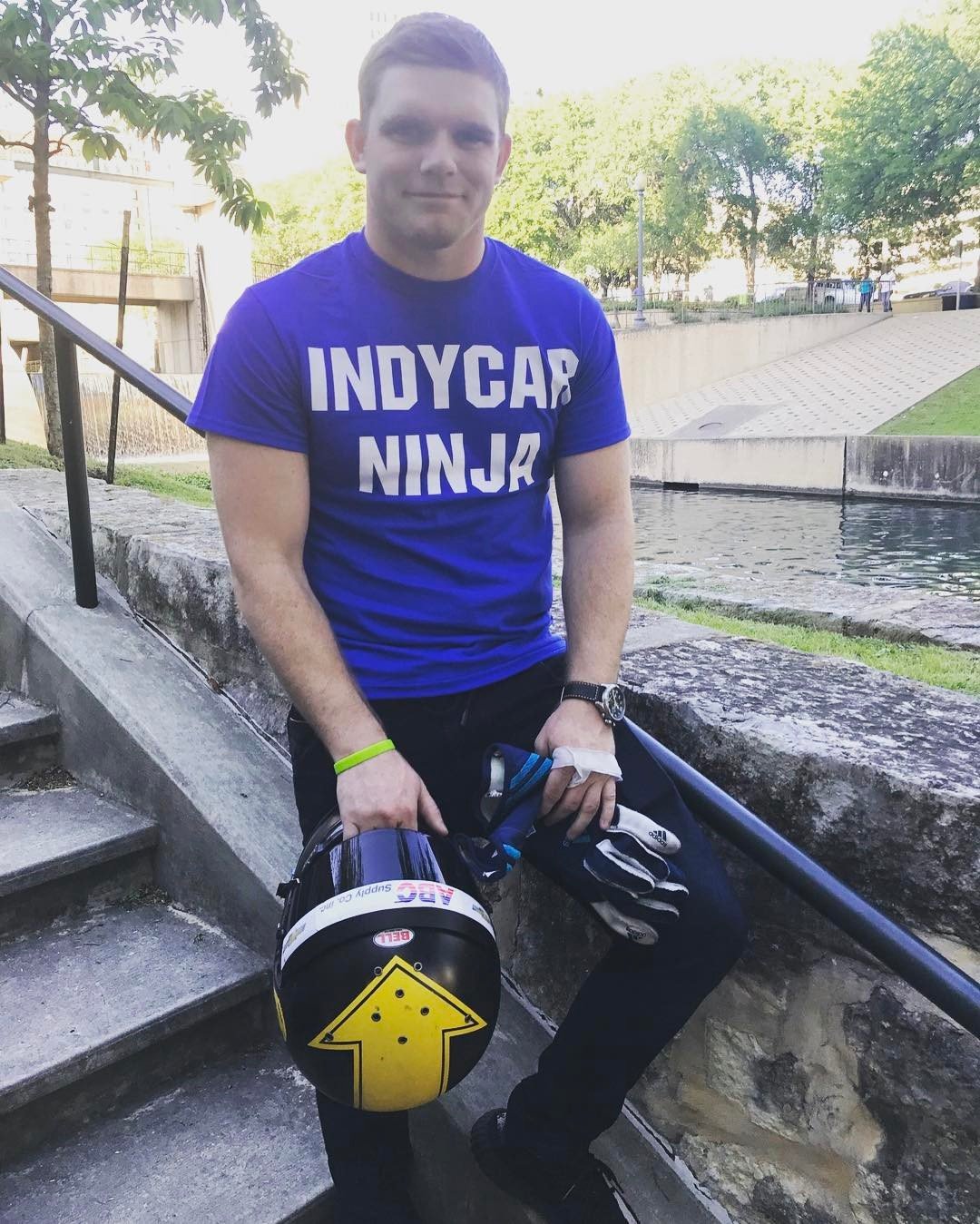 Schmidt Peterson Motorsports driver James Hinchcliffe hasn’t been through the grueling competition, but as one of Daly’s best friends, felt compelled to offer his advice as well.

“We saw last year with Josef, Helio and TK that it’s no mean feat to do that,” said Hinchcliffe. “Those guys are all good athletes and it certainly highlighted how difficult of a challenge that competing on it is. I wish him all the best and just hope he comes back in one piece.

“One thing I have to say is that he doesn’t get to come back after it and call himself a ninja. No way!”

“American Ninja Warrior” is conducting regional competitions in San Antonio, Los Angeles, Kansas City, Denver, Cleveland and Daytona Beach, Florida, over the next two months. Qualifiers from each of the regionals advance to the Las Vegas finals in late June. There, anyone who can conquer the Mt. Midoriyama course can win $1 million.

Castroneves, who has also represented INDYCAR on “Dancing with the Stars” and “Celebrity Family Feud,” recognizes the importance of Verizon IndyCar Series drivers appearing on popular national TV shows.

“It helps people who are not race fans see not only that drivers are athletes and able to do other things than driving a race car, but they can actually see the personality of each individual,” said the three-time Indianapolis 500 winner. “We all are able to demonstrate that we don’t need to be punching people to get attention.”