Joel Edmonds (#43 Spotter): “Did you lose your cowboy hat in there? Cause there’s one laying on the race track.”

Derek Kneeland (#42 Spotter): “If they want social media to blow up. I wouldn’t put the caution out for a cowboy hat.” 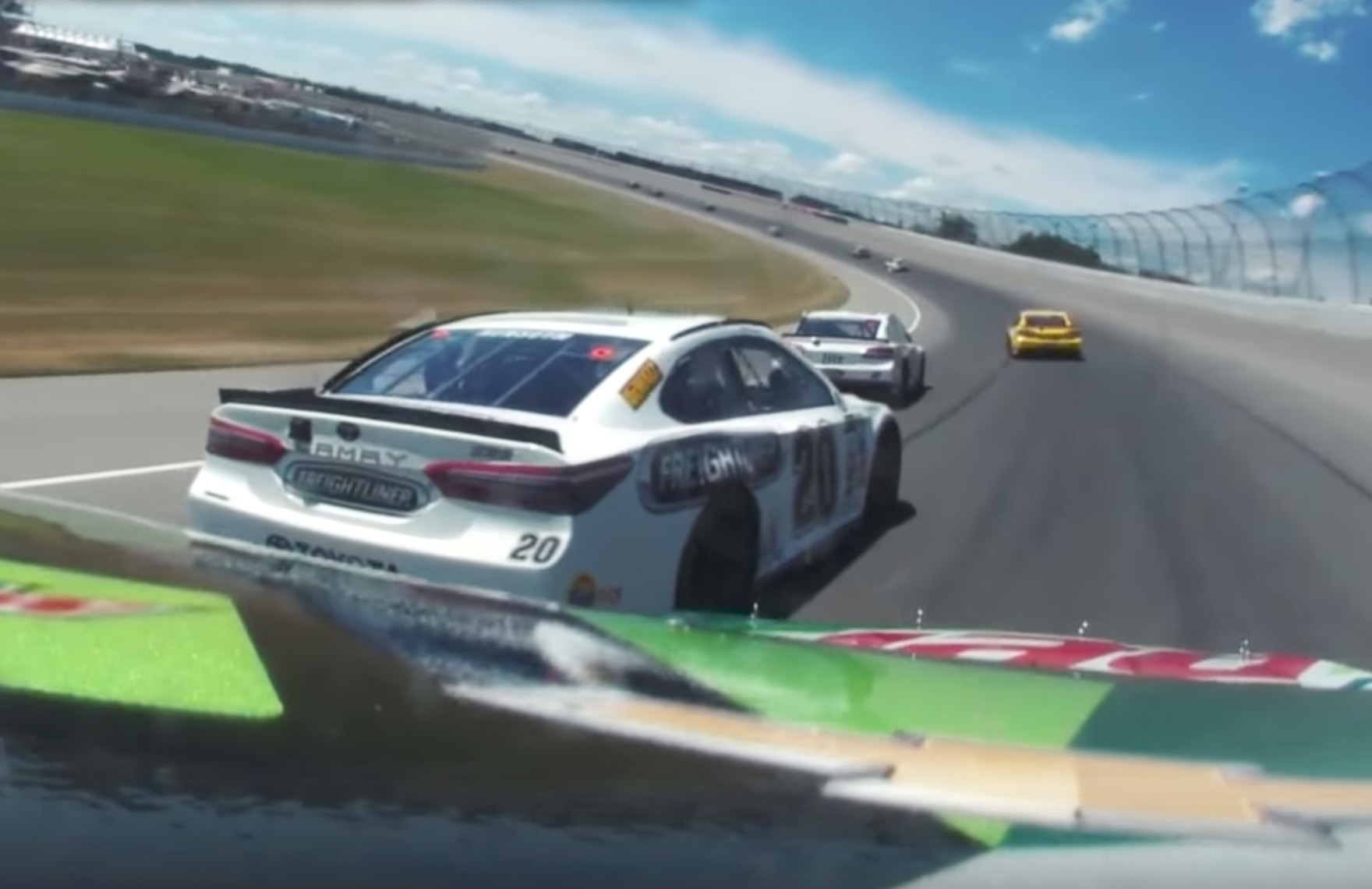 Matt Kenseth was on a charge at the mid point in the race at Michigan. Before he got to the front of the field he had to race through Dale Earnhardt Jr. A big, fast slide job got the job done.

At the same time, Matt Kenseth was also pressing the radio button. Kenseth radio, “What did he think was going to happen? Man.”

As Clint Bowyer went into the wall Dale Jr takes notice that Boyer has ‘No f****** luck.”

Jimmie Johnson and Chad Knaus can sometimes communicate like an old divorced couple. Though it’s worked pretty well for them so far. Knaus radio, “Are you doing that because you’re tight?”

Jimme Johnson responds, “No, cause I’m sliding loose in and hanging out there.” He continued laps later, “I just wish you would believe me. Like I tried those things. I know you’re trying to help but I can’t hold the f****** wheel down there, cause I’m loose in.”

Watch and listen to the Michigan scanner chatter below from the Monster Energy NASCAR Cup Series race on Sunday.