The Scott Bloomquist team has been plagued with mechanical issues for the past few weeks. Since his win at the Dream on June 10th, a host of various issues have surfaced.

The last two were the most curious. At Lernerville, he was forced to the pits, just after the parade laps before the field ever took the green flag. At Portsmouth, the issues began under caution. At both of those races, the engine would sputter and eventually stall completely. Unable to re-fire.

Issues in the previous two Lucas Oil Late Model Dirt Series races have significantly tightened up the points battle. Upon leaving the Show-Me 100 at Lucas Oil Speedway (May 28) Scott Bloomquist had 135 point lead on Tim McCreadie.

Following mechanical problems at both Magnolia and Portsmouth, the point lead has been sliced significantly. After Mansfield Motor Speedway, Bloomquist now leads by just 55 points over Josh Richards.

Ahead of last night’s event at Mansfield Motor Speedway, I checked in with Scott to see what issues Team Zero has been chasing.

What’s going on with your car in the last two Lucas Oil races? [Magnolia + Portsmouth]

Scott Bloomquist, “The last two have not been the [same] issue. We had an issue at Lernerville, the Outlaw show. Then, a similar thing happened again [at Portsmouth].”

“We’re trying to pinpoint it. It’s like it’s vapor lockin’ and it just quits running.”

You still don’t know why?

Team Zero is on it, “We’ve changed the pump. It ran, without any trouble, until 30 laps into the race [at Portsmouth Raceway Park]. It was after slowin’ down and pulling into the pits that it happened.”

Bloomquist explains the symptoms, “As long as you’re racing, there’s plenty of fuel flowing through the pump and it stays cool. If you stop or if you have a caution, that’s where the problem is. So, I sure can’t stand to dig in.”

Bloomquist details those precautions, “We changed the power steering pump and the fuel pump and door. And made some other precautionary measures hopefully to keep it cool.”

The mechanical issue at Portsmouth Raceway Park wasn’t the same thing that happened at Magnolia?

Scott Bloomquist, “No, that was electrical [at Magnolia].”

“All these issues, it’s sometimes difficult to figure out exactly, what is causing it. There’s nothing on the car the same.”

I’m hearing whispers in the pits of you purposely trying to run 7 cylinders. Is there any truth to that?

He explained where those rumors surfaced from, “That’s from an interview I gave. I lost a cylinder and I took the engine out to the pack. It’s not something we’re trying to do.” 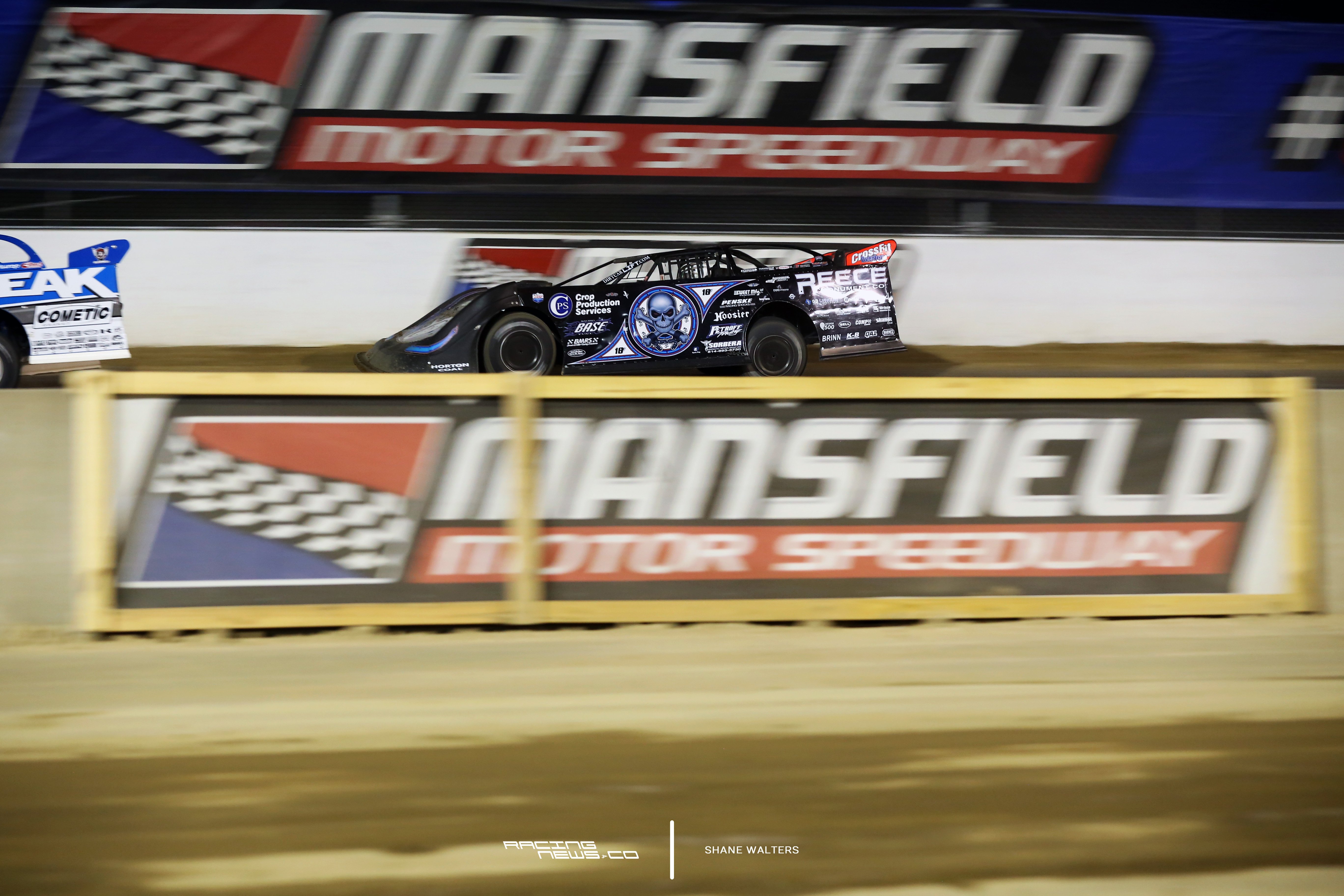