MOORESVILLE, N.C. (October 25, 2017) – In one of the organization’s most anticipated moments in its history, Richard Petty Motorsports announced today Darrell “Bubba” Wallace Jr. as the new driver of the No. 43 made famous by team co-owner, “The King” Richard Petty.

Wallace, 24, will compete full-time in the Monster Energy NASCAR Cup Series and for the Sunoco Rookie of The Year beginning at the 2018 Daytona 500.

Wallace, a native of Mobile, Alabama, is already one of the sport’s most popular figures with an incredible record of success behind the wheel.  A graduate of both NASCAR’s Drive for Diversity and NASCAR Next programs, Wallace has broken several barriers and records throughout his rise within the sport.

Earlier this season, Wallace made his Monster Energy NASCAR Cup Series debut as a substitute driver for the injured Aric Almirola in the No. 43 for Richard Petty Motorsports (RPM) at Pocono (Penn.) Raceway on June 11.  Wallace showed rapid improvement over the four races he participated, substantially improving his finish position every race, culminating with an 11th place finish at Kentucky Speedway on July 8.

Related: NASCAR is involved in the sponsorship search for Bubba Wallace 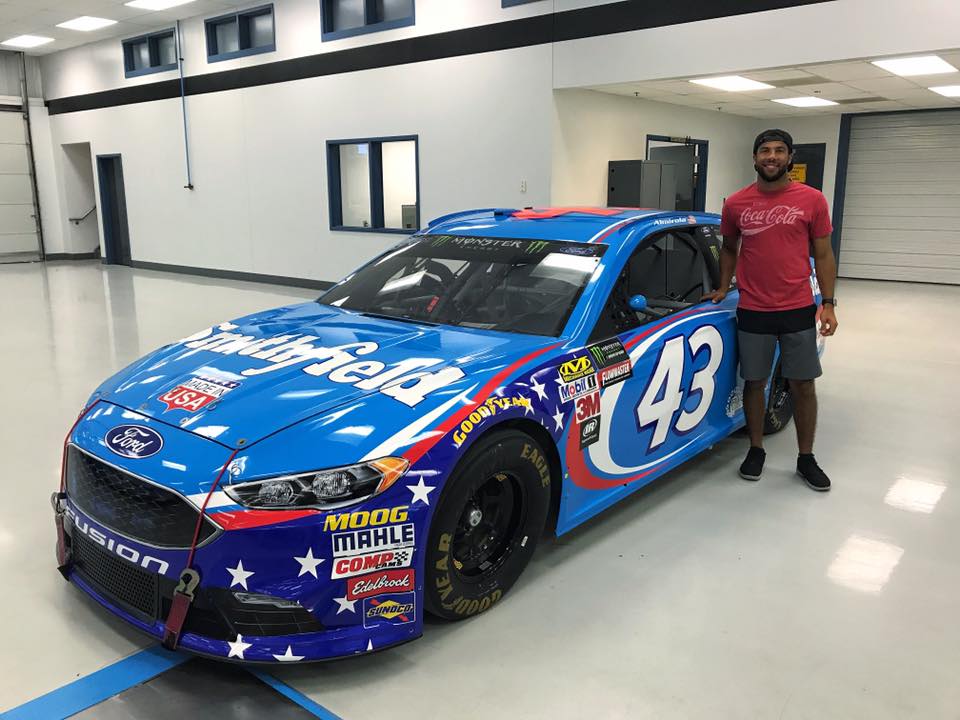 Wallace moved up full-time to the NASCAR Xfinity Series with Roush Fenway Racing in 2015, where he earned 31 Top-10 finishes over the last three seasons before making his Cup debut in June with RPM.

“This is a dream come true to race for ‘The King’, Richard Petty Motorsports, the iconic No. 43 and for all the fans and partners that have and continue to support this team,” said Wallace.  “I believe in what Richard Petty Motorsports is doing and their desire to win races. I believe this team, its partners and fans are ready to see some great things again.  I’m humbled that they have chosen me to take that next step with them. I’m ready for next season to begin and to prove to people that we can compete at the level we all expect to be at.”

Veteran and winning crew chief Drew Blickensderfer will continue to lead the No. 43 team in 2018 with Wallace.  Petty believes that Wallace brings the current youth movement to RPM.

“We have hired a lot of different drivers in the past, but Wallace brings a lot of youth and talent to our team,” explained Petty.   “He’s proven at a young age to be able to be consistent on a weekly basis, give feedback to the team to help improve the car and race hard to get the best finish possible.  He knows how to win, too.  His records leading up to the top levels of NASCAR speak for themselves.  We feel that Bubba can immediately come in and compete.  He’s really eager to show what he can do and that he belongs in the Monster Energy NASCAR Cup Series.”

Wallace will become the first full-time African-American driver in the Monster Energy NASCAR Cup Series since Scott.  Partners for Wallace and the No. 43 team for the 2018 season will be announced at a later date.

A performance and marketing driven company, Richard Petty Motorsports, co-owned by NASCAR Hall of Famer Richard Petty and successful business entrepreneur Andrew Murstein, is one of the most recognized brands in all of motorsports. With a history of over 200 wins and business partnerships with national and global leaders, today the race operation fields one team in competition in the NASCAR premier series.

PREV POST
How often does NASCAR create a new rule in the drivers meeting?

NEXT POST
In-car radio of Matt Kenseth during disqualification