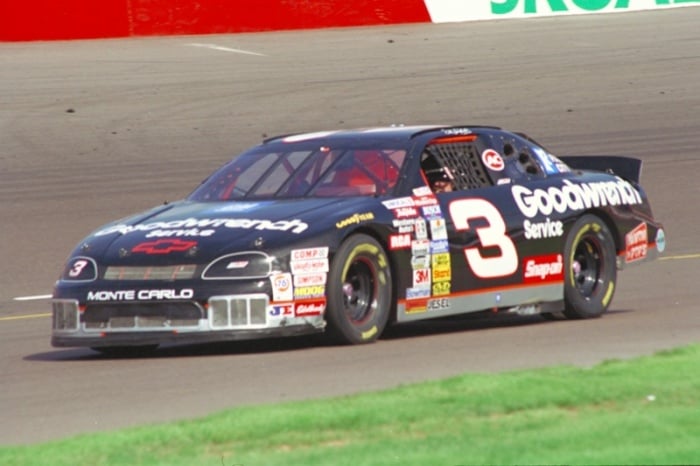 AVONDALE, Ariz. — Sitting in a motorhome at Watkins Glen International along with Richard Childress and Teresa Earnhardt, Dr. Jerry Punch looked at a certain seven-time NASCAR champion and delivered a message — don’t do it.

Two weeks earlier, Dale Earnhardt had suffered a severe crash at Talladega that had broken his collarbone and dislocated his sternum. The bottom part of his fractured breastbone was sticking up about an inch beyond the site of the break, making it difficult for Earnhardt to breathe, and nearly impossible for him to raise his left arm. And yet, he had competed the week after the accident at Indianapolis. And now he wanted to drive at Watkins Glen.

They called him “Ironhead” for a reason, after all.

“In spite of us telling him how dangerous it was, and how painful it was, he wanted to be in that car,” Punch said. He was reminded of that episode from 1996 by the crash last weekend at Daytona that left Nationwide Series driver Michael Annett with a fractured and dislocated sternum. Annett had the injury repaired Thursday with screws and a metal plate, is currently resting at home and could miss up to two months. For a 26-year-old driver with a long career potentially ahead of him, it was the safe and sensible approach.

But 17 years ago, NASCAR didn’t have the medical liaison system it does today. And that kind of layoff didn’t seem an option for a driver whose legendary toughness had become an entrenched part of his persona. The crash at Talladega had been a frightening one — the black No. 3 car turned over after being struck from behind, skidded through the tri-oval on its roof, was struck by other vehicles and rolled down the frontstretch. Earnhardt climbed out, and refused to be loaded onto a stretcher.

The next week at Indianapolis, he also refused to get out of his race car. It was Punch who pulled the straps down on Earnhardt’s harness that day, the driver’s bones popping as the tight belts were affixed around him. “I don’t see how he withstood it,” said Punch, a trauma physician who also serves as an ESPN reporter. “I told him he was ridiculous.”

He was also human. Earnhardt made just six laps at the Brickyard that day before turning his car over to relief driver Mike Skinner, then a Truck Series regular. “I wasn’t in much pain driving along out there,” he told reporters that day at Indianapolis. “Our plan was to get (Skinner) in there in case something happened so I wouldn’t hurt myself any more.”

Which was a distinct possibility, given that the pieces of a fractured sternum can endanger other vital body parts — including the heart, lungs and aorta — located in the vicinity. The following week at Watkins Glen, a road course that demanded so much gear-shifting and so much turning of the wheel, Childress and Teresa Earnhardt summoned Punch to the motorhome lot to try and talk Earnhardt out of starting the race.

Needless to say, it didn’t work.

“He couldn’t raise his left arm and he couldn’t breathe,” Punch recalled. “… Richard and Teresa were getting me to help convince him to not get in the car, for his own safety. He looked right at Richard and said, ‘If you tell me, Richard, I’m going to hurt this race team by being in your race car, I won’t get in it.’ Richard said, ‘Are you kidding me? You’re Dale Earnhardt. I cant tell you you’re going to hurt my race team by being in my car.’ And Dale said, ‘All right, it’s done.’”

What happened next became a fixture in NASCAR lore. Punch was calling qualifying on ESPN along with Benny Parsons, and before Earnhardt went out turned off his microphone. As a physician, he knew the risk Earnhardt was taking. “Let’s hope he doesn’t slide off this course and hit something,” Punch told his broadcast partner. “He might not make it back.”

He did more than that. Shifting and steering with one hand, sometimes using his knees to work the wheel, Earnhardt blitzed around the road course in a track-record time. “When you’re going after something like we were in qualifying … you don’t feel the pain that much,” he told reporters then. David Green was there as a standby driver on race day, but Earnhardt didn’t need him. He went the distance and finished sixth.

“It hurts,” the Intimidator said then. “But it’s a good hurt.”

Jeff Gordon was dominating NASCAR; The bosses told him to slow down