Each race will pay $5,500 to win and $550 to start on four tires races just as it did in year one. In addition to the quality purse on the line at each race; an unprecedented program announced in the near future will make the CARS Tour an unmatched option available to competitors.

Hickory Motor Speedway, Orange County Speedway, and Southern National will all once again host multiple races this upcoming season. Races at Tri-County Motor Speedway and Concord Speedway produced some of the most intense battles on the track this past year so it’s only fitting the two facilities return in 2016.

Multiple trips to the Palmetto state will occur with Myrtle Beach Speedway returning to the schedule, and for the first time the half mile Greenville-Pickens Speedway will host the CARS Tour on June 25.

“We have assembled a great ten race schedule for the 2016 season that has us excited about next year already. Just like last year, we reached out and worked with the parties that were willing to work with us to avoid conflicting race dates for the fans, competitors, and series alike,” explained Jack McNelly, CARS Tour Owner. “Many of the returning tracks feature the same dates as they were on in 2015 to help build and create tradition and familiarity with fans. This year exceeded our wildest expectations, however; we feel with a year under our belts next year has all the potential be even better.” 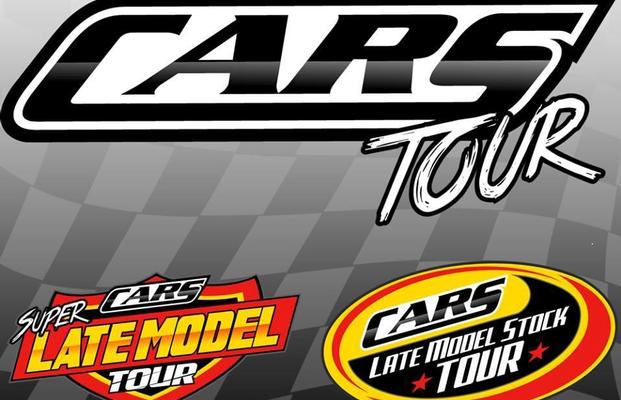 For more information and to stay up with all the latest news and information on the all new CARS Late Model Stock Tour and the all new CARS Super Late Model Tour visit www.carsracingtour.com or contact the series directly at 704-662-9212. You can also follow the tour along on Twitter @CARSTour and stay connected via the tours Facebook page by liking “CARS Tour”.